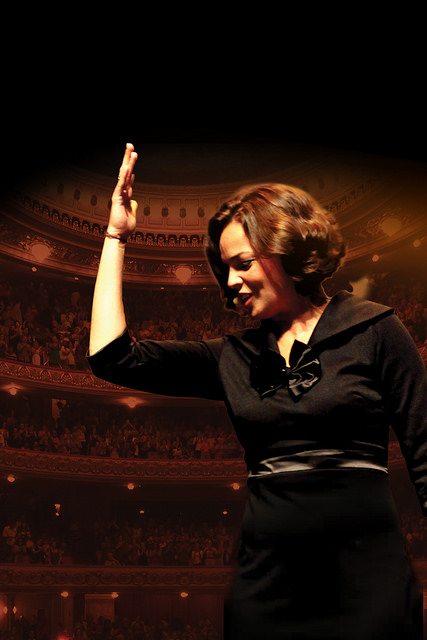 In celebration of the 60th anniversary of Edith Piaf’s legendary final performance at Carnegie Hall, Piaf! The Show comes to Carnegie Hall on Jan. 6, 2017. In two 45-minute acts, the show narrates the rags-to-riches story of the Parisian singer’s career, as complemented by a visual tapestry of previously-unreleased photographs and images of famous locations of the Edith Piaf era. The Carnegie Hall show is the highlight of the American leg of a tour that has sold out in many cities around the world with over half a million tickets sold in more than 30 countries.

Anne Carrere, star of Piaf! The Show, is a native of Puget Ville, a small town in the South of France. She studied at the renowned art school Salon-de-Provence and is diversely-skilled, trained within the classical, jazz and breakdance dance styles. The show’s director Gil Marsalla, began studying music at the age of 14 and is an acclaimed musician, music director, conductor and artistic director. Since 2007, he has been touring his productions worldwide and has successfully presented his shows to sold-out houses in New York, Los Angeles, Washington D.C., Tokyo, Moscow, Rio de Janeiro, Sao Paulo, and Montréal.

Downtown spoke to both Anne and Gil about Piaf! The Musical and their personal histories with our city. For more info on Piaf!, visit www.piaf-theshow.com.

What do you love about New York City?

Anne Carrere: I love the power of the city; you feel such positive energy here, like everything is possible. Also, the incredible variety of people you see all around you — so many different cultures, so many different things to eat — bagels and dim sum and empanadas! New York is truly a melting pot. I don’t know New York City very well. I’ve only been here two times. The first time was for a showcase at the APAP Convention to present Piaf! The Show last January and the second time was last October for a performance at Symphony Space. I hope to have more time to explore New York and sample everything, but we are always very busy and constantly on the move when we are on tour.

Gil Marsalla: New York is my favorite city in the world, after Nice, that is! New York is where all of my success began when I came here in 2009 with my first tour of an earlier Piaf! production. New York is one of the greatest centers of show business in the world, and Carnegie Hall is the perhaps the most prestigious venue in New York. In Europe we all have heard of Carnegie Hall, where Edith Piaf performed in 1956 and 1957. Just a few French stars have performed there, so it will be an honor to represent France and present Edith Piaf there on Jan. 6.

What do you like to do when you are in New York City?

AC: I have only been here two times before and had no time to visit the most famous sites like The Empire State Building, the Statue of Liberty, or Ground Zero, but one time I took the Staten Island Ferry to see the New York City skyline by night, and it was awesome. I also walked around Times Square and was dazzled by the lights of Broadway. I would love to stay for many months. Perhaps one day the show will play on Broadway, and I’ll see my name in lights! That would truly be the thrill of a lifetime.

GM: I’ve been to New York many times, but for me it always feels like the first time. I love this city very much. I love to wake up early in the morning, go for a run in Central Park and afterwards have corned beef hash in a neighborhood diner — so different from France!

What does Carnegie Hall mean to you?

AC: It’s amazing! I can’t believe that I’ll be performing there in January. It’s a dream come true for a young French singer like me. I’m so excited, and I hope the audience will love the show. I’ll be under a lot of pressure before I step on-stage, remembering that Piaf gave one of the greatest performances of her life there. This is a very important step in my career. Presenters from all over the U.S. will be in the audience.

Gil: I first visited Carnegie Hall many years ago as a young French tourist and I said to myself: One day I’ll produce a show here. And here we are, only 20 years later! I’m very aware that Edith Piaf, Charles Aznavour and Jacques Brel — all of the legendary French singers — performed there, not to mention all of the other great artists from around the world. I am very proud, and humbled, to be in their company.