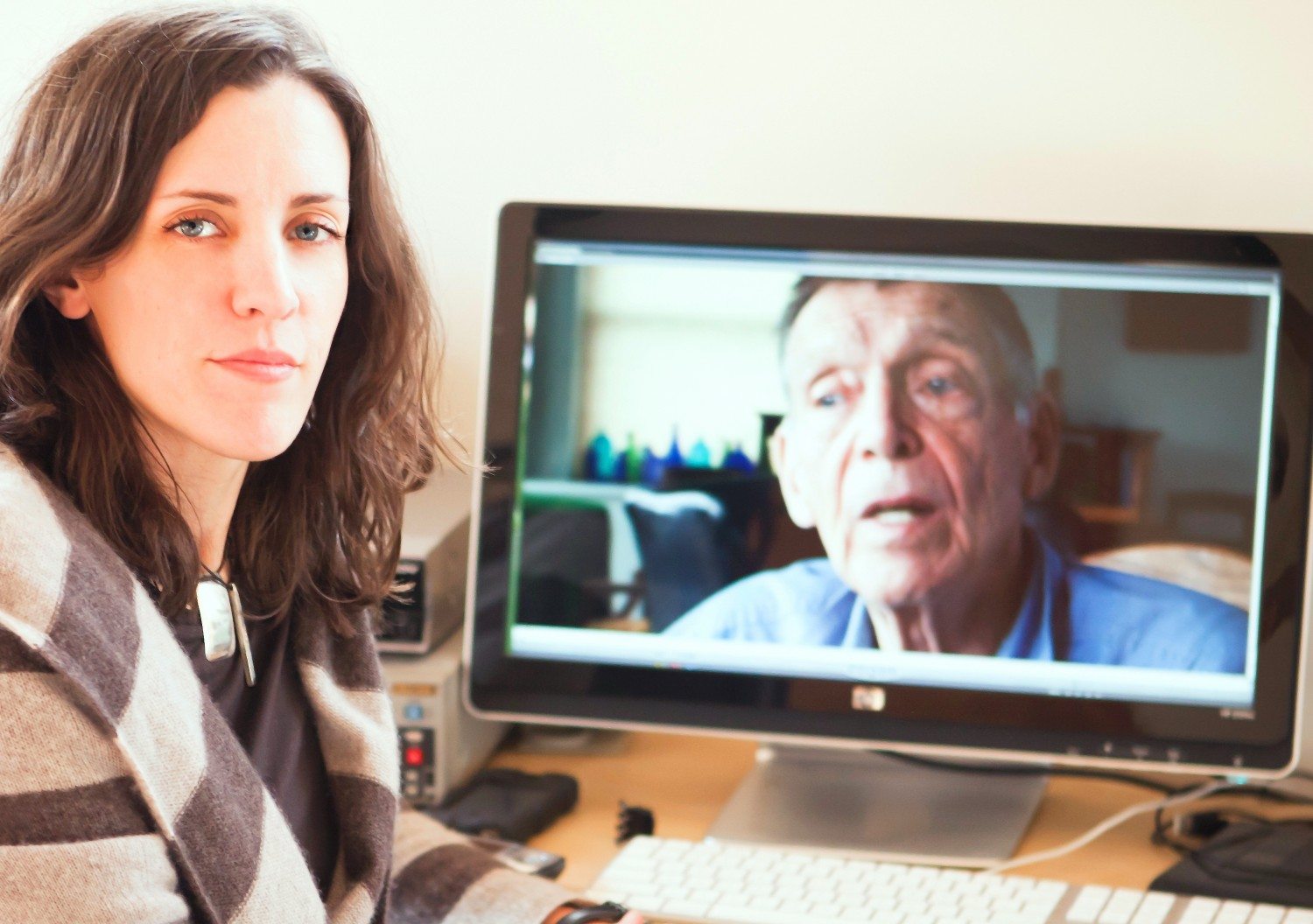 Putting my ignorance out there in the forefront: I never dance by choice and have only seen ballet live once. But there are few things that I love more than a documentary about a true master of a craft. In turn, Paul Taylor: Creative Domain captured my attention as the legendary choreographer gave unprecedented access to filmmaker Kate Geis.

Kate kindly answered some questions for Downtown Magazine about both herself and the Creative Domain film. I was surprised to learn of her comedy-oriented past as many of her recent credits have been of a more serious and/or scholarly nature. Most of her education and early adult life was spent in New York, which remains home to the Paul Taylor Dance Company.

But I was further surprised to learn how Kate was able to maintain such a strong career while living in Northampton, Massachusetts, a town that produced President Calvin Coolidge, The Real World co-creator Mary-Ellis Bunim, MSNBC host Rachel Maddow, Hungry Caterpillar author Eric Carle, author Kurt Vonnegut, the Teenage Mutant Ninja Turtles and rock band NRBQ…which on second thought, maybe that’s not such a bad place to be as an artist.

Paul Taylor: Creative Domain opens at Manhattan’s Film Society of Lincoln Center on September 11th. Screenings and other information about the documentary can be found at http://www.paultaylorcreativedomain.com.

Where in New York City did you grow up?

Kate Geis: I moved to the New York area to Long Beach [on Long Island] when I was nine years old from the Soviet Union. I moved to Manhattan in 1983 and grew up on the Upper East Side, but I was always a Brooklyn kid at heart, I think. I moved there after college and lived above Queen restaurant on Court Street in Brooklyn Heights for 13 years. The homemade mozzarella is amazing there, by the way.

A lot of filmmakers must eventually leave New York in order to get more work. Did you ever consider doing that? Or do you have a comfortable niche here?

K: I started out working at Saturday Night Live, The Dana Carvey Show, MTV… I was on a comedy/entertainment track for a while and later started focusing on short form docs at Metro TV and then ultimately more long from documentaries for Channel Thirteen. I think I was always more interested in the TV buffet that New York had to offer than Los Angeles, where many of my friends in entertainment went.

I did eventually move, but just three hours away from New York to Northampton, Massachusetts when I met my husband. So I moved for love. My work life here is pretty interesting, and I travel for work. I document artists, activists, educators, and produce the Ask The Editor video series for Merriam-Webster.

How did you first find out about Paul Taylor?

K: My parents were in the foreign service, and their career brought us to the Soviet Union. My dad hosted American artists and performers, which included the Paul Taylor Dance Company, in the late ’70s. He impressed upon me how important an artist Paul was when I was nine years old. I only knew Russian ballet at that age, and Paul Taylor blew my little mind. His was American movement, it was athleticism, it was joy. I don’t recall what dance I saw first but I like to think it was Esplanade.

Creative Domain wasn’t your first project related to dance. What specifically drew you to Paul as a subject for this film?

K: If there was one artist I would have wanted to make a documentary about it was Paul Taylor, that’s not an overstatement. I’ve always felt an attachment to his style of movement. I think it has a lot to do with being introduced to him when I was young, and seeing dance was really important for my family.

Where the good fortune comes in is that I met Robert Aberlin, a long-time board member with Paul Taylor Dance Company, who is the Executive Producer of Creative Domain. He asked me to make a fundraising video with him for Taylor 2, and the success of that project was what paved the way for us making Creative Domain.

For someone unfamiliar with Paul, how would you describe Creative Domain?

K: I have a dear friend who owns a cafe in Northampton, who had never seen Paul’s work before this film, she was fascinated by him. She is all about craft, and doing something to the best of one’s abilities. Paul is cut from that cloth but has taken his craft to a level of mastery that is mesmerizing. His personality and his devilish sense of humor also draws the audience in.

What was the biggest challenge of making Creative Domain?

K: Our biggest challenge was getting Paul to agree, which was Robert’s job. Paul is really most comfortable being alone. Interviews and being watched by a camera are not comfortable, so we took a different approach to documenting him which was mostly staying out of sight, and just leaving the cinematographer Tom Hurwitz and the soundman Peter Miller in the room to create their art. Most of the time I spent with Paul was editing him.

How did you wind up in the non-fiction end of film? Were any particular documentaries inspiring to you when you were younger?

K: The Children Of Theater Street was the first documentary I ever saw. It was about the Kirov ballet school and the children in it were my age, so I was really taken by them and their experience. It’s quite a stylized documentary, not verite, you are told to what to think every step of the way, but I loved it. It’s also a love letter to Leningrad/St. Petersburg too. It’s a gorgeous film.

Once you’re done with promoting Creative Domain, what’s ahead for you? Do you have any projects in production now?

K: From a client standpoint, I’ll be filming our next batch of Ask The Editor videos with Merriam-Webster in October. In terms of documentaries, I have a couple of projects that I am in pre-production on, one is on making art and healing the brain.

K: I have an amazing eight-year-old daughter and a really sweet husband, so spending time with them is what I like to do most. And if I can throw in some international travel on top of it, that’s the ultimate.

Finally, Kate, any last words for the kids?

K: I spend a lot of time working with young people who are just getting out of college, and I always tell them that they need to always have a project, something that keeps them engaged and excited with work, life, being human…something that really speaks to them so that they are expressing themselves. We all have something to say about this wild ride we are on. I think Paul Taylor has done that for 60 years through dance and I admire him immensely for it.