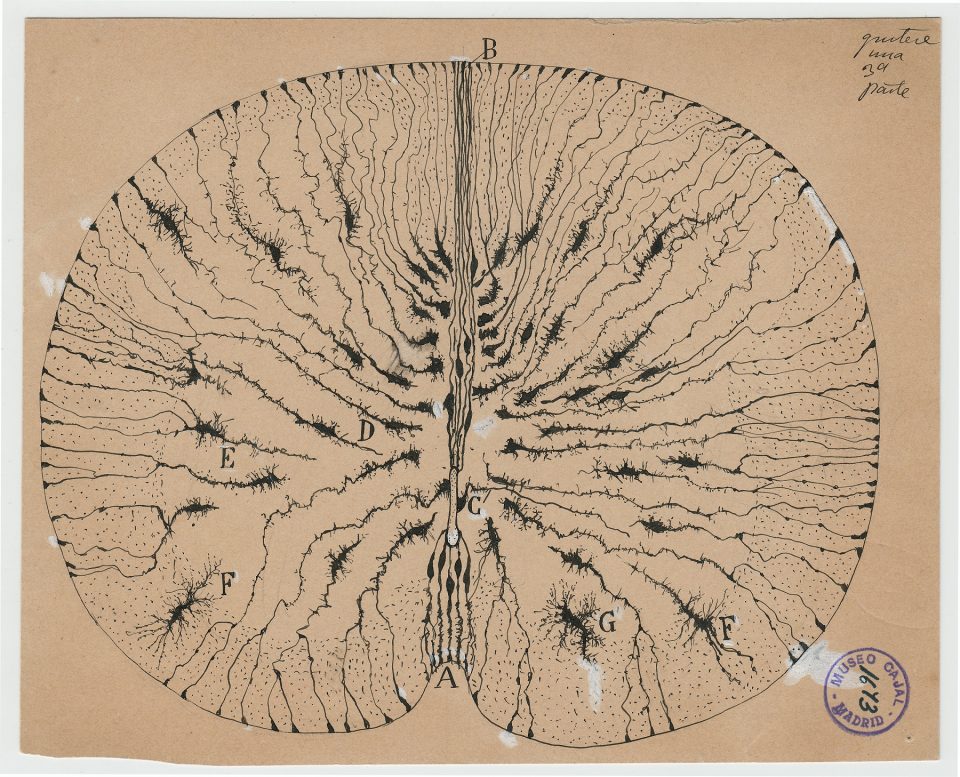 The Beautiful Brain: The Drawings of Santiago Ramón y Cajal exhibit is now on display at the New York University Grey Art Gallery through March 31, 2018. The exhibit which originated from the University of Minnesota showcases a cross-discipline show for art and science admirers alike.

Cajal, who is known as the father of modern neuroscience, was also a gifted artist. The gallery, which showcases 80 of his 300 drawings, draws a connection between his two great talents. An intern at the Grey Art Gallery, Kelly Ryser, described Cajal’s process of drawing as different than the usual observationist. She said Cajal would spend hours in the morning observing through the lens of a microscope, and for the second half of the day draw and idealized version from memory. “He never lost that passion for drawing and he carried that with him in his neuroscience exploits”, said Ryser.

His many ink drawings on display illustrate processes of the brain, cells, and neurons. Some of the drawings even include some type of white-out, “we can see what he wanted to omit” said Ryser, which is not typically visible in the drawings used in textbooks. Cajal was the winner of The Nobel Prize in 1906 for his Neuron Doctrine that discovered neurons are separated by small gaps. “We see that a lot in his life, Cajal will make big discoveries and not be confirmed until 50 years later.” said Ryser.

In the final room of the gallery, Cajal’s illustrations are displayed next to more modern images of the cells he once observed and hand drew. The juxtaposition shows how technology has advanced since Cajal’s time and what we can see now, that he could not see then. On display is a drawing Cajal made of a Purkinje Neuron, which has a strong allusion to nature, something that is evident in many of his illustrations. This section also includes an image that illustrates organization of the brain through water molecules called Forest Walk, by Steve Baote. “Modern scientific images still have artistry to them.” said Ryser.

The Beautiful Brain exhibit has drawn an array of visitors from scientists to fine art scholars and since it’s opening received a review in The New York Times from Roberta Smith.