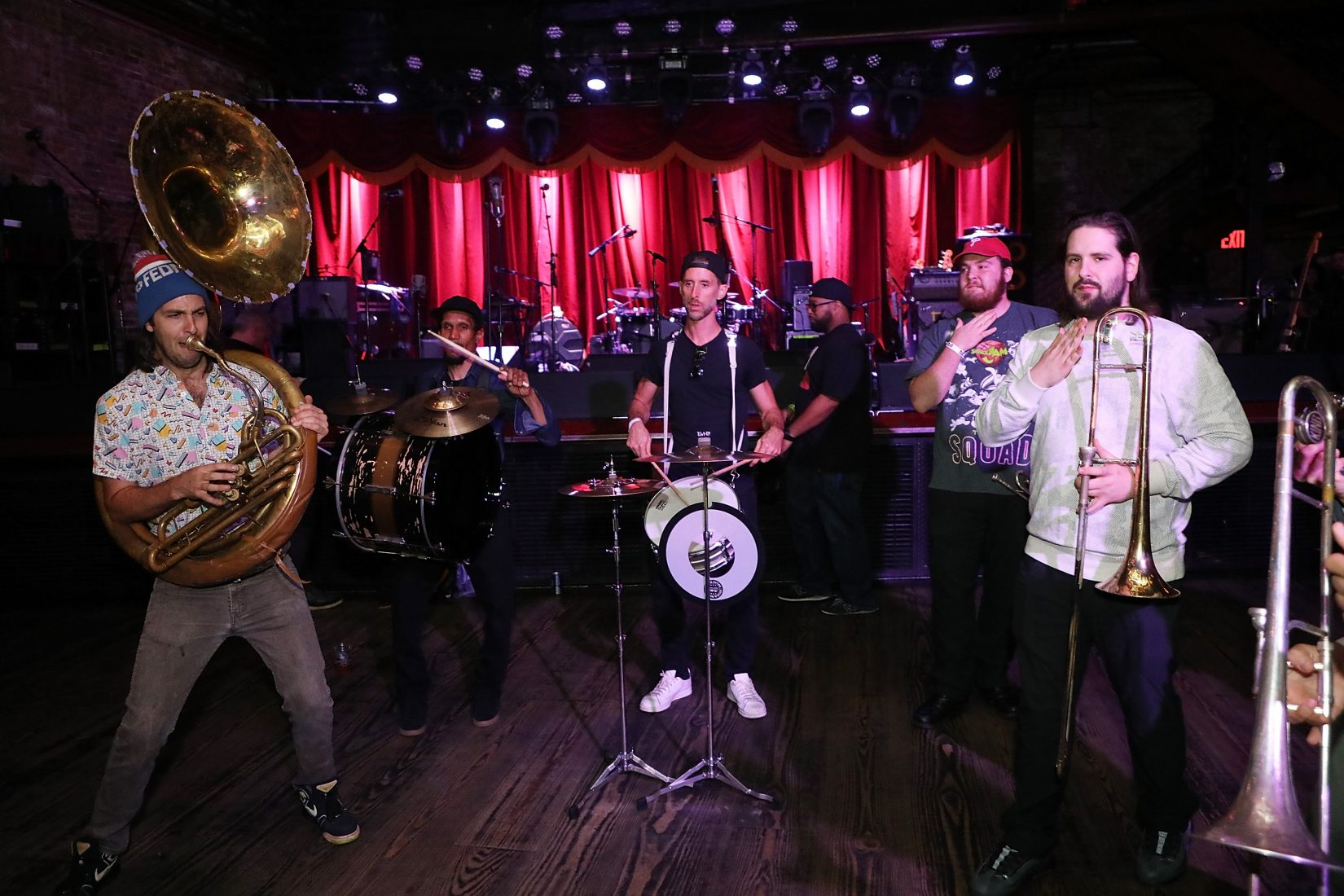 Thursday night, June 13th, New York Public Radio held a live event and fundraiser at Brooklyn Bowl. The event offered music, cocktails, fried chicken, and a chance to rub elbows with some of NY Public Radio’s biggest names. Early guests milled about, talking over drinks, filling out social experience bingo cards, and snacking on popcorn at some of the tables near the stage.

After a short DJ Set by members of indie rock band Yo La Tengo, the event exploded with live music from High & Mighty Brass Band. The musicians, looking like the world’s most Brooklyn marching band, marched in from the front of the room toward the stage. A crowd gathered as they performed in all of their Hawaiian-shirt-clad glory, the trumpet player sipping a beer between notes.

With attention drawn to the stage, Michelle Buteau–comedian, podcaster, and actress in the recent film Always Be My Maybe–introduced one band after another. Music was the centerpiece of the evening. The High & Mighty Brass Band got a second act, sandwiched between newcomers Red Baraat and Real Estate. Between songs, WNYC Radio Host John Schaefer snuck on stage to ask band members a few questions exploring, for example, the bhangra-driven music of Red Baraat with dhol-playing lead singer Sunny Jain.

All in all, it was a good time. The drinks flowed and the music brought the house down. I was, however, unable to locate that fried chicken. Maybe next year.