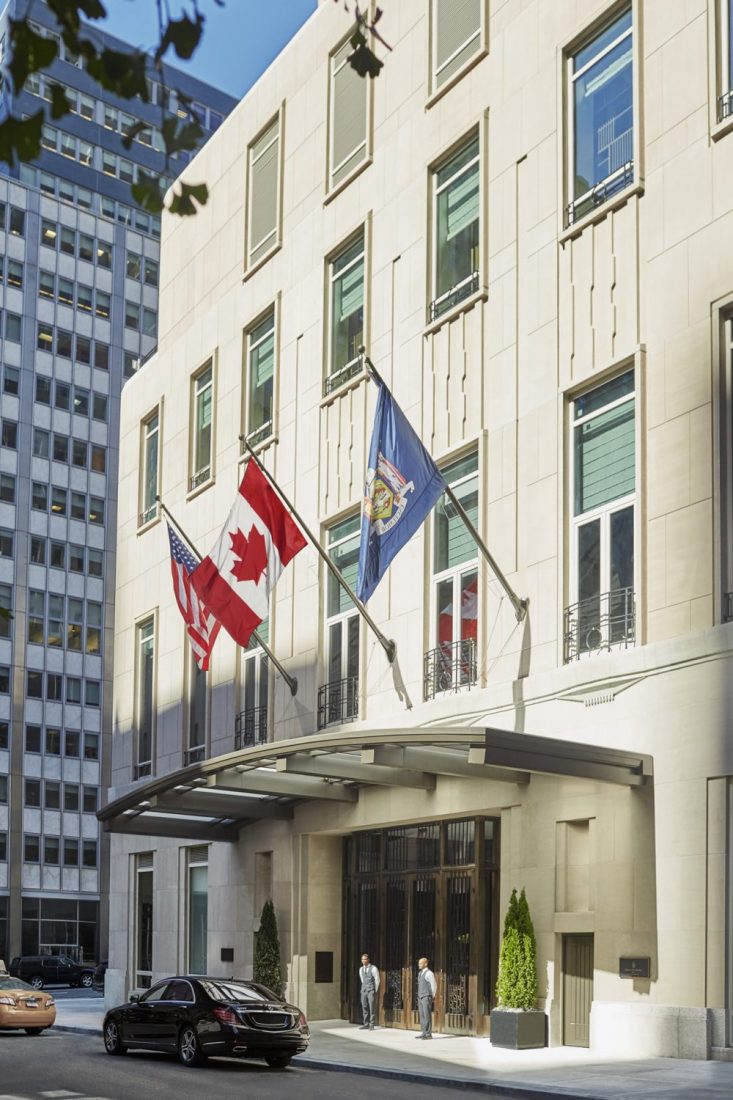 Four Seasons Hotel New York Downtown announced it will celebrate the New Year in style, with an exclusive promotion with iconic Italian jeweler, Roberto Coin. Each guest who checks in on December 31st at the new luxury property in Downtown Manhattan, will receive a gift certificate from Roberto Coin, with one lucky winner receiving a gift certificate valued at $10,000, redeemable at the Roberto Coin Boutique at Westfield World Trade Center.

Reservations are still available for New Year’s Eve. Call 1-800-819-5053 to experience the ultimate luxury staycation in Downtown Manhattan. As the cornerstone of the Downtown neighborhood, Four Seasons Hotel New York Downtown is an ideal location to cap off the New Year’s Eve celebrations for those attending parties and events in Lower Manhattan.

About Roberto Coin
Roberto Coin has been an icon in the jewelry industry for more than 30 years. His designs include his signature Appassionata Collection, the new Pois Moi Collection and the Roberto Coin Cento Diamond Collection.  His collection is available in Roberto Coin Boutiques and over 400 stores nationwide including better jewelry and specialty stores.

Since 1977 Venetian jewelry designer, Roberto Coin, has devoted his life to a passion for innovative design. Finding inspiration in the most unlikely of places he is truly an artisan at work. Experimenting with light, texture, color, and pattern, Coin’s style is ever evolving. His diverse collection, designed to fit every woman, is defined by a common thread—a thoughtful balance of elegance and creativity. Included in every piece of Roberto Coin jewelry is his signature ruby. The ruby symbolizes peace, prosperity, and happiness and is a special wish from the designer. For more information, visit us at https://us.robertocoin.com/

About Four Seasons Hotels & Resorts
Founded in 1960, Four Seasons Hotels and Resorts is dedicated to perfecting the travel experience through continual innovation and the highest standards of hospitality. Currently operating 106 hotels, resorts and residences in major city centres and resort destinations in 44 countries, and with more than 50 projects under planning or development, Four Seasons consistently ranks among the world’s best hotels and most prestigious brands in reader polls, traveler reviews, and industry awards.