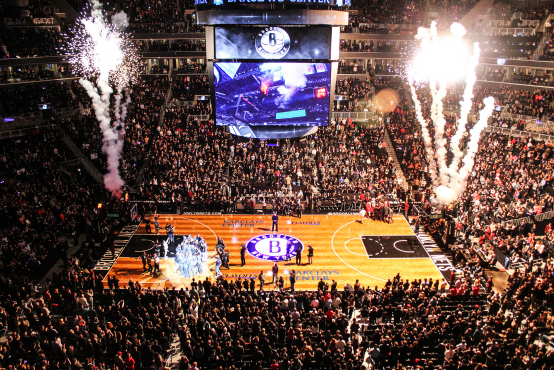 This is the Barclays Center, home of the Brooklyn Nets, banners hung all around saying the team is All In.  Even on a cold night in the city, underneath the coats and sweaters, the fans proudly wear their black and white jerseys.

The Brooklyn Nets may be struggling in the standings, but the team has taken the city by storm. While the franchise languished in New Jersey in relative anonymity for three decades, it’s rebirth in Brooklyn has been nothing short of phenomenal.

All-Star names like Kevin Garnett, Paul Pierce, and Deron Williams, are threaded through the lineup. Families sit side by side with celebrities in the packed arena. The atmosphere is never short of charge.

The team is situated in the beautiful and cutting edge Barclays Center…just eight minutes away by subway from Downtown Manhattan, the tickets are far more reasonably priced than those of the Knicks on the other side of the river and their community outreach has been evident everywhere.

Barclays first opened on  Sept 28, 2012, the first new major indoor sports arena in any of the five boroughs had seen since 1968. Its addition to the city has brought a sense of flare and modernization to the city. The venue offers a Starbucks, a Roc-A-Wear, and a ground level sit luxury suits with no view of the court that surround an exclusive nightclub, The Vault. Where you can find celebrities by the likes of  JAY-Z or Giants wide receiver Victor Cruise.

And at the core of this venue is the basketball court, with its surrounding 17,732 seats to be filled with dedicated fans. As the team steps on to the court to warm up before the game, the voice of the late rapper Notorious B.I.G, who grew up in Brooklyn on St. James Place, comes over speakers says  “Where Brooklyn At?!” “Where Brooklyn At?!”

A recent game between the Los Angeles Clippers highlights the Nets with what they are capable of when at their best.  The first basket is made by Kevin Garnett. The game continues with a back and forth lead with Clippers but by the half, the Nets hold a solid lead of 56-44.  During half time, fans can go and grab some famous Junior’s Most Fabulous Cheesecake, a popular establishment enjoyed by all.

The last half of the game belongs to the Nets, as they continue to make basket after basket widening the margin between and their opponents. By the fourth quarter, the Nets have managed a 21-point lead. Victory is in the air and at the buzzer, the score is 102-93. The fans excitement carries outside the Barclay’s Center and all the way to the streets.

This victory for the Nets gave them their third straight win, finding for the moment formula for success. Though, the lasting success is and will be between the Nets and the Barclays Center, giving an experience that is uniquely and definitively Brooklyn…but open to anyone in the city.

For more information about the Nets or to purchase tickets for the Nets call 1-800-745-3000 or visit:  http://www.barclayscenter.com/ 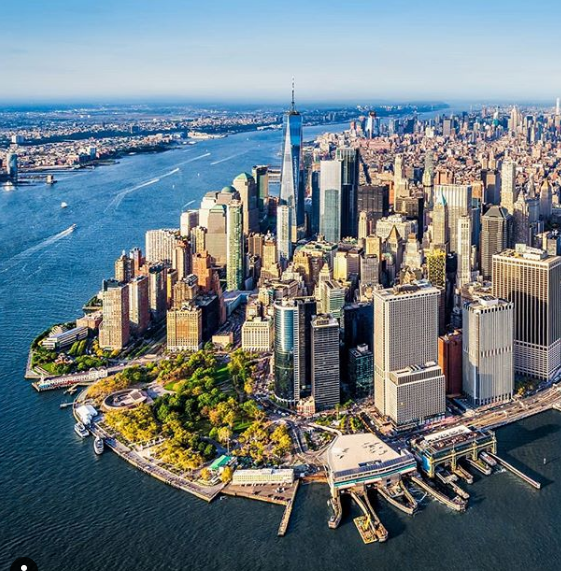