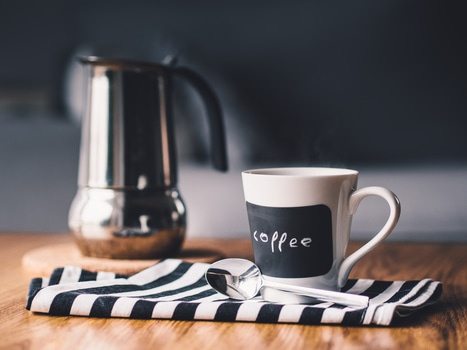 Good morning New Yorkers, today is the day to grab an extra cup of coffee and celebrate. This marvelous early fall day, Sep. 29. marks one of Downtown’s favorite days: National Coffee Day! A day we believe should be celebrated loud and proud, though we may be inclined to say that we toast to it every day.

For a lot of New Yorkers, the caffeinated beverage is a necessary mean. Whether to start the day of or to keep us going into the late hours of the work day and on through the night.

“Americans in the lead of global coffee consumption, at 146 billions cups per year, earning us the status as the most caffeinated — and wired — humans on the planet,” wrote Wallethub. And we do believe New Yorkers play a big part in earning Americans this status.

In honor of this day, the smart people at Wallethub has zoomed in on the 100 most populated cities across the U.S. to find out which city is the ideal one for coffee lovers. By looking at everything from the average price of a Cappuccino or most coffee places per capita to the presence of coffee-centric events, they’ve ranked the cities.

With Portland, Oregon as an impressive winner, we may have found our next vacation destination, however looking waaaaay down on the list, you’ll find this java loving city of ours places 89th.

“New York ranked 89th overall due mostly to its high prices when it comes to things like coffee packs, cappuccinos and croissants. It has the 6th highest average price of coffee pack at almost $6 and the third highest average Starbucks croissant price at just above $3,” explained Jill Gonzalez, analyst at WalletHub and added: “Also, New York ranked quite low, 83rd, when it comes to the percentage of households that own a coffeemaker.”

While events such as The New York Coffee Festival and our many coffee shops should put us high on the list, our prices seem to pull us down to a lower spot – as well as our consumption of to-go coffee rather than making it at home.

“We, too, were surprised that NYC didn’t rank in at least the top half,” said Gonzalez. “Costs might be hard to work on, given that the cost of living in New York continues to increase year-over-year. A bump in the home coffeemaker stats, however, could lead not only lead to a better ranking, but more affordable coffee for everyone!” Gonzalez advised.

“Invest in a coffeemaker! You can always enjoy a good, inexpensive cup of coffee in your own kitchen. If you’re on-the-go, as most New Yorkers are, then at least join a rewards program offered by your favorite chain coffee shops to get some money back on all the joe you’re buying.”

You can start by checking out these coffee day deals the good people of WalletHub put together to make National Coffee Day easy to honor. Sip your first cup of coffee and read more about the study and the cities ranking by clicking at the chart below: