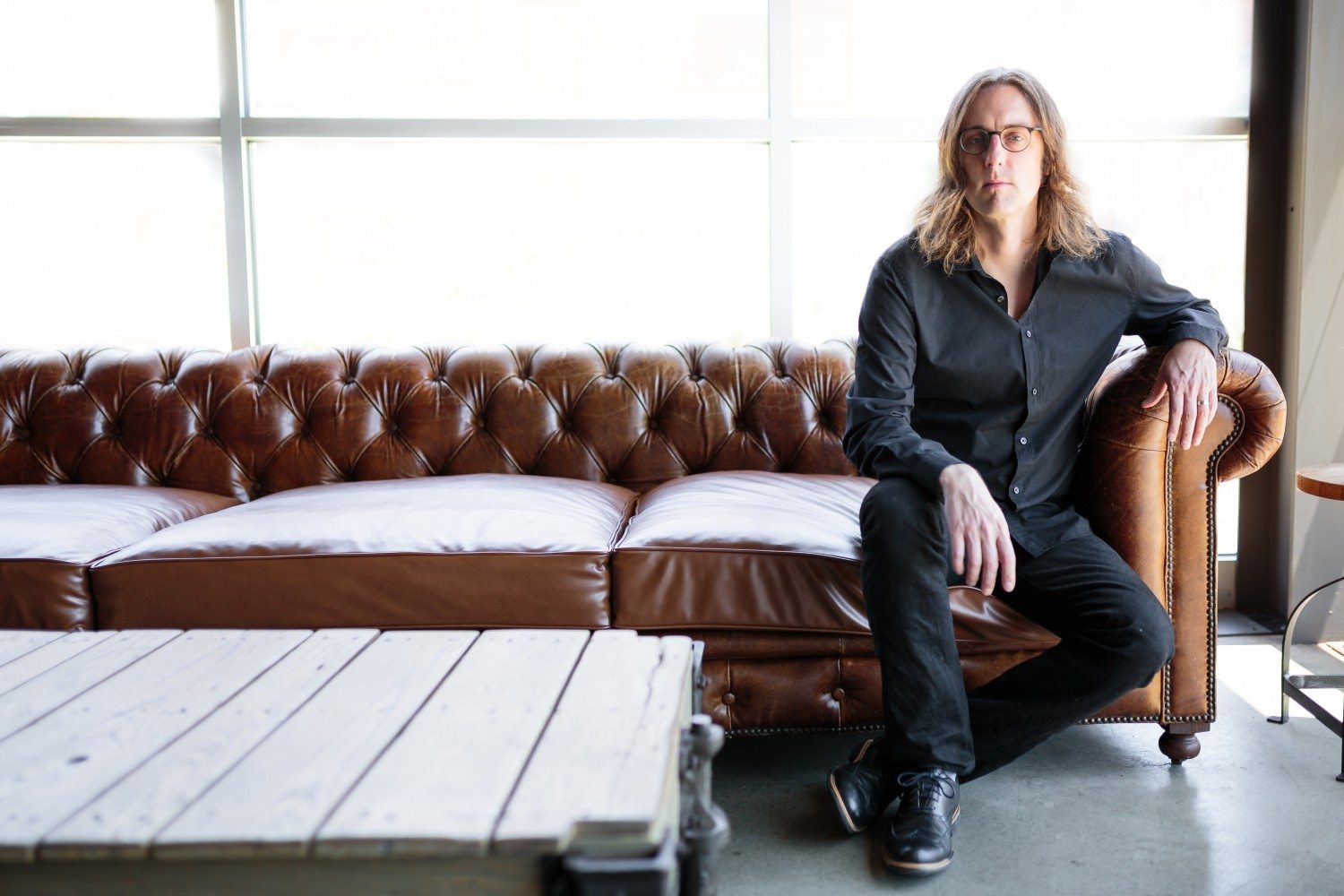 As a member of My Morning Jacket for over a decade, Carl Broemel has played some of the world’s largest festivals and arenas. However, Carl has remained active as a solo artist during My Morning Jacket downtime, having played on other artists’ recordings and released three full-length solo albums. His latest solo release, 4th Of July, came out over the summer and features guest appearances by Neko Case, Laura Veirs, Russ Pollard, Shelly Colvin, Richard Medek and Jordan Caress.

In support of 4th Of July, Carl is hitting the road for a U.S. tour alongside Trampled By Turtles’ Dave Simonett. Carl — who can be visited online at www.carlbroemel.com — spoke to Downtown about his new album, his history with New York City and what else is coming up for him.

Where did the 4th Of July title come from?

Carl Broemel: There’s a song on the record with that name and it’s the longest song on the record, so I thought it would be a nice title. Also, the cover photo is an old family photo of my aunt on her way to Europe on a boat with the Statue of Liberty in the background.

Were there ever plans to release the album during the week of July 4th?

CB: Yep, we were shooting for that date for obvious reasons, but due to production schedules it would have been hard to get everything together on-time. The good news is, 4th of July will happen again next year! And like the Statue of Liberty in a way, my album arrived a little late…She was finished and in place 10 years after the country’s actual centennial, so we share in our tardiness.

What did you do on the 4th Of July this year?

CB: We went down to the neighborhood pool with my seven-year old, then we blasted of some illegal fireworks in the driveway.

CB: I have favorite memories of working on specific songs in the studio. It’s always a nice surprise when you get a full take with everyone playing and singing at once, and that happened on “Rockingchair Dancer” and “Crawlspace.” Recording and creating the song “4th Of July” was enjoyable because we improvised for a few hours with no worries about song structure or perfection. I later pieced together the song from some of nicer moments.

You have an upcoming show at City Winery in New York. What should be expected from attendees? Only songs from your two solo albums?

CB: The City Winery show will be a co-bill with Dave Simonett from Trampled By Turtles, so we will both be doing individual sets, as well as doing some songs together. I’ll probably play some songs from both of my records, and there are a few covers I have been doing lately that have been fun. Dave is a good friend, and I’m hoping we come up with some things to collaborate on.

CB: My first gig was at Brownies in the East Village — now called Hi-Fi — with my college band Old Pike. I remember being nervous, there were some label folks in the audience.

We drove straight there from Bloomington, Indiana, stopping at a pay phone to get directions. We stayed at the Holland Motor Lodge by the Tunnel, and I remember thinking it was weird that the front desk clerk seemed surprised we wanted the room for a whole night. He asked “how many hours?”

I scored a sweet antique leather jacket at a street market right at 10th and A for $100 which I still have and treasure. Also we went to see Wilco at The Mercury Lounge, which was so amazing

Do you have a favorite New York venue to play at?

CB: We have been lucky to play a ton of different New York City venues, but playing in the Garden and at Radio City [Music Hall] are probably my two favorite of all time.

Other than promoting your new album and touring in support of it, what is coming up for you?

CB: MMJ is playing a few more shows this fall like Hullaween and Bridge School. Then our one big holiday festival is in February. After that we will start working on new music.

CB: I’m always working on something music-related, whether for myself or someone else. But aside from that I spend lots of time with my family, I have a young son so we are busy palling around most of the time, playing tennis or taking photographs or reading books.

If you have some free time in New York on the day of your City Winery show, where would you ideally spend it? Do you have a favorite restaurant in town?

CB: If I have time, I always love going to the Museum Of Natural History and finding a quiet room away from the crowds to ponder all the incredible items there!