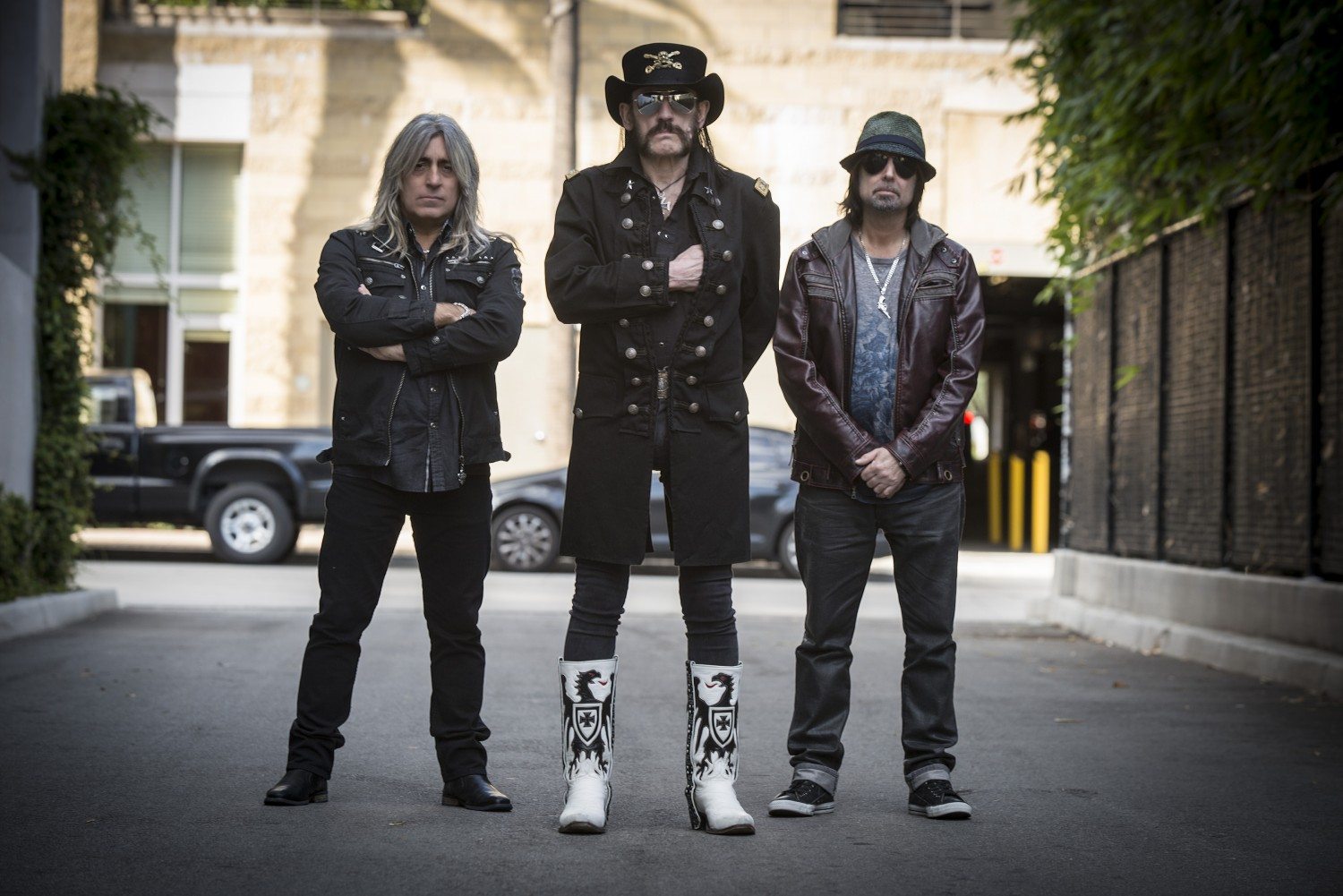 There is no band like Motörhead. No one sounds like them. No one commands universal respect from rock, punk and metal listeners like them. And I can’t think of a band that has toured and recorded as regularly as them over the past 40 years.

Led by frontman Ian “Lemmy” Kilmister, Motörhead formed in 1975 after Lemmy’s departure from Hawkwind. Originally called Bastard, Motörhead’s self-titled 1977 album was the first of five consecutive albums to sell silver (at minimum) in their native United Kingdom. That fourth full-length, Ace Of Spades, contained the legendary title track which is undoubtedly playing on a jukebox or radio station somewhere as you’re reading this sentence.

As exemplified by the success of the 2010 documentary Lemmy, it’s clear that Motörhead is as popular as ever in 2015, no matter the state of heavy metal or the music business as a whole. Famous Motörhead admirers include folks as diverse as Metallica, Dave Grohl, Slash, Billy Bob Thornton, Kat Von D, Ozzy Osbourne, Ice-T, Joan Jett and WWE superstar Triple H. And that was indeed a Motörhead t-shirt which Missy Elliott wore in her classic “Get Your Freak On” video.

2015’s Bad Magic is Motörhead’s 22nd studio album, and in support of those 13 new recordings, Motörhead will be headlining Jones Beach alongside Anthrax on September 16th. Guitarist Phil Campbell and drummer Mikkey Dee answered some questions for Downtown about Bad Magic and more.

How would you describe Bad Magic to someone who hasn’t heard it before?

What do you wish more people knew about Motörhead?

M: That we’re still such a hard-working band in the studio and on the road, and after 40 years there is no slowing down.

What is the best perk of being a member of Motörhead?

M: That we decide what we want to do and when to do it, there’s no compromises. That’s why we still around after 40 years.

What do you remember about your first gig in New York City?

Phil Campbell: The show was at The Ritz. The gig was great but complete chaos and we had to take an early flight next morning.

If one of our readers were to visit Wales, where you grew up and still live, is there a destination that they must visit?

P: All the castles and the coastline.

When you’re not touring with the band, what do you like to do with yourself?

P: Try to be normal, walk my dogs, collect art and watches, watch comedy on the TV, annoy the neighbors and go to take guitar lessons.

P: You don’t have to sell millions of records to enjoy your music. Write and play music from the heart and if success comes that’s great.