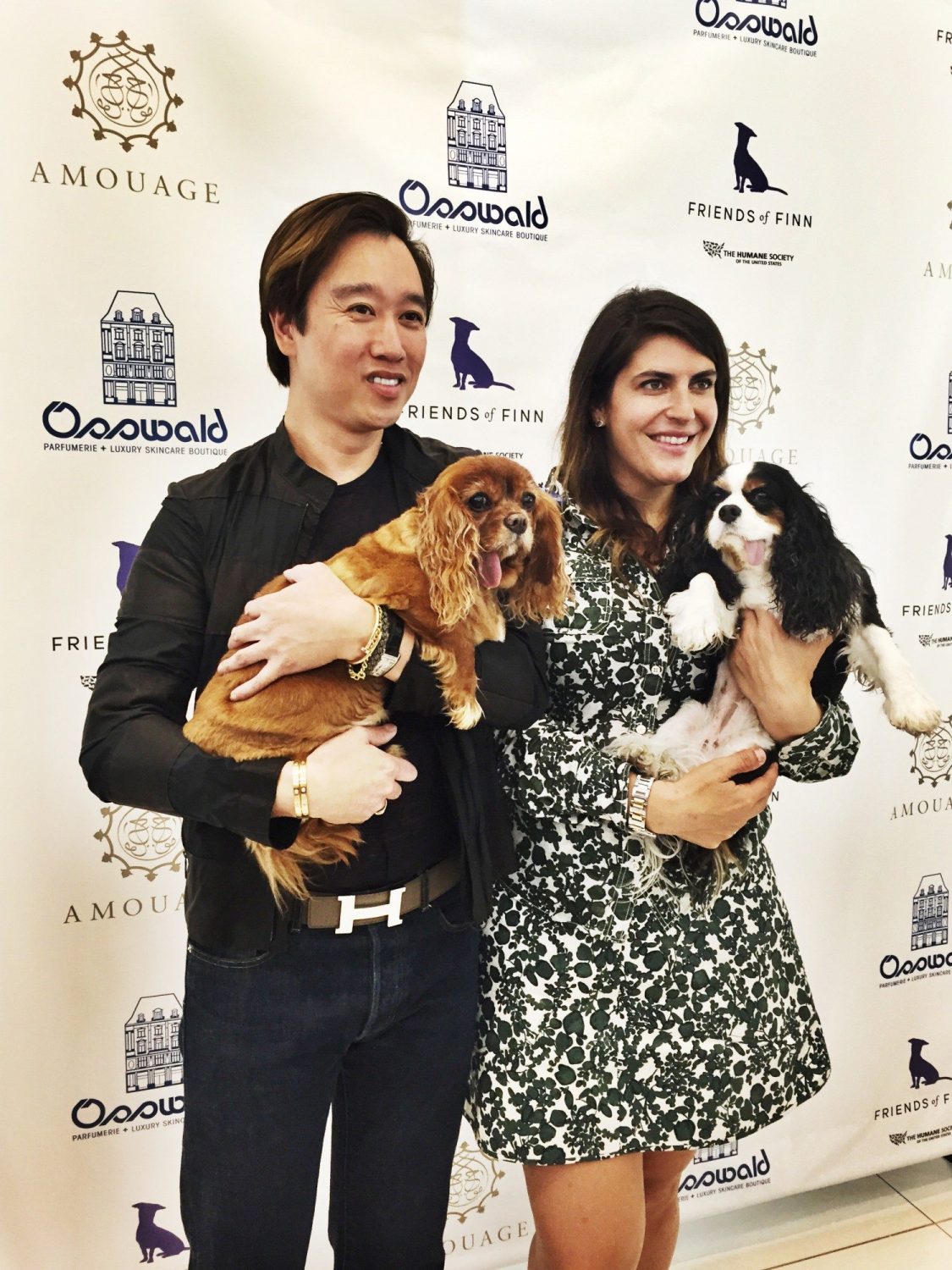 Downtown had the first-hand look at the introduction of Amouage, the Midnight Flower Candle Collection at Osswald Parfumerie + Luxury Skincare Boutique in Soho. Christopher Chong, Amouage’s Creative Director and special guest was pleased to announce a donation from the profits of the collection go to Friends of Finn, a committee that is dedicated to working with the ‘The Human Society of the United States.’ Also, for those of you who are caught up with celebrity pets on social media – famous Cavalier King Charles ‘Toast,’ made a special appearance at yesterday’s event as well.

Friends of Finn is a committee founded by Amanda Hearst consisting of next generation leaders dedicated to working with The HSUS to stop the inhumane treatment of dogs in puppy mills. It commenced in 2010 when the committee had raised hundreds of thousands of dollars for education and awareness campaigns. It has been the driving force behind rescue missions across the country.

The Midnight Flower Candle Collection’ is very special to Christopher Chong. In fact, the collection was inspired by his very own Cavalier King Charles ‘Georgie’ who died two and a half years ago due to multiple diseases from raised in a puppy mill. This collection is a way for Chong to honor Georgie and to share what made her so special to the world. He had the chance to share his story with the guests, while also informing patrons on the importance to end puppy mills permanently. Osswald presented a fragrance called ‘Sunshine,’ which he describes as the spirit of Georgie. Sunshine is the first perfume of this collection and Chong is very proud of his creations due to them having significant meaning behind the products.

Toast, the second guest of honor, who was also a puppy mill rescue by her owner Katie Sturino three years ago, seemed thrilled to be at the event supporting a great cause. In addition to the main guests of honor, Toasts’ sister ‘Muppet’ tagged alongside her during the event. While Toast invigorated the crowd with her adorably cute looks and floppy tongue, she was also generous enough to team up with Chong and take selfies with the guests as they mingled and sipped on white wine during the evening. It was a charming event to introduce the collection and for all dog lovers everywhere. In case you were wondering, the reason their tongues are flopped out of their mouths is because their teeth were rotted when owner Sturino got them in the puppy mill years ago, shortly after their teeth had to be removed. Toast is toothless and Muppet only has 8 teeth due to insufficient care in the puppy mill.

Should patrons wish to follow Christopher Chong, Toast and Muppet on social media they can do so by clicking on the links below. Toast has a website called Toast Meets World as well that has a short biography, FAQs, and products that people can buy. Donations can also be made to ‘The Humane Society of the United States Friends of Finn Committee’ direct at: Lauren Grafer Schweibold; lschweibold@humanesociety.org.