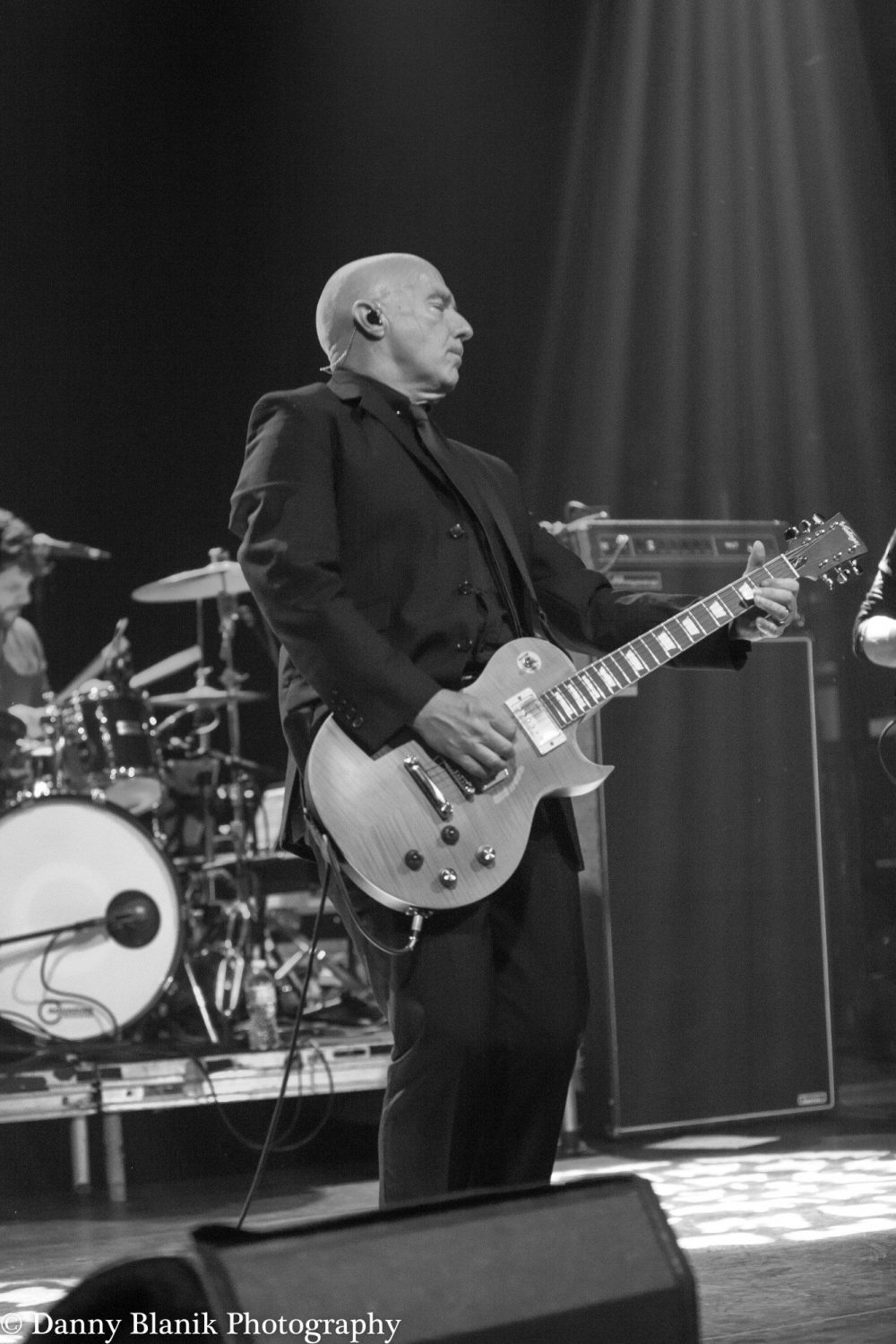 James Midge Ure is a Scottish-born musician, singer/songwriter and producer. Midge’s success started in the 1970s, having worked with Slik, Thin Lizzy, Rich Kids and Visage. Most notably, he was frontman of Ultravox in the 1980s. One of my all-time favorite songs — “Do They Know It’s Christmas?” — was co-written and produced by Midge in 1984. The song remains the second highest-selling single in the United Kingdom, selling 11.5 million copies. Many millions of dollars related to the song’s sales and airplay aided charities. Further on the humanitarian end, Midge organized Band Aid, Live Aid and Live 8 with Bob Geldof, and Midge is a long-time ambassador for Save The Children.

Grace A. Capobianco, CEO and Publisher of Downtown, had a chance to chat with Midge Ure when he was in town for his Gramercy Theatre concert last week. Thanks go to Erika Tooker for arranging this Q&A.

​Since your last album Fragile took 10 years to come out, is there new Midge Ure music on the way​?

Midge Ure: I have already started working on new material but with the extensive touring I seem to be doing, I can only really concentrate on it when I’m in my studio. Writing and recording is a connected process for me, but I don’t intend to take another 10 years to complete it…

​On your current tour you play “Starman,” a tribute to the great David Bowie who passed away this year​. Do you regret not having the opportunity to have worked with him more​? What was your experience working with David?

MU: When you start out playing music, you have aspirations and dreams of working with inspirational people and Bowie was one of those. I never got to work with him in a studio environment, but did share a stage with him on the odd occasion.

What music is in Midge Ure’s ​iPhone these days​?

MU: I am working on an orchestral album of some of my songs both solo and Ultravox, and as this is a fairly “alien” process for me I have to keep listening to the arrangements so my latest “phone listening” is that. It sounds egotistical but it’s just part of the work process.

​Who are some of the new artists out there who​m you ​​may consider​ work​ing​ with?

MU: There must be lots of interesting musicians out there who would be great to collaborate with but I’m not very good at keeping up with who they are. All my collaborations have been with people who have mutual respect and have come about in a totally organic way.

5Is there​ even the slightest ​chance​ ​that we will see music from Ultravox again?

MU: There is always a chance, although Billy Currie announced recently we never would. But there has been no “band” discussion about it one way or the other.

H​ow is playing in New York City different than other venues?​

MU: I have a great fondness for New York City and its people. Playing the Avery Fisher Hall with Ultravox back in the 80’s was a personal highlight and precious memory for me. Not many amplified bands were allowed to perform there.

Have you had a chance to visit downtown since this areas renaissance after 9/11? Thoughts, and what is your favorite place to eat or visit downtown?

MU: I visited “Ground Zero” after the attack and found it bizarre that stalls were allowed to set up round the perimeter selling horrific photographs of the incident, but returned when the memorial opened and it had transformed into a very tranquil and tasteful tribute. My wife and youngest daughter were with me last week. While I was rehearsing for the shows, they discovered the Meatpacking District and vowed we would be staying in the area the next time we visit.