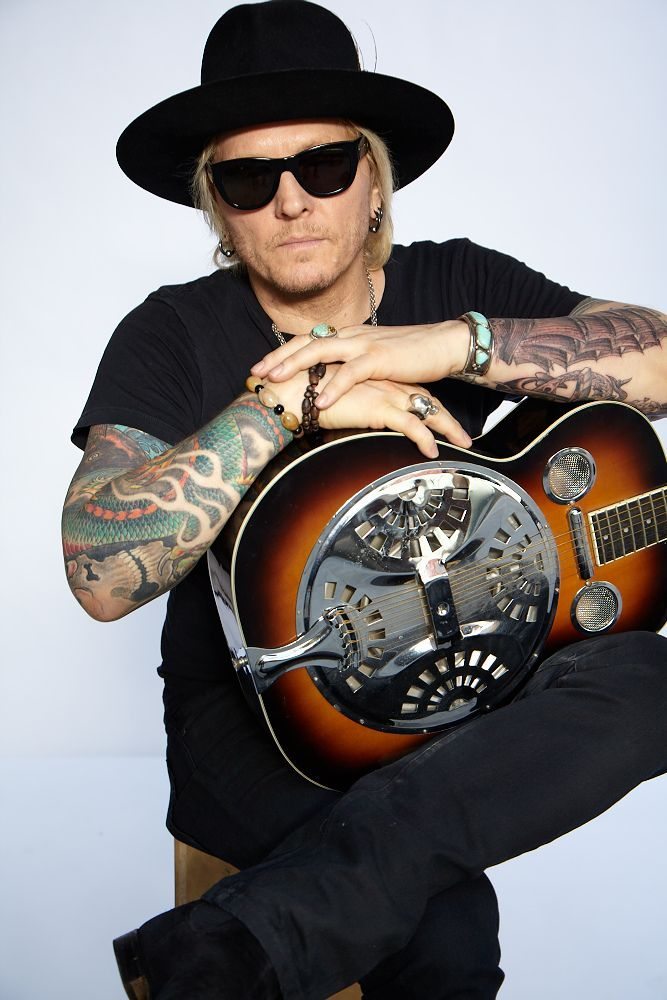 Matt Sorum holds the distinction of being the drummer in “one of the coolest rock bands out there” in three different decades. In the 1980s, Matt drummed for The Cult, which led him to joining Guns N’ Roses in the early 1990s. In the 2000s, Matt formed Velvet Revolver with Stone Temple Pilots frontman Scott Weiland, guitarist Dave Kushner and some of his GNR bandmates. And this does not factor in Matt’s work with Poe or Tori Amos, his touring with Alice Cooper and Johnny Depp in The Hollywood Vampires, his work with Motorhead, or his role as leader of Kings Of Chaos.

A true all-star rock band, Kings Of Chaos also features members of ZZ Top, Linkin Park, Slipknot, Cheap Trick, STP and Billy Idol’s band. While the touring lineup of Kings Of Chaos may change from tour to tour — its original run, which took place at soccer stadiums in South America, included Guns N’ Roses’ Duff McKagan and KISS’ Gene Simmons — the fact that KOC plays rock anthems is the constant. This month, KOC will hit the New York area for a trio of pre-Christmas gigs: Dec. 17 at Montclair’s Wellmont Theater, Dec. 18 at Long Island’s The Paramount, and Dec. 21 at Irving Plaza.

Downtown caught up with Matt Sorum by phone to not only talk about Kings Of Chaos, but also where his entrepreneurial spirit comes from. Matt can be followed on Twitter via @MattSorum and visited online at www.mattsorum.tv.

I had the chance to see you at Coney Island do the Hollywood Vampires show last summer. What’s the status of that band?

Matt Sorum: I’ve heard rumblings that some stuff is gonna happen. It’s really quite based on scheduling, you know? We’re waiting on Johnny Depp. I’m not sure what my scene will be until they call me, because they haven’t called me yet, so right now nothing’s on the book.

Some of the members of Kings Of Chaos are the same as Hollywood Vampires. Are any of the same songs performed by both bands?

MS: We started doing “Ace Of Spades” [by Motorhead] and I sing it…I did a month with Motorhead as drummer…So people get to hear that, that’s pretty interesting.

I read that you guys were hoping to put together some EPs that will include some original music, is that something that still might happen.

MS: Oh yeah, I’m definitely pushing it in the direction of having original music that we could play live…and put it on the radio. I definitely want to really invent this into a proper group that records its own material, but I’m kind of organically letting that happen…I’m the leader in the band. I put together all the touring, hotel, airfares and all that stuff…I’d love to record some music next year, get some stuff on the radio and play it out.

You’ve always been at the center of projects at least for the past 20 years, in terms of organizing, putting people together, and you mentioned that you do a lot of managerial work for Kings Of Chaos. Did you ever ponder working in the A&R world?

MS: (laughs) Yeah, I actually have my own record label now. I’m putting out an artist next year. People come up to me and give me CD’s all the time and ask me to listen to their music…I mean, when I hear a great song, I’m like, “That song, it could be a hit.” But then there’s like, “What’s  a hit?”…I have been doing some consulting for a couple of tech companies. My life is changing in a way that definitely, it’s more business-oriented. You know I still play music, but I have to put on that business cap, which is okay, I like it, it’s exciting…Then with Kings Of Chaos, I gotta get all these different musicians from Point A to Point B…It’s a lot of challenges theoretically, but when it all comes together, it’s great and everybody has a great time. So yeah, I like that kinda work. I could do that, yeah

When did you first become business-minded, I think most people just think of you as just a touring drummer up until probably Velvet Revolver happened.

MS: I gotta say it probably really kicked in around after Guns N’ Roses in ’96 when I left. I became more of a producer. I had a Top 40 single with an artist, Poe. I started producing music, I started doing music for films, so what happened was I actually diversified because I had to as a survival technique…In ’96, when the band broke up, I actually didn’t know where my career was headed. I was like, “Wow, I was just in the biggest band in the world, now I’m not. What’s going to happen next?” It was a weird time, so I started even thinking how was I going to get to a band again…It was really a survival thing like, “How am I going to make a living? How am I going to continue in music?”…That really kind of moved me up till when I got involved with Velvet Revolver. I really put on one of the leadership cap in that band, I was an equal partner.

I said this in my last interview. I said people ask me, “Why aren’t you in Guns N’ Roses?” I said, “Well, I wasn’t a partner in the group, I was a member of the group”…Partners own the name and they own the brand and the band. As a member you get paid separately, so I was a partner in Velvet Revolver and owned the company…I realized, “Well, I could help steer this vehicle,” when we made decisions we made them together, and sure I like the way that felt and we had success. We won a Grammy, we looked certain ways in the videos we had done, I was very involved in all of that, so I’m always a forward thinker. I like to think forward, I don’t like to go back, I like to move…I want to stay current, and obviously this band that I have is a mixture of classic heritage and a current band…It’s like being rejuvenated, it’s like a different feel, so that’s kind of my thing when it comes to music, business, the environment, fashion, everything, I’m always moving.

Does all the focus on Kings Of Chaos mean that there won’t be a follow-up to your last solo album Stratosphere anytime soon?

MS: No, I will do it. I have my own studio. It’s a kind of tough thing to do, it’s about writing a song and I started dabbling with songs. I put a lot of stuff in my iPhone and I’ve got to be careful not to lose it like Kirk Hammett (laughs), but I’ve got tons of ideas in there. Then what happens is I gotta sit down and figure out where am I going to go write the music, because last when I wrote Stratosphere, I took off for like two weeks by myself…I sat by myself and wrote songs and there was no one around. And then I went to the beach for about a week and I came out of that with an album, and I had all the words written and I really focused and…I went to the studio and produced it. I’ve got to take that time period again and to be alone and write the music.

There was a time and place for it but everything sounds great for you now. So in closing, Matt, any last words for the kids?

MS: Well hey, I just want them to come out and see our rock and roll show, because you’re going to dig it. It’s non-stop hits…It’s going to be a good time, great people on-stage and hope you come check it out. Go to www.kingsofchaosband.com, you can get tickets on there or go to Ticketmaster. Come rock with us, it’s a celebration. It’s right before Christmas, so what better way to go ho-ho-ho? It’s a Christmas present for your holiday season.