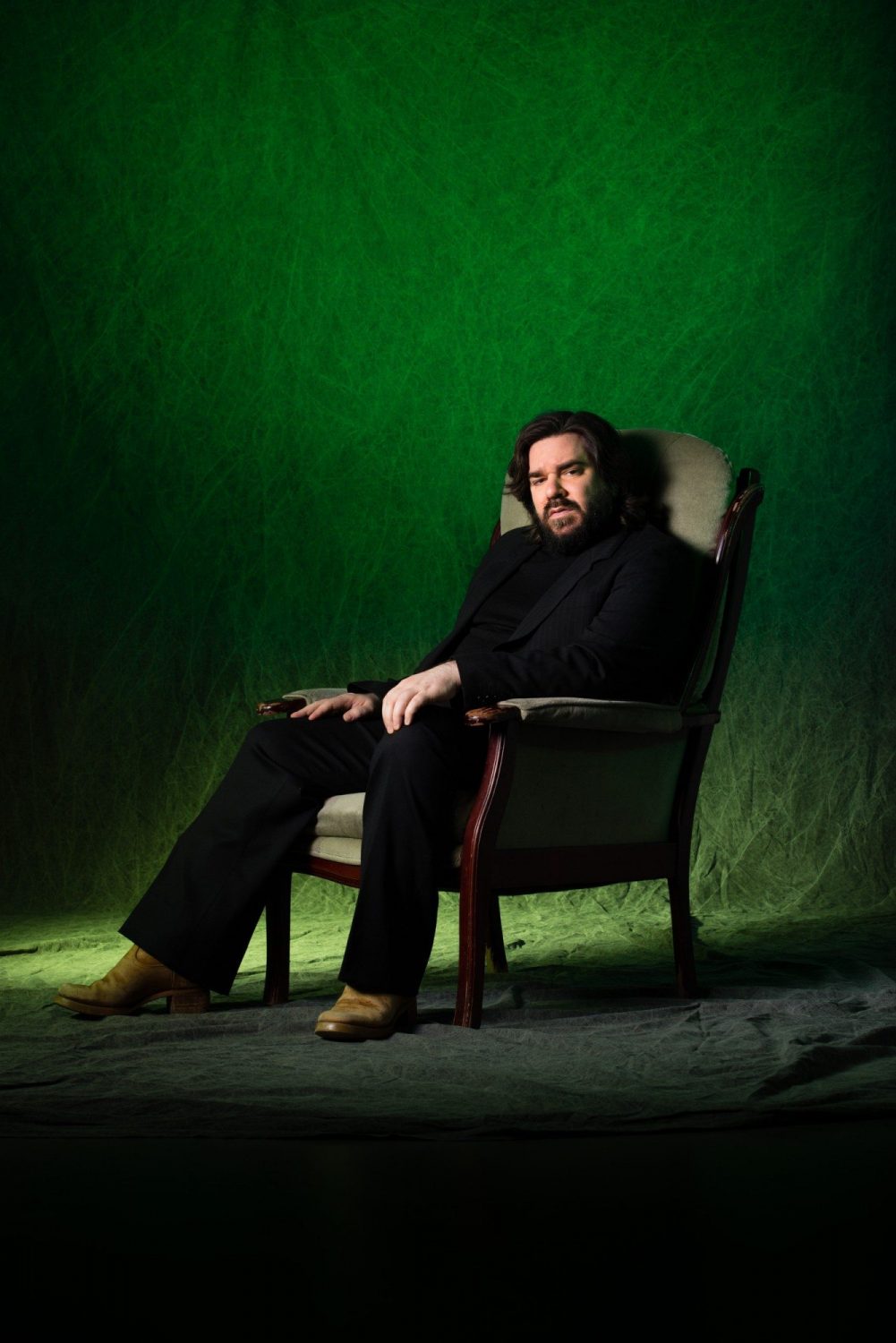 When the average actor or comedian starts talking about their musical aspirations, it often seems like a vanity project. In the case of Matt Berry, not only is his music great, but it makes me wonder if he is a musician that moonlights as a comedic actor. Music and acting aren’t the only art forms that Matt excels at, however, as he has written for the stage and screen and is also a painter.

Matt Berry first came into international prominence after acting on the 2004 U.K. cult comedy Garth Marenghi’s Darkplace. This led to Matt appearing on other U.K. hits like The Mighty Boosh and The IT Crowd. Roles in the U.S. ultimately followed, including parts on Community, Aqua Teen Hunger Force, Portlandia and The SpongeBob Movie: Sponge Out Of Water. Most notably, Matt won a BAFTA award for Best Male Comedy Performance last year for Toast Of London, a series which he co-created.

As a musician, Matt has completed five studio albums, beyond music written for TV and theatrical projects. His newest work is The Small Hours, which will be released through the Acid Jazz label. A follow-up to 2014’s Music For Insomniacs, Hours is Matt’s first attempt at using a live band in the studio for one of his albums. His touring in support of Hours, with The Maypoles in tow, begins in October.

Downtown caught up with Matt Berry for some Q&A over e-mail. Beyond his official website, Matt’s musical career can be followed via the Twitter account @MattBerryMusic.

A lot of people first found out about you through your work as a comic and actor. Do you see yourself as a musician first and foremost?

Matt Berry: I try not to see myself as anything as that would be embarrassing. But if I had to label myself, I’d probably say I was an artist due to the fact that I enjoy working within the arts on different platforms, of which comedy is just one.

Your first studio album came out in the mid-1990s, and I believe it was more than a decade until your second solo album came out. Did you have hesitation about putting out music as Matt Berry — as opposed to co-writing a musical like AD/BC — because you had become known as an actor and comic?

MB: I never cared. It’s only ever been a problem for journalist and reviewers who need to compartmentalize you. Like I said, I’m interested in different art forms and see nothing odd about working on a song one day, and then writing a script the next. This whole issue and slight suspicion of someone doing more than one thing exists only in the head of the critic/journalist and certainly not in my head, nor the audience who know my work.

Have you ever performed live in New York City?

MB: Yes, I performed at the Secret Policeman’s Ball at Radio City Music Hall and loved every minute.

Do you have plans to perform live in New York anytime soon?

Aside from your new album, what’s coming up for you career-wise?

MB: I’m writing a film with Arthur Matthews, co-writer of Toast Of London, and I also have some ideas for a new set of paintings.

Is there an accomplishment related to your musical career that you’re most proud of?

MB: Playing the Royal Albert Hall probably, but nothing really beats that first moment when you hold your first vinyl record in your hands and see your name in brackets under your song title. From that moment, it feels real.

You were very early when it came to doing a podcast and hosting Internet radio. Are you tech-oriented in most facets of your life?

MB: Not really, it’s all about ideas. If I have an idea I’ll learn the technology needed to realize it. That could involve becoming a better engineer in the studio, or learning the basics of radio.

MB: I’m bloody lucky so far to be having a career that is also what I would be doing in my spare time anyway, so I never feel like I’m having time off. When I’m not working I’ll spend time with loved ones.

Is there something that you wish more people knew about Matt Berry?

MB: There most definitely is not. I feel people probably know too much as it is.

MB: I still believe that the best art — be it music, comedy, painting, etc. — is the art that hasn’t been asked for, or is expected.