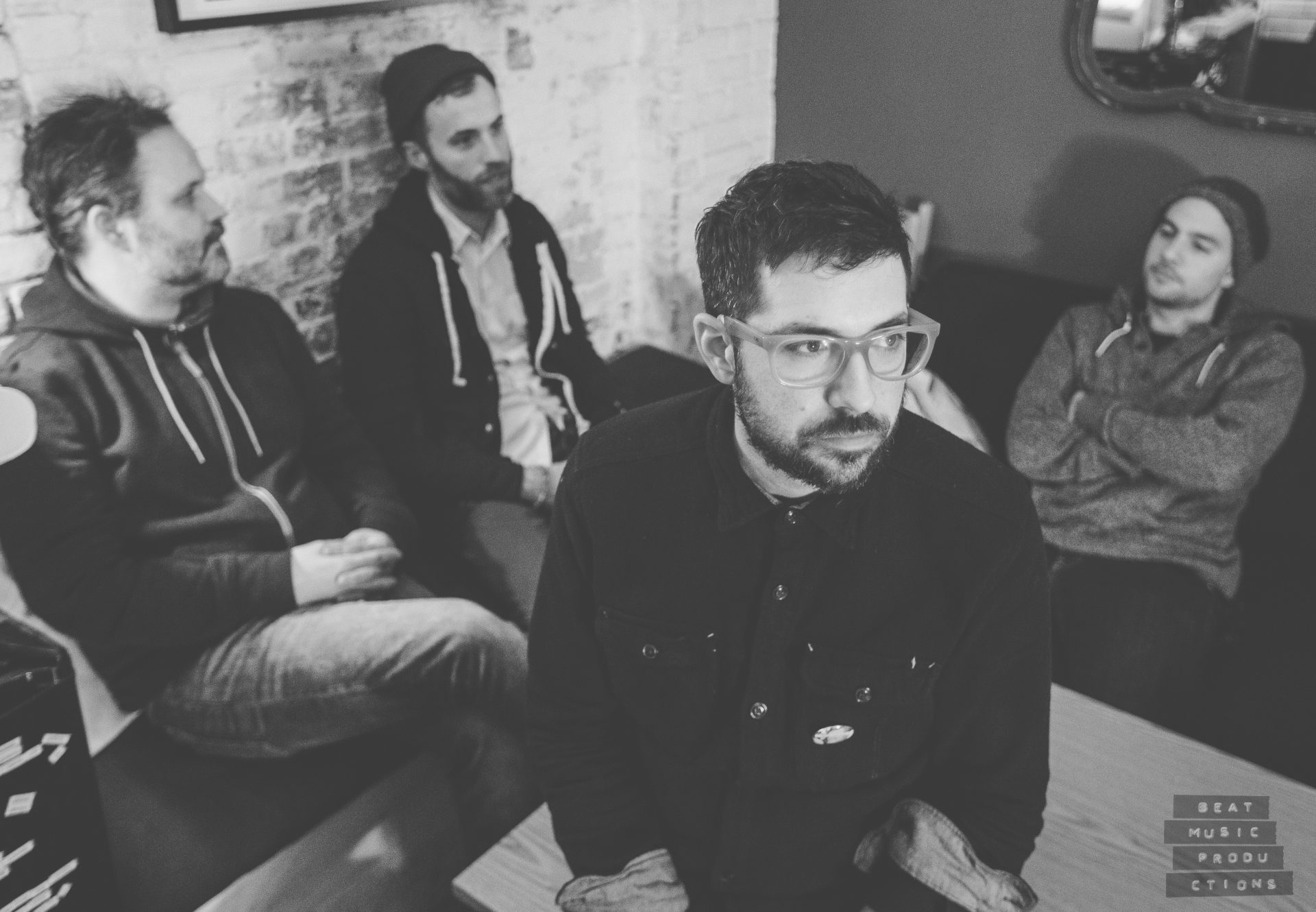 Disclaimer: I’m not a jazz guy.

But some jazz artists are so interesting and unique that they capture my attention – and Mark Guiliana, who has done plenty outside the jazz genre – is one of them. As a drummer, producer and composer, his work often adds in electronics and avant-garde facets that few jazz musicians would dare to.

In support of their new album, “Family First,” the Mark Guiliana Jazz Quartet will be doing “The Rockwood Takeover” at Rockwood Music Hall (196 Allen Street) on Thursday, June 4. All three of the venue’s stages will be taken over by Guiliana and crew, which includes bassist Chris Morrissey (also frontman of the excellent band Taurus), pianist Shai Maestro and saxophone Jason Rigby.

More than just an “album release” story, however, Guiliana founded a label last year, Beat Music Productions. “Family First” is not the only release in the BMP discography – as stated below, it’s already the label’s third release in less than a year – and plenty more is said to be expected.

Mark took some time to do some Q&A with Downtown, also answering questions about his work with prominent artists like David Bowie, Meshell Ndegeocello, Brad Mehldau (with whom Mark received a Grammy nomination this year) and Matisyahu.

You’re known to be a drummer, a composer and a bandleader.  Which of the three do you identify most with?

Mark Giuliana: All three have been meshing together more and more lately, but I will always be a drummer first.

You’ll be part of a “Takeover” at Rockwood Music Hall, with acts performing on all three of the venue’s stages.  Where did that idea come from, as opposed to a typical “record release party” show?

M: Rockwood Music Hall has been somewhat of a home for my music over the last six or so years. I’ve presented many different projects there and my 2012 EP, Beat Music, was one of the first releases on their label, Rockwood Music Hall Recordings. I’m very grateful that they’ve let me experiment over the years, and when I had the idea to present a different set of music in each of the three stages, they jumped on it! Each room has its own unique spirit and I’m excited to see how the music will be influenced by the different environments.

For the already-initiated fans, how does “Family First” compare to “My Life Starts Now?”

M: Although the way in which the albums were made are very similar — writing the repertoire, rehearsing the band, recording, mixing, mastering, etc. — the end results are quite different.  My Life Starts Now was made in a more electronic, production heavy environment, more consistent with the majority of my output as a leader.  Family First features a brand new band consisting of Chris Morrissey (bass), Shai Maestro (piano), and Jason Rigby (saxophone), and is the first time I’m presenting my own music in a purely acoustic setting. The compositions were written specifically for this group and are a bit of an homage to the massive influence that jazz and improvised music has had on me.

You’ve performed with a wide array of artists, including David Bowie, Meshell Ndegeocello, and Matisyahu.  How do those sorts of sideman usually gigs come up?

M: Each situation comes with a unique set of circumstances, but they often appear through previous artistic relationships. In each of these cases, I was recommended by guys who were already playing with these artists.  New York is a great place to build and cultivate these relationships and you never know where they can lead.

Your label, Beat Music Productions, was launched last year.  Do you have any goals for the label?

M: The primary reason I created the label was to have a reliable output for my own music. Family First is the third release on the label within its first nine months. Spontaneity is often absent in releasing music, but with my own label, I can create and subsequently release music on my schedule. I have a wide variety of projects, and it’s nice to have them all under one roof.

Having performed in 45 countries among six continents, is there anywhere you haven’t been yet are itching to perform?

Finally, Mark, any last words for the kids?