March Madness is Here! A Look Inside the Dreamiest Residential Basketball Courts in New York City 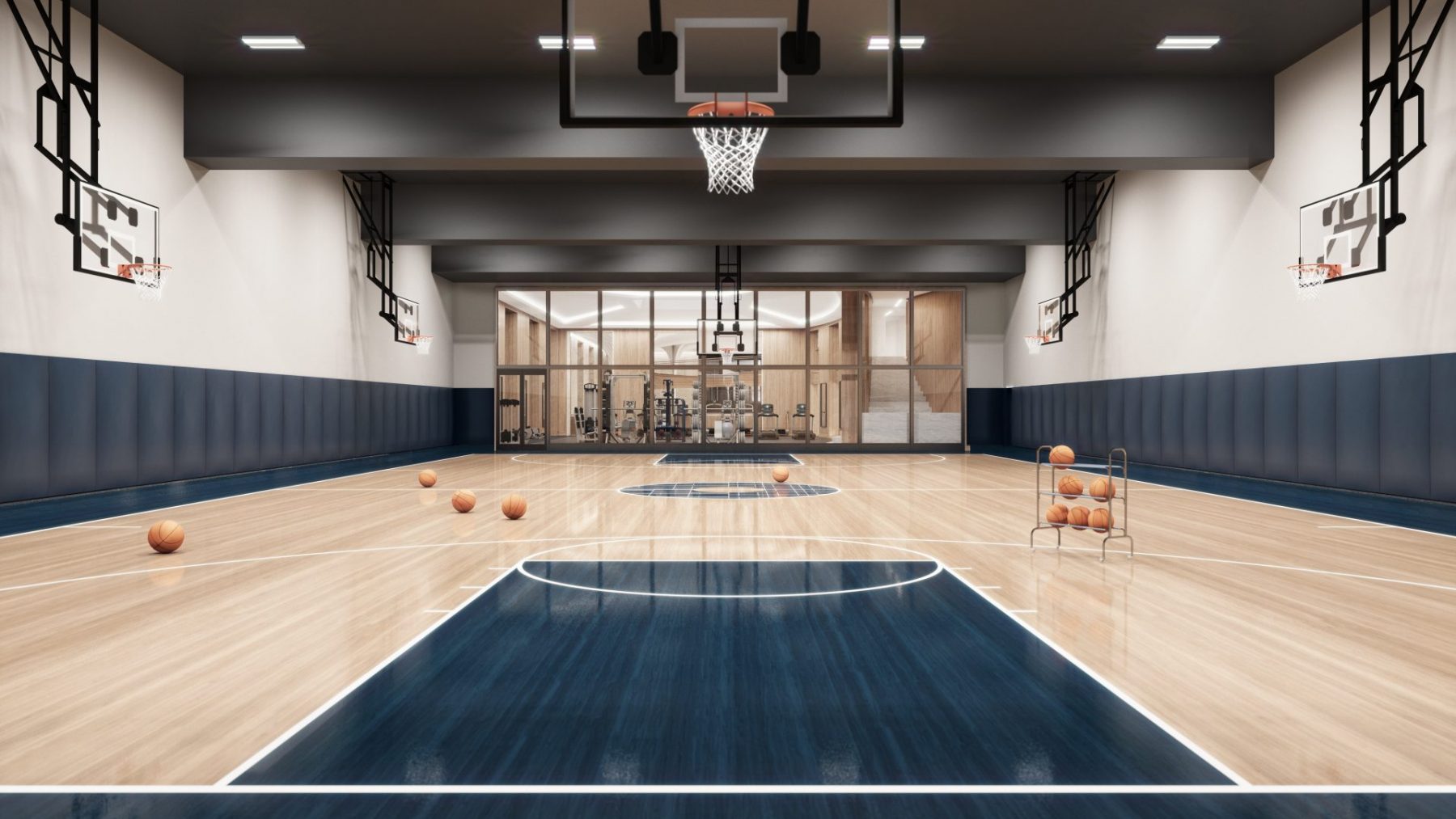 Crowned by many as the sporting event of the year, March Madness is officially in full swing, and that means it is game on. Nearly everyone, from basketball fanatics to those who just enjoy the camaraderie that comes with the national tournament, are finalizing their picks and eagerly anticipating the first round to get underway. And even if you’re not participating in the pick frenzy that comes along with the tournament, chances are many have a fond memory of shooting hoops in a neighborhood park, or playing a game of HORSE at a friend’s house.

Luxury residential developments around the city are also taking note, and are now fitted out with some of the most epic basketball courts designed to appeal for everyone. As the competition heats up amongst the luxury residential market, more developers are incorporating additional over-the-top amenities than ever before, especially when it comes to health and fitness offerings. Functional and fashionable, luxe indoor courts are taking indoor basketball courts to the next level.

As we take the yearly dive into the March Madness hole, what better way to kick off the tournament than with a look inside some of the most luxurious, over-the-top residential basketball courts located in the City? These residential courts are some of the coolest in New York’s concrete jungle, ranging from double height ceilings to full-size indoor courts, they are outfitted to top any commercial court any day.

Continuing the evolution of the North Brooklyn waterfront into one of New York City’s most scenic and desired residential areas is the The Greenpoint, the first-ever skyscraper in Greenpoint along the East River. Nestled along the neighborhood’s popular East River Ferry pier and a new public waterfront park to be built by The Greenpoint’s developers — Mack Real Estate Group and Palin Enterprises, in conjunction with Urban Development Partners — The Greenpoint signifies the neighborhood’s tallest building at 40 stories, and features a collection of 95 studio to three bedroom residences.  With over 30,000 square feet of indoor and outdoor amenity and lifestyle package unprecedented for the neighborhood, one of the standout amenities includes The Huron basketball court and court side lounge, the perfect space for gathering friends to play a quick pick-up game or for practicing free throws. Residents can cheer on friends at the court side lounge, or towel off and relax after shooting hoops. Other amenities at The Greenpoint include a state-of-the-art fitness center, a co-working space with a conference area and indoor and outdoor meeting areas, the Sunset Terrace and Lounge, a screening room, The Hideway Lounge and Pool Hall, complete with shuffleboard and ping pong tables, a children’s playroom, and outdoor dining and lounge areas with BBQ grilling stations.

Situated in the Upper East Side’s coveted Carnegie Hill neighborhood, 180 East 88th Street is a striking condominium being developed and designed by national real estate developer DDG. The firm’s first Uptown project, 180 East 88th Street is inspired by the pre-war boom in high-rise masonry construction in New York during the 1920s-1940s, and DDG’s design team paid homage to the lost art of traditional craftsmanship while maintaining a modern aesthetic. It features 48 graciously-appointed private residences ranging from lofts to five-bedrooms, full floor and duplex units, as well as a gracious triplex penthouse. However, perhaps most exciting about the condominium is its extensive selection of amenities, somewhat considered a rarity on Manhattan’s Upper East Side, and in particular its half-court indoor basketball court featuring soaring double-height ceilings and an abundance of natural light. An incredible space, there’s no better place to perfect your jump-shot and practice your free-throw. Other notable amenities include an indoor soccer pitch, private fitness and yoga studios, game room, residential lounge, wine room, and an interactive children’s playroom designed in partnership with the Children’s Museum of the Arts.

With over 100,000 square feet of amenities, One Manhattan Square will offer the ultimate lifestyle package in the Lower East Side. The first high rise addition to the East River Esplanade and Extell Development Company’s first project in the neighborhood, OMS is a true vertical village, offering an unmatched suite of amenities. At its heart, the multi-level fitness center will offer an expansive full-size basketball court, in addition to three swimming pools, a bowling alley, golf simulators, squash court and yoga studio. Resident basketball enthusiasts can engage in a pick up game on the sleek, light drenched court and then sweat it out in the wellness center’s very own sauna, the only of its’ kind offered in a resident building in Manhattan. Post-game relaxation can also be found in the building’s full service spa or it’s 40,000 square feet of breathtaking gardens. Occupancy for the building is slated to begin in Winter 2019.

Waterline Square has been designed by Rafael Viñoly Architects, Richard Meier & Partners Architects, and Kohn Pedersen Fox Associates to create an iconic collection of luxury residential buildings on one of the last remaining waterfront development sites on the Upper West Side of Manhattan. The masterplan encompasses nearly five acres and will be located in Manhattan along the Hudson River from West 59th Street to West 61st Street, where Midtown meets the Upper West Side. Waterline Square features 263 luxury condominium residences located among the three towers ranging from one to five bedrooms that start on the 20th floor and above, and provide sweeping views of the Hudson River and Manhattan skyline that stretch down to the Statue of Liberty. With more than 100,000 square feet of best-in-class sports, leisure, and lifestyle amenities, as well as a beautifully-landscaped park and open spaces spanning nearly three acres, the amenity offering at Waterline Square will be one of the largest and most compelling in New York City. Waterline Square’s extraordinary shared amenity program, The Waterline Club, which connects all three buildings and has been designed by David Rockwell’s famed hospitality group, Rockwell Group, includes sports and fitness amenity spaces such as an indoor basketball court. The full-sized court offers residents the opportunity to organize standard 5-on-5 games, jump into to 3-on-3 pick-up matches, or work on their jump shot. Other amenity highlights include an indoor tennis court, soccer field, state-of-the-art fitness center, a 25-meter, 3-lane lap pool, separate children’s pool, art studio and specialty zones for children and pets.