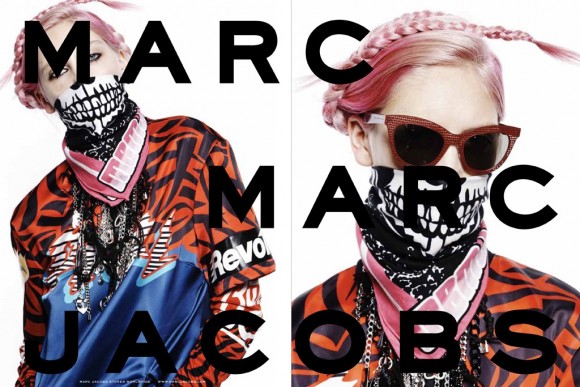 Marc Jacobs is applauded for his sober, yet classic style. Despite this, he himself began to feel as though his brand was becoming stale. To change things up, Jacobs is channeling a more fierce and ‘rebellious’ spirit in his upcoming Fall collection. In accordance to this stylistic change, Jacobs decided not to feature the usual up-and-coming models. Instead, he began a competition on Instagram, for which he asked aspiring models to upload their photos with the hash tag #castmemarc. The company received over 70,000 entries, which were narrowed down to 30 finalists. Eventually, nine models were selected and flown to New York for the long-anticipated photo shoot (dressed by Katie Grand, and shot by David Sims). The campaign’s preview photos were first revealed in WWD, and will appear in Teen Vogue’s August issue. From what we can see in these first few shots, freshness, originality and eccentricity will definitely be part of 2014’s Fall/Winter collection. Finally, we can see how Marc Jacobs can be worn by the average person, and how good it will look on each of us.