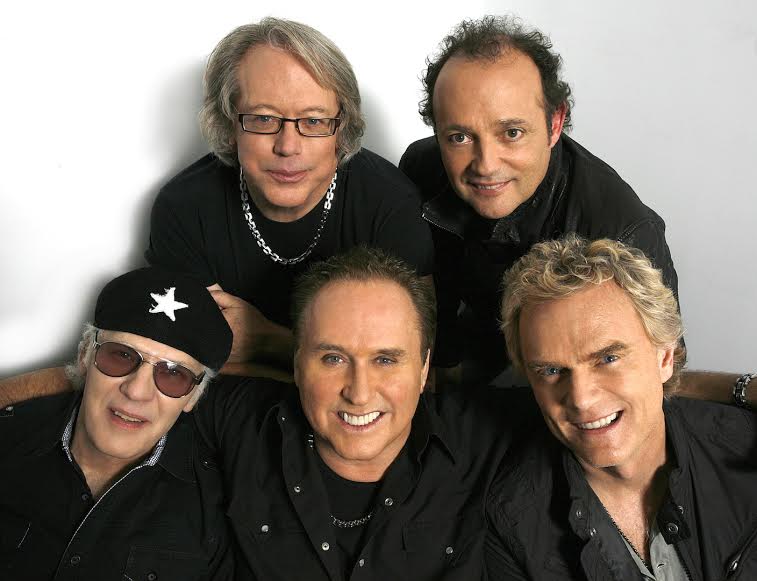 As referenced in recent articles of mine about Toto and Chicago, there’s a strange level of fame that a lot of very successful artists over 50 may find themselves in. On one hand, they had a lot of hit songs, sold millions of albums, and have been playing arenas and amphitheaters for plenty more of their career than not. On the other hand, they’re not “cool” by Rock & Roll Hall Of Fame standards and their music is pigeonholed to “classic” radio formats with major emphasis from the media on past glories. But in the case of Loverboy, who doesn’t love “Working For The Weekend,” “Turn Me Loose” or “Hot Girls In Love?”

In spite of the “’80s rock” tag that follows Loverboy around, the group technically formed in Canada in the late 1970s. Their string of hits began with their self-titled 1980 album and continued for most of the decade with another three consecutive multi-platinum albums. Loverboy broke up in 1988 and reunited for a few short spells before fully reuniting in 1993. Now more than 35 years after their formation, the band still tours and records regularly, beyond frequently accepting honors and awards (e.g. Canadian Music Hall Of Fame, 2010 Vancouver Olympics performance) and having their music featured in TV and movies (e.g. 30 Rock, Scrubs, Aqua Teen Hunger Force, Ron Burgundy’s performance on Conan).

Later this summer, Loverboy hits the road as part of a U.S. tour with Rick Springfield and The Romantics. The hits-driven package comes to our area with shows in New York (September 16th at Westbury’s NYCB Music Theater) and New Jersey (September 12th at Atlantic City’s Borgata and September 13th at the PNC Bank Arts Center). Founding guitarist and songwriter Paul Dean answered some questions from Downtown, providing one of the memorable Q&A experiences I have recently experienced.

What do you wish more people knew about Loverboy?

Loverboy’s Paul Dean: In the Internet Age? I’m not sure there’s anything people don’t know about us already. Except maybe…we’ve always been a real band from its inception. Meaning, there wasn’t any studio trickery done in the making of our albums, so when you see us LIVE, the sound is the same. Whether it’s my guitar riffs, Mike Reno’s vocals, Matt Frenette’s drumming, Doug Johnson’s keyboards and Ken Sinnaeve’s brilliant interpretation of Scott Smith’s original work, it’s consistent.

Do you think there are any misconceptions out there about Loverboy?

P: If you haven’t seen the band live, probably. There is no wimp factor. That’s the thing about live. It’s always in the moment, no fast-forwarding, no skipping tracks, nowhere to hide. These guys I perform with, they’re ALL amazing musicians, and there’s never a dull moment. We get more people saying to us after the gig, “You guys are just as good as when I saw you in ’82.” So, this has always been a source of pride for us.

P: This is a great question! We are what we are, it’s a matter of personal perspective. I consider us a “rock band,” with a definite harder edge, especially live. That’s probably why we were offered the tour with Rick Springfield. I’m not alone. There’s this journalist who, based on his appreciation for the “heavier” songs on Unfinished Business — specifically “Slave” – included us on his list of Top 100 Metal albums of 2014. And don’t forget, Bob has produced Canada’s Bryan Adams, Jann Arden and Michael Buble, all decidedly non-heavy, which only speaks to his versatility.

Loverboy’s 2014 album was titled Unfinished Business. With a name like that, one would expect there to be more albums coming. Is that the case?

P: That album came from the 230 or so two-inch analog multitrack tapes I got tired of lugging around Canada. It was time to transfer them to digital, and when I finally listened back on my laptop, I was blown away. Some things I thought were lost forever, but there they were, in all their 96K glory. There’s still at least a half dozen songs on there, but they’re demos done with a different drummer, pre-Matt Frenette. One day we’ll probably revisit and update them. But yeah, we’re always working on new stuff.

For someone who only knows the Loverboy hits, what should they expect from your New York or New Jersey shows with Rick Springfield and The Romantics?

P: We’re working up a new song I’m hoping we’ll debut on our SiriusXM session we’re doing August 24th in Philly with Rick. I’d love to add that to our live setlist. Fingers crossed. Other than that, it’s business as usual. Hard and fast, with a couple slower songs for pacing and breathing room.

Can you recall the first time you played live in New York City?

P: We recorded our first video, “Turn Me Loose,” for MTV at the Ritz Club in the winter of ’81. With little or no footprint in the U.S. music scene, we wouldn’t be able to sell that many tickets. So Lou Blair and Bruce Allen — our managers at the time — put together a plan to get people in the club, an “appear in a video” promo campaign with free tickets to see the band perform live afterwards. I’m assuming it rocked. I do remember one thing, though — there was “that guy” in the audience with a referee’s whistle that he would constantly wail on. Made for some interesting between-song patter for Mike, I’m sure.

Is there a band accomplishment you’re most proud of?

P: We had a great night at the ’82 Junos, the Canadian equivalent of the Grammys. We won an as-yet unmatched — dare I say — six Junos that night. We were at number five, two hours in, and a couple of us were ready to take a bathroom break. I remember the producer coming over to us, saying “Don’t go anywhere, please.” “OK, no problem!”

When you’ve sold millions of albums and had major hits that still get played more than 30 years later, what is it that keeps you going as a band? Are there still things left to accomplish professionally?

P: I can speak for myself, in that I live to play my guitar on these songs, with this band, and make people happy. The songs are so simple, guitar-wise, that they still lend themselves to lots of exploration. Then I love the “Sea of Teeth” we get in return. Never fails to make my day, be it the Nassau Veterans Memorial Coliseum or The Ritz Club, or everything in between. Things left to do? Count it in, Matt.

Do you have any plans for a third solo album?

P: Never say never. But I’m much more interested in having a great singer like Mike Reno sing my “rock” songs. That said, I’m working on an electronic dance album, with minimal guitar — definitely not with Mike singing! It’s a chick thing…

When you’re not busy as a working musician, what do you like to do with yourself?

P: I love to cycle on the North Shore waterfront. Luckily, it’s pretty much a year-round sport here in Vancouver. Also, I’ve co-written a mostly fictional movie script about the music business — what else? — with a few references loosely based on people I’ve worked with. Maybe we’ll see it on the screen someday.

Finally, Paul, any last words for the kids?

P: Get off the couch, grab a guitar! Why should I have all the fun? And if you do, write songs, hundreds of them. Good and bad. And later, when you’re on tour in Europe or somewhere, stay in touch — at least with your Mom(s)!