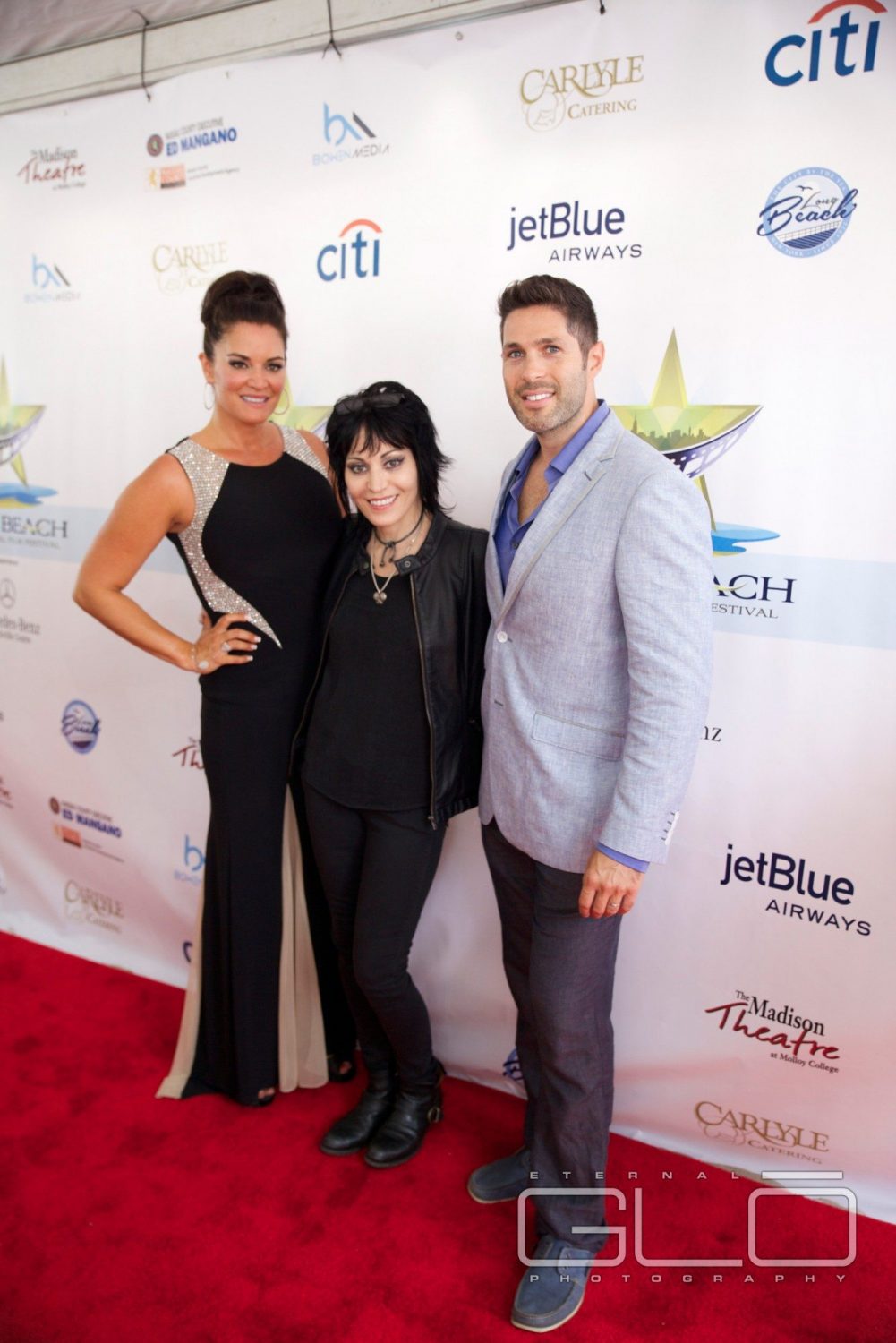 Ingrid Dodd, center, is the co-founder of the LBIFF.

Returning for its fourth year, the Long Beach International Film Festival offers plenty more than its name implies. While true that the LBIFF is based in the beloved Long Island waterfront town of Long Beach and features film screenings, it is also tied in with a variety of non-profit organizations and offers a lot of special food and drink options. Its short film series, “Shorts On The Beach,” and cuisine-oriented “Taste On The Beach” both take place on Friday, August 7th. Its four days of film screenings run in both Long Beach and Rockville Centre the following month from September 24th to 27th. There will also be some musical performances thrown in the mix.

Long Beach International Film Festival co-founder Ingrid Dodd spoke to Downtown about the festival’s origins, the role the Long Beach town has placed in the festival’s growth, and some of what’s to be expected for this year’s events. In short, the LBIFF can be considered a friendly and relaxed alternative to Tribeca Film Festival, although with its continued growth, perhaps an additional festival will be needed to satisfy Long Beach loyalists.

What brought you to Long Beach as a resident?

Ingrid Dodd: ​I was single, working in the city [Manhattan], loved the beach and boardwalk. No better place on the planet.​

Where did the idea for a film festival in Long Beach come from?

I: ​I was a manager at the Allegria Hotel in Long Beach, when [writer, director and producer] Craig Weintraub approached me to hold a premiere of his latest film on the rooftop of the hotel. We hit it off immediately. We had the same energy and passion for the entertainment business, the arts as well as philanthropic hearts. His films had played in festivals around the country and he had been wanting to start a film festival of his own. When the idea struck to start the Long Beach International Film Festival, he came up to my office at the Allegria and said, “I’m starting this film festival here in Long Beach and you’re my partner.” Just like that.

For someone who hasn’t attended the Long Beach International Film Festival, how would you describe it?​

I: The LBIFF​ will celebrate its fourth anniversary with an action-packed line​up of independent ​and studio films from around the globe. During its four-day run, the festival will feature an array of nightly special events, including a red carpet, premieres, filmmaker receptions, compelling filmmaker Q&A’s, international spotlights,​ industry seminars from the Governor’s Film office, our awards gala, and much more! Everyone on the planet connects with film, and we have all different types for not only the film enthusiast, but welcome ANYONE who has never been to a film festival. We have heard amazing stories of friendship and business deals that have come from our festival. This always makes me smile!​ The festival is also the perfect place for the growing film-industry on Long Island ​to network​ with industry professionals.​ ​We will be screening in theaters, and pop-ups throughout Long beach and Rockville Centre.

The festival has been attended by celebrities like actors Burt Young and Scott Franklin, singers Joan Jett and Dee Snider, comedian Joey Kola, and UFC fighter Chris Weidman. Can you confirm whether there may some special guests this year?

I: We have Connell Cruise, a rising young star on Island/Def Jam from South Africa, coming to perform along with local American Idol finalist Robbie Rosen. Food reality show celebrities like Barrett Beyer from Hell’s Kitchen and Danny Gagnon from Top Chef will be on hand, as well as actors, directors, filmmakers, producers and other film and entertainment-related stars and creators to be announced later.

Is there a part of the festival which you’re looking forward to the most?

I: ​I guess one of my most favorite parts is stepping back for a minute with my partner Craig, and taking it all in. Usually at the craziest moments, we remember to walk away, and look at our creation from afar. Appreciation and gratitude for all that come to support, as well as a look at our passion at work. We have an incredible team behind us, knowing that without them and the filmmakers, none of this would be possible.

If someone wanted to help the Long Beach International Film Festival, what could they do?

I: ​Jump onto our website and sign up: www.longbeachfilm.com/volunteer. We have many different positions available and ALL are welcome!​

Are dates already booked for another festival next year?

I: To be determined.

Finally, Ingrid, any last words for the kids?

I: ​Go boldly towards your passion​ with a step forward each day. Believe in something bigger than yourself, and never be afraid to seek out someone else successful in what YOU would like to do. People are kind, and most will guide and lend a hand!