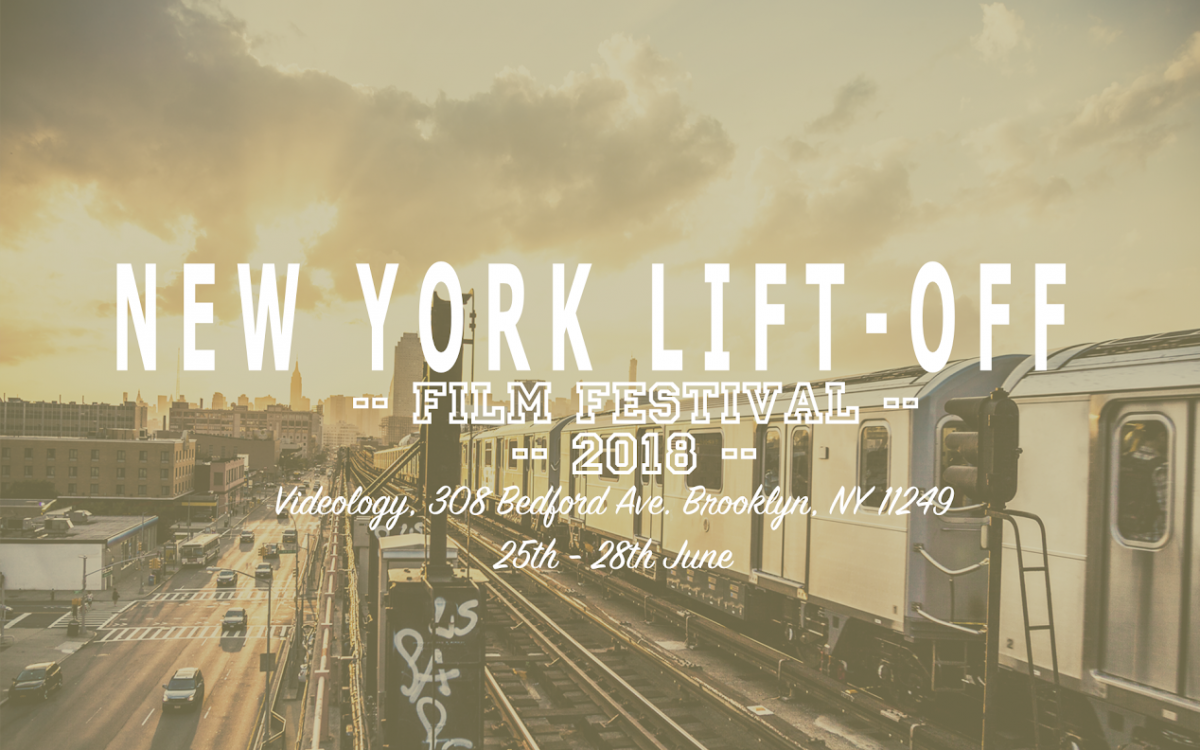 The Lift-Off Film Festival returns to New York this June to celebrate the best that the independent film community on the East Coast and the rest of the world has to offer. The Lift-Off Global Network is committed to promoting a global indie film, connecting filmmakers from all around the world, and nurturing the creative talent of their ever-growing community

The fourth of Lift-Off’s annual eleven-city-wide global cycle of festivals, New York Lift-Off will be held at Videology, a vibrant hub of indie cinema and culture in Brooklyn.

Audiences will be treated to an incredibly broad range of films from equally diverse filmmakers, each presenting stories and perspectives unique to their own experiences. From carefully constructed features, perspective-shifting documentaries, and award-winning short films, there really is something for everyone.

As well as enjoying the films, the audience plays an integral role in Lift-Off festivals. Their responses to each film are collected via feedback cards, which are then sent to the filmmakers. These tangible and genuine audience reactions to their films are invaluable in developing the filmmakers’ creative process.

The festival culminates with a Local Filmmakers Showcase and Networking Party on Thursday 28th June, where attendees and filmmakers can rub shoulders and maybe even find the perfect collaborators for their next project!

The UK based independent film festival founders James Bradley and Ben Pohlman started the Lift-Off Network from small beginnings in 2011 with the first London Lift-Off Film Festival. Now in its eighth year, with eleven host cities, the Network has well and truly gone global.

Thousands of indie films have screened at Lift-Off festivals, from LA to Tokyo to Sydney, and plenty of cities in between. With over 35,000 filmmakers in the Lift-Off family and over 100,000 followers on social media, the growth of this network really has been remarkable.

The Lift-Off ethos is centered around providing a launch-pad for filmmakers’ careers, no matter how much experience they have. The team are dedicated to providing focused feedback to help filmmakers improve, securing distribution deals for Lift-Off screened projects, and connecting filmmakers with each other – after all, collaboration is the key to creativity. From seasoned industry veterans to amateurs with professional dreams – Lift-Off is perfect for everyone who’s passionate about filmmaking.

Comments from the Founders:

James Bradley Co-Director and Co-Founder of Lift-Off commented: “Getting into any Lift-Off Film Festival is a massive achievement. The world of independent film has grown so much over the years that many of the grassroots filmmakers and emerging professionals are left without much of a platform any more. We felt that many of these artists who were producing exceptional work were being hugely ignored – and deserved to be seen!”

Ben Pohlman Co-Director and Co-Founder of Lift-Off commented: “Our film festivals are the perfect place to meet up-and-coming filmmakers at various stages of their careers, from new to award-winning talent, as well as other industry professionals. Through the Lift-Off Film Festivals, we aim to build a community of talented filmmakers and film enthusiasts. We’re all people who love compelling storytelling and good cinema.”