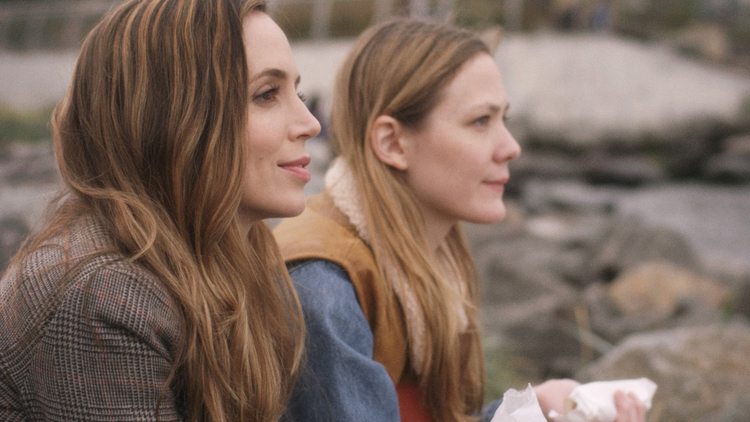 Director William Sullivan‘s Jane Wants A Boyfriend, features the story of a young girl, Jane, who’s looking for romance in New York City–and not in the Carrie Bradshaw kind of way. A rose-colored movie on familial bonding and the struggles of developmental issues, Jane Wants A Boyfriend will be premiering at this year’s Lower East Side Film Festival on Friday, June 19 from 7 pm-9 pm. Another short animated feature, Monster, will be screened before the film.

This romantic comedy explores a week in the life of Jane (Louisa Krause), a young woman looking for love in New York City. Despite dealing with the everyday challenges of being on the autism spectrum, Jane looks to her older sister Bianca (Eliza Dushku), to help her find her very first boyfriend. As the innocent Jane embarks on new territory, and as Bianca worries that Jane’s heart will be broken, they open up a new chapter in their relationship as sisters.

Downtown Magazine got to sit with Will and gather his thoughts regarding the new sold-out film before it debuts in Lower Manhattan:

What about Jane’s character makes you feel more human? What about her warms you?

I’ve always, from the very first draft of Jarret’s first script, felt that there’s a little piece of me in Jane. I’ve spent many years of my life being scared to pursue what was going to make me happy, and not speaking up for what I deserved. And I think Jane is at that really wonderful crossroads where she’s finally built up the courage to say, “I’m a woman, I’m a person, I deserve love just like everybody else.” In so many ways, just through the interaction she has with the world, she’s been made to feel like she’s a child and that she is maybe not worthy of the same things other people are. She sees her big sister having it all. Her big sister has a career, a fiancee, a new apartment. She wants all those things. And I think it takes a tremendous amount of courage to say, “I want this, too.”

I’ve spent so many years of my childhood growing up, feeling like I couldn’t be myself. Or I wasn’t ever going to be able to find love. I was developing this script right around the time I was coming out and starting to figure out who I was. It was very scary and I feel very close to Jane in that way. That you have to stand up for yourself, your right, and your path.

Well I think that the movie at its core, is a female driven story–a story about two sisters. And I think that it’s really important to have Jack in the film as a compelling and complex character, because the relationship between Jack and Jane being believable is something that the movie hinges on completely. So we really needed to find this man who was at a crossroads with his life and almost sort of beaten down enough to be open to the realization that he could take a couple giant steps in a different direction that would lead him closer to being happy.

I think many people come out of school thinking they know exactly what they want to do; for some, it takes time to stop comparing yourself to others, and to an idea of what you think you should be doing, and how you think life is going to play out. Is that making any sense?

No, it makes total sense. I feel a lot of people think they’re going to be living their dream life and working their dream job by the time they’re 25, and they’re not.

W- Yeah. I did a film called Percival’s Big Night. That was about the post-collegiate crisis many of us face when we graduate; but it’s been many years since I’ve made that movie. And with Jane Wants A Boyfriend, I wanted to focus on what is it like to be in your thirties and seeing everyone around you start to settle down and get married––the pressure that Jack is feeling when he goes to this party with Rob and Bianca. He starts to see everyone look, act, and think like “adults,” or at a least what he thinks of as adults. He doesn’t relate to them anymore, he feels left behind, and I think that creates a tremendous amount of pressure for him.

I feel like during the film–especially the beginning–smoking plays a role within the characters of Bianca and Jack, as well as how Jane feels towards the habit. It kind of made me think of Jim Jarmusch’s Coffee & Cigarettes. In what ways do you think cigarettes relate to conversations? And taking “breaks” from places and people?

That’s a really interesting question. It’s such a thing in the restaurant/hospitality industry; because it’s such a grind, and the hours are so brutal. It’s hard to say “I need to go outside and get some air, I need to step away.” By saying you need a cigarette break, it’s like carving out a space and time for you to reset and recharge.

I think it’s a really helpful–and even clichéd–way of setting up scenes in movies. What was useful for us was to show that Jack’s [his character], starts off as this heavy smoker, and eventually by the end of the film, he has given it up for Jane, who doesn’t like to be around smoke. When he meets her for the first time, he puts out his cigarette, and just realizes this isn’t the kind of girl he’s used to hanging out with. I think that’s a really important story telling point.

I don’t really want to be putting smoking in movies. I certainly know less people smoking now then I did in college. Bianca has quit, and she’s moving away from that. Jack just keeps dragging her back into the world of cigarettes. By giving it up – I think it’s a really wonderful way to show the transition away from his old life, into his new life.

Relaying towards the date sequence where Jane is on her first date with Steve, what inspired you to shoot that the way you did? The fuzziness, the disorientation? Why did you feel that it was the best way to depict what was going on in Jane’s head?

I worked with a wonderful director of photography named Brandon Roots. We spent a long, long time trying to figure out a way to visually portray what it feels like when Jane hits a sensory overload. We did a lot of playing around with camera tests, trying to feel out how we could sort of warp the environment. Ultimately, we settled on this “lens baby” effect. That’s the product we ended up, it’s called a “lens baby.” I think it’s sort of a very imprecise piece of camera equipment. You have to hold it in front of the camera, and I think that instability–the impreciseness lends itself to the focus shifting in-and-out. If you’re being overwhelmed by something, you can’t actually focus on one thing because things keep hitting you from different angles. After a lot of playing around, we sort of landed on that as the trick we were going to use to try and let the audience know what it felt like to be in Jane’s world. That, coupled with the sound design of, what does it feel like to be flooded with all these noises and sounds, that discomfort. When you watch it in the theatre, it’s kind of unnerving.

How important was New York City to you during filming? What about Manhattan charms you?

I’ve been here for many years. I think as a New Yorker, you get a little bit jaded about the city. It was really fun to see it again through Jane’s eyes and let it be somewhere that was special, and intriguing, and fun–in the way that it can be in a Woody Allen movie. When you’re doing production in New York, it’s so hard. Everything is so difficult; but when you watch it on the screen, it’s so romantic and idealized. I think just being able to find locations that took our breath away, like the rooftop overlooking the Empire State Building. It’s like when we felt like we could translate what was described in the script, into an actual, practical location, it was so fulfilling because it’s almost like we could tap into this idea that Jane has–that everything is a perfect world, a black & white movie.

Lastly, what other filmmakers do you draw your inspiration from? What are some of your favorites?

I think that the best directors adapt to the story that they’re trying to tell. I think the directors that I’m attracted to, wouldn’t necessarily have a similar tone to the film that I just made. I’m a huge fan of the director Joe Swanberg, who does his movies completely improvised. I just have another film within the festival circuit called That’s Not Us. And that is completely improvised. I really wanted to explore a very different kind of film from Jane.

View the trailer for Jane Wants A Boyfriend, below: