Legendary guitarist Marty Friedman returns to the U.S. for a headlining tour 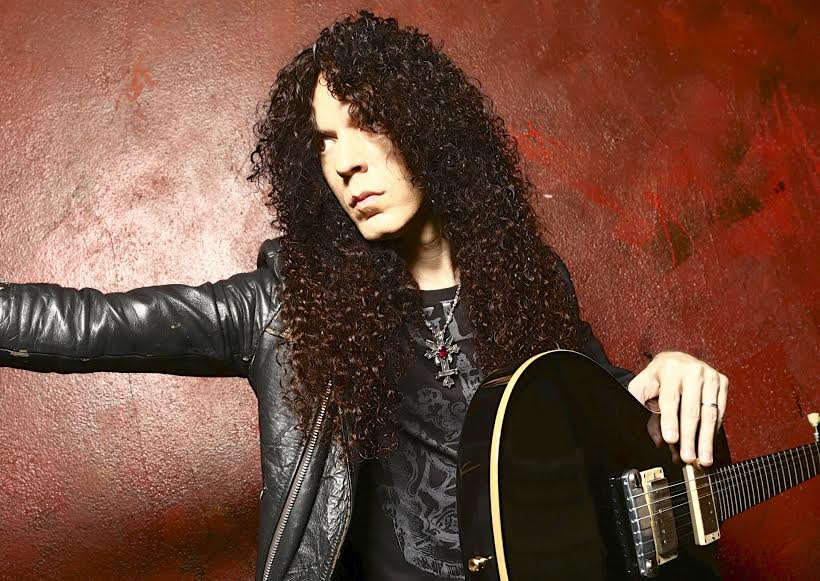 The name “Marty Friedman” ought to ring a bell to American metal fans – he was the lead guitarist in Megadeth for 10 years following two albums with Cacophony and one solo record for shred-mecca Shrapnel Records.

6,000 miles away from New York, the name “Marty Friedman” means something very different in his adopted home of Tokyo, Japan. Marty is not only a recording artist within millions of loyal Japanese fans, but also a TV host, actor, record label owner, and newspaper and magazine columnist. A fluent speaker of the Japanese language, Marty managed to assimilate into a culture not generally known for accepting outsiders.

As part of his first North American tour in 12 years, Marty will be coming to New York on September 10th with a headlining gig at The Gramercy Theatre. In support of the Gramercy show and his 2014 studio album Inferno – as released by U.S. label Prosthetic Records – Marty generously answered some questions for me about both his personal and professional lives. Despite Marty’s international superstardom, he was one of the most interesting yet down-to-earth interview subjects I have profiled in over 15 years of writing for music rags.

[Writer’s Note: Apologies go to Rick Beato for the confusion over his position in Billionaire. Since Billionaire disbanded, Rick has gone on to write and/or produce hits for Shinedown, Boys Like Girls, Needtobreathe, Parmalee and Ingram Hill, among others.]

When was it that you decided that you were going to move to Japan? Was there a particular event that inspired this?

Marty Friedman: It was a gradual thing. I just found myself listening to Japanese music more and more, and eventually it was all I ever listened to. Pop, rock, metal, dance music, traditional “enka” music, I just couldn’t get enough of the unusual melodies and new feelings I was getting from it.

I used to work with the manager of a band called Billionaire, who toured with Megadeth towards the end of your tenure with the band. I heard a rumor that you liked to play jazz backstage with the bassist Rick Beato. Any truth to that? If so, why haven’t we ever heard a purely jazz project from you?

M: Rick was actually the lead guitarist [of Billionaire], and a fantastic one at that. We played a lot of jazz, and most of it was stuff that he had taught me. Those jams also really planted the seed to pursue what I was really into at the time, which was J-pop, and J-pop — unlike pop and rock from the U.S. — borrows much from jazz sensibilities, stuff that Rick taught me. Rick also produced Chris Jericho’s band Fozzy which I guested on, so when I did an interview with Chris last week, Rick`s name came up. I’ve talked more about the guy in the last week than I have in the last 15 years!

There are a lot of American artists who have a niche following in the States yet absolute stardom in Japan. The Ventures, Utada and Scott Murphy being three other examples of that. Is that something you are concerned about? Or is that actually a blessing because it requires less travel?

M: It takes a ton of cultivation to make it in Japan, because Japan is by far the most “entertainment flooded” country in the world per capita. Everyone plays there from the entire world, but more importantly domestic Japanese music makes up 80 percent of the music that gets sold and played here [in Japan]. There is an insane amount of music available here of every genre and sub-sub-genre. So only in rare cases, like Bon Jovi and the like, do foreigners do huge business here. I’m not concerned about it, because I just do what I do and not really worry about the outcome. I let my manager worry. (laughs) I do well here in Japan, but in very large part to the fact that I do not only my albums and shows, but every other kind of media possible, mostly TV but also movies, commercials, radio, and all print media. As a result, I am absolutely slammed with work here, so getting outside of Japan to tour is a big and risky undertaking, but I love it, and do it for the fans, more than anything. There are some folks outside of Japan who have supported me for a long time without even seeing me live once, so I am really looking forward to playing for them especially.

I’ve heard you referred to as “the Ryan Seacrest of Japan” in some articles. Do you like that tag? Or is there someone you’d rather be compared to?

M: Someone just said that about me and used it as a headline, but it’s a bit of a stretch. I think the connection is that we are both on TV a lot, but what we do is completely different. I don’t have the talent that he has for TV. I have a unique character and point of view that gets me on a wide variety of shows, and I just do my best. Even after about 700 shows, it still doesn’t feel like “my real gig.” There is really no one to compare my situation with, for better or worse.

Although I was familiar with your work in Megadeth beforehand, I first learned a lot about you when I briefly lived in Japan. Do you find that the majority of Megadeth fans are familiar with your current projects? Or has it been a slow build over the years?

M: In Japan, I believe Mega-fans all are familiar with some of the things I do, but I am definitely more well-known by non-Mega fans. It’s funny because when I meet a fan somewhere, you never know what they know me from, it’s always something different. This show or that show, or my solo music, or my past bands. Everyone tells me a different thing that made them a fan. Oddly, one of the things people know me for the most is a show I only do once or twice a year called Tamori Club. It’s not even a big fancy show, but it is quite funny and has been on the air for more than 25 years. I’m a regular on its annual year-end special.

I caught you on TV a few weeks back when a NJPW rerun showed you playing guitar with Hiroshi Tanahashi on the way to the ring from a year or so ago. How does one perfect the art of walking while shredding?

M: That was so fun! Actually I tend to move a lot when I play anyway so it’s no problem, but there is nothing really that can prepare you for an event like that, you just have to dive in and have fun. You never feel safer than when you have friends like Tanahashi!

For you, how does touring in the States nowadays compare to touring in Japan?

For someone coming to see you at The Gramercy Theatre in New York, what should they be expecting? Only solo material in your setlist?

M: My band will take your attention off of me. They are from another planet, and I have to play my ass off just to hang in there. It will be an adrenaline-charged night, nothing like what the term “instrumental metal” brings to mind. Lots of surprises in the setlist. Actually the show is just a reason to get some New York-style pizza. That`s one of the few things that hasn’t been perfected in Japan yet.

What do you remember about your first-ever gig in New York City?

M: It wasn’t NYC, but my first band as a teen, Deuce, did a show in Poughkeepsie, and we had a blast. We brought our local gang from Maryland and there were plenty of local people there to make us feel good. On that trip, we stopped in NYC and had the best Italian food ever, went to Max’s Kansas City and saw great punk bands all night long including The Dead Boys. That was the first time I saw the real world after growing up in rural Maryland. It was exhilarating. My first real NYC gig was at Madison Square Garden, with Megadeth. It was sold-out, my family came up to the show and it is one of my fondest memories of those days.

A lot of the projects you’ve played on haven’t gotten a proper U.S. release. Given that you have a record label through AVEX, Gokukara Records, might we see more Marty-related releases coming out in the States in the future? Or at least put up on Spotify here in the States?

M: Actually, Prosthetic released five of my previous Japan-only releases in the U.S. I’m real proud of all of them and glad they are available outside Japan now, so do check them out sometime.

M: Enjoy music that I’m not actually working on myself, that’s a luxury!

Finally, Marty, any last words for the kids?

M: Thank you for your questions and I can’t wait to bring it to the USA!