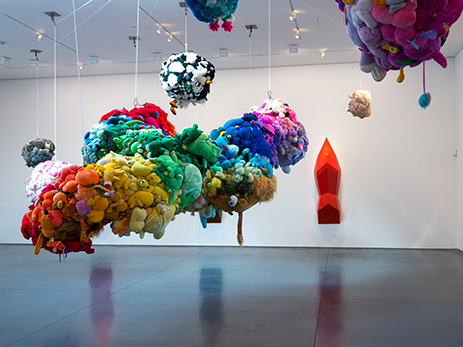 As we welcome the New Year, we bid adieu to some of last year’s best Museum exhibits. Don’t miss your chance to experience the beauty that the city’s most fascinating museums have on display.

Balthus: Cats and Girls- Painting and Provocations, The Metropolitan Museum of Art

French painter Balthasar Klossowski de Rola (1908-2001), known as Balthus, is most recognized for his unusual portraits of adolescents. He rejected the social conventions of the art world during his time and was famously private. The exhibit, called “rather strange, even refreshing” by The New York Times features nearly 40 paintings dated between 1930 and 1950.

A large collection of 80+ paintings, collages, and objects from Belgian artist René Magritte (1898-1967) during his Surrealist years, directly prior to WWII. These are his most unusual, experimental, and innovative works. This is the first exhibit to focus solely on Magritte’s Surrealist period.

Vermeer, Rembrandt, and Hals: Masterpieces of Dutch Painting from the Mauritshuis, The Frick Collection

This exhibit appropriately devotes an entire room to Vermeer’s masterpiece, Girl with a Pearl Earring (c.1665). This one piece alone warrants a trip to the Frick. It is the final venue of a world tour of paintings from the Royal Picture Gallery Mauritshuis in The Hague, the Netherlands. While the Dutch museum is undergoing renovations, it has lent out masterpieces that have not left its walls in thirty years.

American Modern: Hopper to O’Keeffe, The Museum of Modern Art

The MoMA drew from its own collection of American art dated 1915-1950 for this showing. A large selection of paintings, drawings, photographs, prints, and sculptures are organized thematically, not strictly chronological. The tour gives a sense of the rapid cultural changes in the time period of American Modern.

This is the largest exhibit MoMA PS1 has organized since 1976, and it has taken over the entire museum. Over 200 works of the American artist Mike Kelley (1954-2012) are installed, giving you a comprehensive tour of his career up until his tragic death in 2012. The New York Times called Kelley “one of the most influential American artists of the past quarter century and a pungent commentator on American class, popular culture and youthful rebellion.”

This exhibit is a collection of Russian-French artist Marc Chagall’s (1887-1985) work during the rise and fall of fascism from the 1930’s through 1948. During this period in the wake of Nazism, Chagall fled to France and later escaped to New York with an invitation from Alfred Barr of the MoMA. The crucifixion of Jesus and other Russian Christian icons, symbols important to both Jews and Christians, are frequently incorporated into these works.