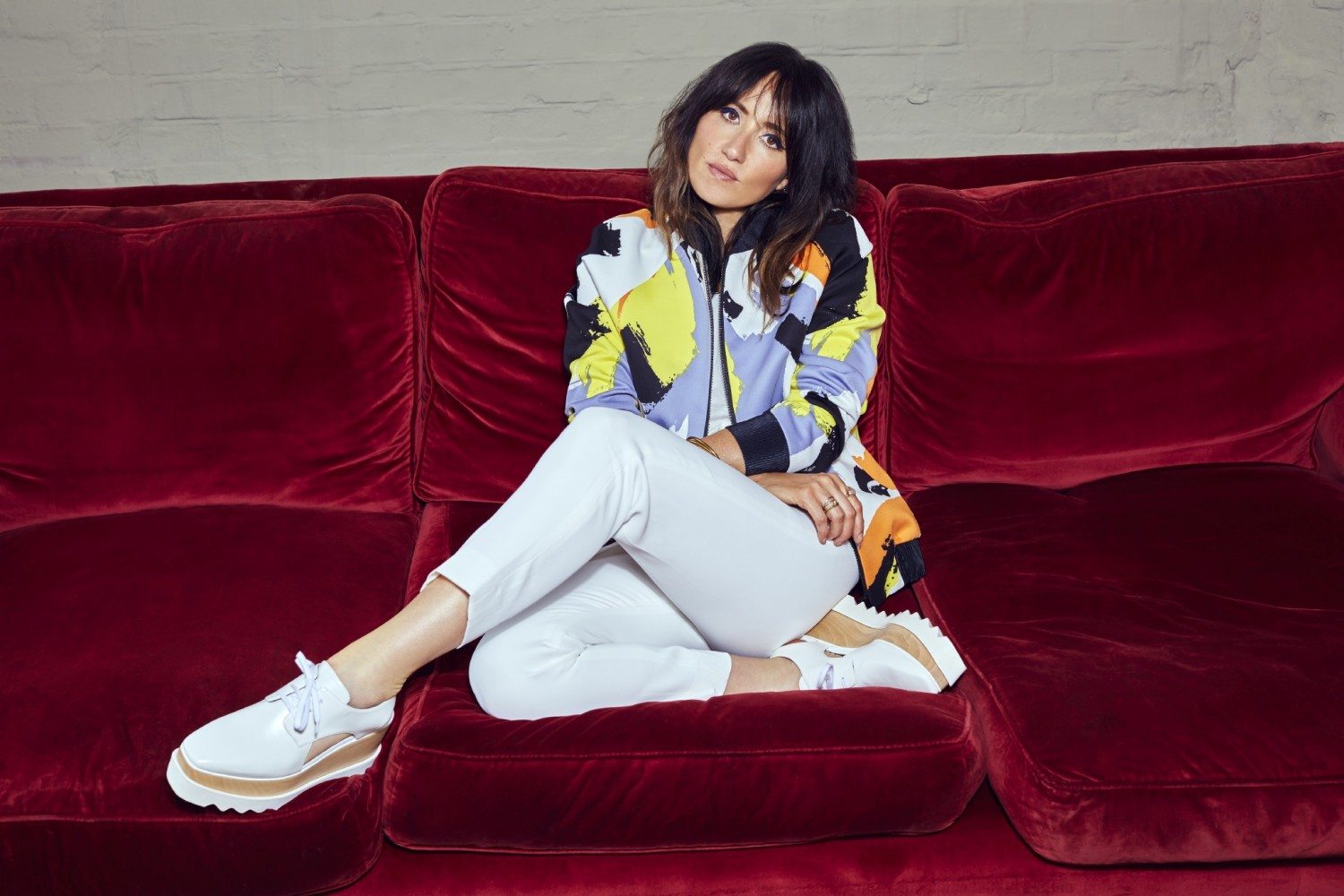 Close to a decade after she earned a degree from London’s prestiguous university Royal Holloway, KT Tunstall finally hit it big with 2004’s Eye To The Telescope. KT’s debut album — which took off in the U.K. in 2005 and then in the U.S. in 2006 — sold platinum in four countries. First single “Black Horse And The Cherry Tree” was the Q Magazine Awards’ Best Track honor, also earning a Grammy nomination, while third single “Suddenly I See” took the Ivor Novello Award for Best Song. More success followed with 2007’s gold-selling Drastic Fantastic and additional charting singles like “Hold On,” “If Only,” and “(Still A) Weirdo.”

KT took a break after 2013’s Invisible Empire // Crescent Moon, moving to California and taking on work as a film composer. However, she returned to form with 2016’s KIN, as produced by Tony Hoffer. Released on Sept. 9 via Sony/ATV, first single “Maybe It’s A Good Thing” — which came out in July — is an admitted “pop song” from the Scottish native. KIN also features a rare duet for KT as she sings with English singer/songwriter James Bay on “Two Way.”

In support of KIN, KT Tunstall makes a return to Irving Plaza on Monday, Sept. 19. She spoke to Downtown about KIN, what to expect at her downtown Manhattan show, and plenty more. KT can be visited online at www.kttunstall.com and followed on both Twitter and Facebook.

What do you remember about the first gig you ever played in New York? Where was it?

KT Tunstall: Oh wow! I think it was at Hotel Cafe — if I remember rightly, the Broken Social Scene guys and girls were in town and they let me crash there for the night. I couldn’t believe I was actually playing a show in New York City. It was like a waking dream.

Beyond being a great song, one thing I find interesting about “Suddenly I See” is the long life it had. It came out as a single in 2005, then later was in movies, TV, commercials and video games over the next few years. When you wrote the song, did you know it was going to be a single?

KT: I had NO idea! It was one of those crazy quick songs that I wrote in about half an hour. Turned out to be one of the best 30 minutes of my life! I was living in a dingy basement flat in North London, looking at the cover of Patti Smith’s Horses. I wrote the song the same as I would any other. I knew it was catchy, but I had no inkling of what was about to happen.

KT: Well, I like both of those things and at the moment I’m getting to enjoy all of it! I’m glad I didn’t become famous off the back of depressing songs, or even slow songs, that would make it a lot harder. It’s pretty amazing seeing someone’s relationship with your song play out right in front of the stage and then just grin back at them.

KT: At the moment, my favorite song to perform is a new one called “It Took Me So Long To Get Here, But Here I Am.” It’s the emotional mission statement of my new album, and is very uplifting — a real sing-along song. I teach the audience the chorus beforehand and they belt it out and dance along even though they’ve never heard it before. I’ll miss teaching it to everyone once the record is out!

I’ve read that you moved to Los Angeles to pursue a career as a soundtrack composer. Where did the idea for that come from?

KT: I had wanted to get involved with film music for many years but never found time. My main inspiration for film scoring came from hearing The Life Aquatic by Mark Mothersbaugh of DEVO. It was the first time I’d heard a brilliant mixture of contemporary experimental, sometime-humorous modern music married with orchestral arrangement. Brilliant.

You’re putting out a new album, KIN, in September. Is your plan for the future to split time between composing and your solo career?

KT: Thankfully, there is room for both simultaneously as I tour. I recently contributed towards the score for the Mila Kunis movie Bad Moms alongside great composer Christopher Lennertz, and it was very liberating to know that all I needed was my laptop, headphones and a mic.

Do you have plans to co-write for other artists? Or is that something you’ve already done?

KT: I actually haven’t done it much, and I’m really into the idea. I haven’t had the head space to do it in the past. But it does really appeal now, flexing some different creative muscles!

How did your collaboration with James Bay on the new album come about?

KT: We met on the Jools Holland Hootenanny last New Year’s. I was about to start recording the album, and I had read that he was a fan of my music. He absolutely blew the roof off at Jools. A few days after the show, I remembered this song I had half-written that I wanted to be a duet. I dropped him a line and said, “I know you’re busy owning the planet right now, but do you fancy writing some writing and singing a song on my new album?” He was bang up for it! We had a great time recording that song, and I really love his performance and writing on it.

Any chance of a future collaboration with former tourmate Steve Schiltz from Hurricane Bells on a future recording?

KT: Ahhh, Steve! We love Mr Schiltz. What a talent. He’d be a great person to collaborate with, for sure.

KT: With my love, surrounded by nature! Or in a movie theatre with very large bags of peanut M&M’s and popcorn. I’m also a really keen skier and try and get out for a week or two in the winter. But living in Venice Beach has changed my life, I love my downtime just chilling with the palm trees and riding my bike.

If you have a free moment while in town for your Irving Plaza show, is there a place you must go to?

KT: I love the Frick Collection. It’s such a beautiful, tranquil space with some really diverse art, and after taking that in I can pop over the street for a stroll in Central Park.

Finally, KT, any last words for the kids?

KT: Yeah! You are enough! Don’t waste any of your precious, beautiful life on anyone who tells you otherwise! And also, come to my show. I’ll rock your socks off.