Tony- and Oscar-winner Joel Grey to direct Yiddish version of Fiddler on the Roof, Downtown 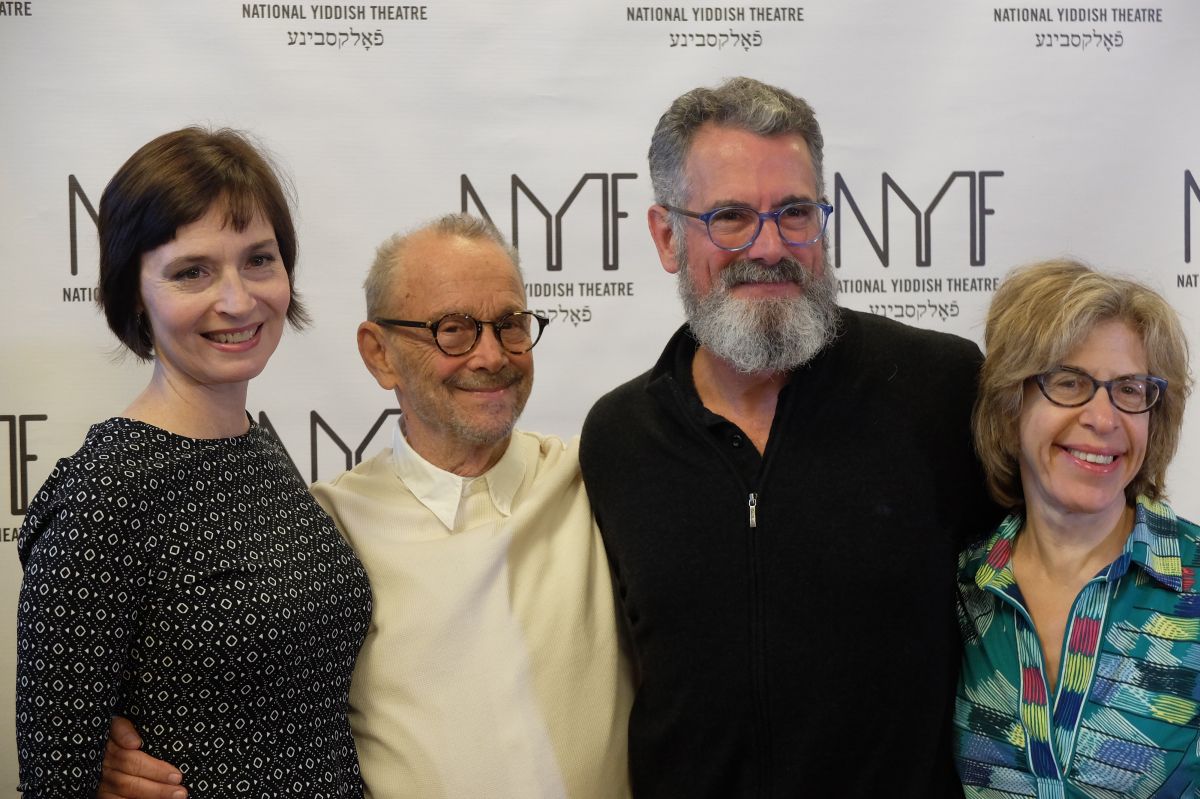 Rehearsals are underway for the National Yiddish Theatre Folksbiene‘s production of Fiddler on the Roof, directed by Tony and Oscar award winning actor and director, Joel Grey. The musical, which opens in previews on July 4 and runs through August 26 in the theater in the Museum of Jewish Heritage in Battery Park, stars Steven Skybell as the beleaguered but hopeful Tevye, Mary Illes as his wife, Golde, and Jackie Hoffman as Yente the matchmaker.

Grey’s relationship with the Yiddish language goes back to his childhood. His father, Mickey Katz, was a Yiddish actor and impresario who started a popular variety show in California called the Borschtcapades. Says Grey, “I wanted to be on stage so I learned some Yiddish songs.” He jumped at the chance to direct this production. “I said, ‘I really understand that show. I love it, and I see it every time it’s around. Even though I don’t speak fluently I understand a lot of Yiddish, and I know what that show is about.'” He adds, “I also know what it is about in this year with the current immigration situation, and with people wandering all over the earth, all over the United States. It’s a universal story.”

Broadway veteran Steven Skybell has played Tevye twice before but never in Yiddish. He says, “Tevye is up there with some of the world’s greatest characters. The emotional range of what he experiences in three hours is as high as it can possibly be, and as low.” Skybell played the role when he was 17, and again when he was 22. He is looking forward to playing this middle-aged man in his own middle age. “It’s not just about the young ‘uns, it’s about the progression of young to old. As specifically placed as Tevye is in a particalar locale and time, and with a particular religious belief, he is still universal. Tevye is everyman. That is what makes him so well-loved.”

Jerome Robbins, Jerry Bock, and Sheldon Harnick created the original Broadway production of Fiddler on the Roof. It was the first musical production to surpass 3,000 performances. In 1965 it won nine Tony awards including Best Musical. The story is based on the Yiddish tales of Tevye the Dairyman by Sholem Aleichem. This Yiddish translation of the beloved musical was last performed in Israel over 50 years ago. Says Grey, “I think the Yiddish brings an authenticity to the production that people will understand and appreciate. Even non-Yiddish speakers can understand these universal themes about marginalized people. There are supertitles in both English and Russian, however I think people know this story so well even without them.”

For more information and to purchase tickets to the National Yiddish Theatre Folksbiene’s production of Fiddler on the Roof at the Museum of Jewish Heritage, click here.