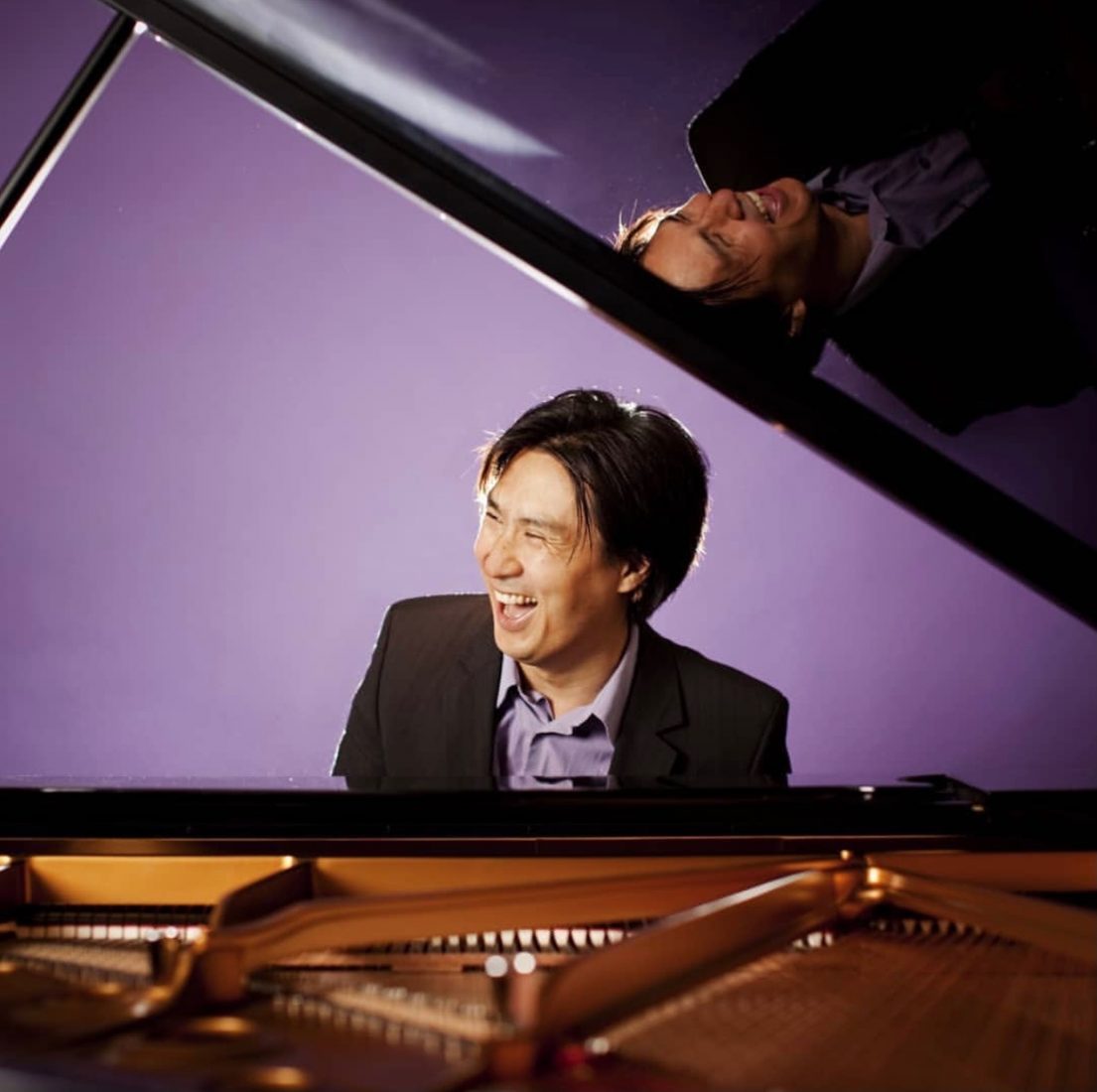 June 21st was Global Make Music Day, and in celebration, Steinway and Sons put on a special performance from several world-class artists, including British-Korean composer-pianist, Hyung-ki Joo. The show took place in The World Trade Center’s Oculus. Joo premiered his “Chandeliers”, a hauntingly evocative piece written in memoriam of 9/11, at the site at which the tragic event occurred. The premiere also marked the triumphant return of live music in New York City, coming out of the dark times of the last year and a half. We spoke to Hyung-ki as well as Ron Losby, the esteemed CEO of Steinway & Son’s for a Downtown Q&A. 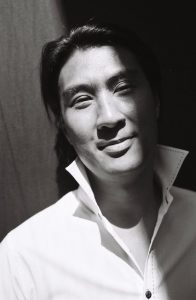 Downtown: What does global music day mean to you?

Hyung-ki Joo: Ideally, we should be celebrating music every day, all over the world. Music needs to be more respected and treasured.  Since the start of the “Corona-era,” I feel as though Art and Music have been disrespected and devalued. Even before Corona hit, far too many places in the world, including the affluent Western World, had no educational classes for music in schools.  I believe that music should be a part of every child’s life and I don’t say this because I’m a musician. There are plenty of studies that show how important music is for brain growth, cognitive skills, social and developmental skills.  Music is one of the very few things that bind us as a human race. In a band, or an orchestra, you can have players of all colors, nations, and creeds, and despite their backgrounds, they can make good music together. I believe that musical literacy should be a human right, and as Nietzsche said, “Without music, life would be meaningless.”

DT: Playing your song at the memorial campus for 911 must-have evoked a profound feeling. Would you share any of how you felt with our readers?

HJ: I never imagined that “Chandeliers” would be performed at The World Trade Center, the site that inspired the piece. To see something new and positive existing in the place where so much devastation took place in 2001 is a testament to the New Yorkers and the many others who suffered on that horrible day. To me, the new World Trade Center signifies hope and light.

DT: You wrote this beautiful piece to honor the memory of 911. How did this come about, and how long did it take you to write it?

HJ: 2001 was a year of immense change throughout the world as well as for me. After 9/11, everything changed. I was living in New York at the time and one of the things that struck me most profoundly was, despite the darkness that was towering over us all, light prevailed. I remember vigils and ceremonies aglow with candlelight and lanterns. There was a genuine spirit of solidarity that was touching to witness and experience; especially in a city where aggression and apathy are normalized. I pictured swirling chandeliers hanging from the skyscrapers and thus I began to write this musical sonnet for piano: Chandeliers.

DT: Where were you on 911 and how did you learn about this tragedy?

HJ: I was living in New York at the time. Everyone was glued to TV sets- it was impossible to miss.

DT: What was it like having your music played in our stunning Oculus?

HJ: I was honored that my new book of 10 piano pieces, under the album title, “Chandeliers”, was given a World Premiere at the Oculus. The premiere was given by 8 pianists from my Alma Mater, The Manhattan School of Music.

“Chandeliers” was performed beautifully by the marvelous pianist, Elina Christova, who also studied with me at Manhattan School of Music.

DT: What is your favorite place in downtown New York City?

HJ: Well, the Oculus is definitely one of the most stunning works of architecture in downtown, NYC.

I love the Wild Horses of Sable Island Gallery in Soho.

And one of my all-time favorite places to relax and enjoy a meal is the Olive Tree Cafe in Greenwich Village.

The “Earth Room” is also a unique place I quite enjoy.

DT: You are not only known for your music but also your comedic zaniness, we hear that it’s infectious. Where does this come from, and do you always include this in your performance?

HJ: Victor Borge said that “Laughter is the shortest distance between two people.” Classical concerts alienate audiences because the atmosphere is too elitist and intimidating. Concert Halls, presenters, and Orchestras need to find a new way to connect to today’s generation or the halls will be empty soon. It is 2021, and we are playing music that was created between 1700 and 1950. Laughter is healing, and it helps to put people at ease. I don’t always include “comedic zaniness” in every performance I do, but it is important to make the audience feel at ease and welcomed. In the time of Liszt and Schubert, there was no divide between the artist and the audience, and it is a shame we have lost this tradition. Composers like Mozart, Rossini, Haydn, Prokofiev, and many others, did not put on a comedy hat, and then put on a serious hat. Humor and Non-Humor [were] just two sides of the same coin, and those composers didn’t take their craft less seriously when they were writing humorous music. I always found that classical musicians do not take the humor in music seriously enough! When I started my duo with Aleksey Igudesman, we simply wanted to make concerts that we would want to go to ourselves. And to have the element of surprise back when we go to concerts, I think that everyone should produce concerts that they would like to attend themselves. Just think of the variety and fun we all will have! 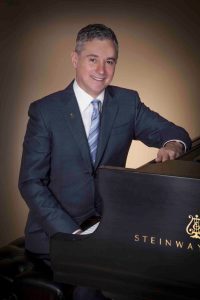 Downtown: How did Steinway become involved in this concert at Oculus?

Ron Losby: I heard about the event from Hyung-ki Joo, who is a Steinway Artist and a good friend. “Make Music Day” is obviously something that Steinway & Sons wholeheartedly supports, with such a noble goal of spreading the beauty and power of music to everyone. Upon hearing of the event, I let Hyung-ki know that we could support their piano needs for the event – and assist in any way needed.

DT: Steinway has had a stellar reputation since it opened more than 150 years ago, tell us your secret?

RL: For Steinway & Sons, the secret has really been [the] continuous improvement of our piano and innovation. Since the early days, Steinway has innovated within its factory – always utilizing the best mix of handcraftsmanship and technology to build a piano that is always a little bit better than the one we built last year, the year before that, and so on. But we have also innovated with our product. The clearest example there is the introduction of Spirio, the world’s finest high-resolution player piano. Now, with the touch of an iPad, even non-pianists can listen to concert-level performances on demand, on an acoustic Steinway. And for the pianists out there it is, of course, still a fully playable Steinway.

DT: We have worked with many celebrities who were brand ambassadors for Steinway and Sons, how are they chosen?

RL: Steinway Artists apply to be on the roster and a very interesting thing is that they are not paid endorsers, but choose to be Steinway Artists for the love of their craft and the instrument that we provide. All Steinway Artists actually own a Steinway, which is a part of the requirement to joining our roster of talented and acclaimed pianists.

DT: What is it like to be in The Oculus as a grand performance space?

RL: The Oculus is a spectacular feat of design and engineering – creating a space that is beautiful and modern, but also very practical and usable. It has a certain look to it that is a part concert hall and part coliseum … so it seemed a very appropriate space for today’s musical performance meant to be shared with the masses.