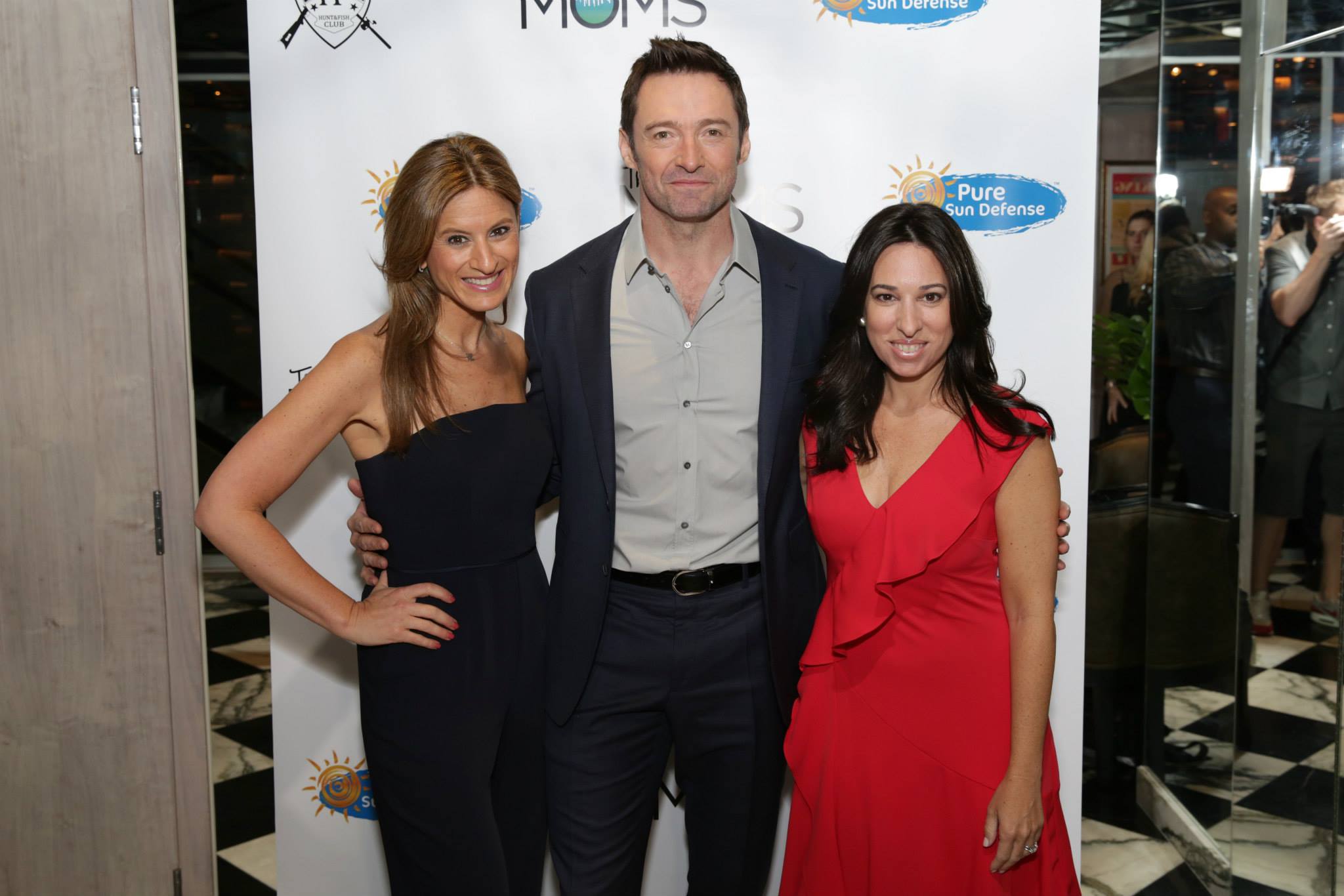 Photo: Courtesy of the MOM’s Network

The MOM’s Network hosted a Mamarazzi® event with actor and humanitarian Hugh Jackman, who was on hand to discuss the importance of sun protection. He recently shared news of his skin cancer diagnosis and is passionate about skin protection, especially for children. He and his business partner Chris Clarke have launched a new line of products called Pure Sun Defense and his goal is to share the importance of sunscreen and encouraging families to incorporate sunscreen into their daily routine.

“It doesn’t matter what your skin color is…we are all susceptible to skin cancer,” Jackman said.

The breakfast was held in the beautiful Hunt & Fish Club restaurant in Midtown. After enjoying breakfast, The MOM’s network founders Denise Albert and Melissa Musen moderated a Q&A session with Jackman, who is a skin cancer survivor and father of two children. He was inspired by his skin cancer experience to raise awareness of the growing skin cancer problem. In his native Australia, the ozone layer is thinner than in most other locations and the rates of skin cancer are higher. In the U.S. the numbers are still high, with a chance of one in five Americans getting skin cancer, and a one in two chance among people who never wear sunscreen, according to Jackman.

“No one should ever have skin cancer; it’s all about protection and spotting it early,” he said.

He spoke passionately about ways in which the number of skin cancer cases can be decreased. One is by simply wearing sunscreen on a daily basis and reapplying throughout the day. His newly launched sunscreen Pure Sun Defense is geared towards children. The product line features Frozen®, The Avengers®, Spider-Man®, and Princesses®. Jackman hopes that having sunscreen with recognizable characters will make kids more excited about putting on lotion, similar to how toothpaste companies have made brushing teeth more appealing by including licensed characters. Jackman emphasized the importance of making applying suntan lotion a priority, even for people with darker skin tones and on cloudy days.

Jackman was asked about his involvement in the X-Men franchise and he confirmed that he will be “hanging up his claws”, after the completion of his last X-Men film. New Yorkers should not worry about missing his presence. Jackman wishes to return to Broadway for, in his words, “the rest of my career.”

The Pure Sun Defense products can be found at most retail stores. To learn more about the product, please visit http://www.puresundefense.com.

Denise Courter is the Founder of FiDi Families.com, an online destination for Lower Manhattan families. She is also a Today Parenting Team contributor.