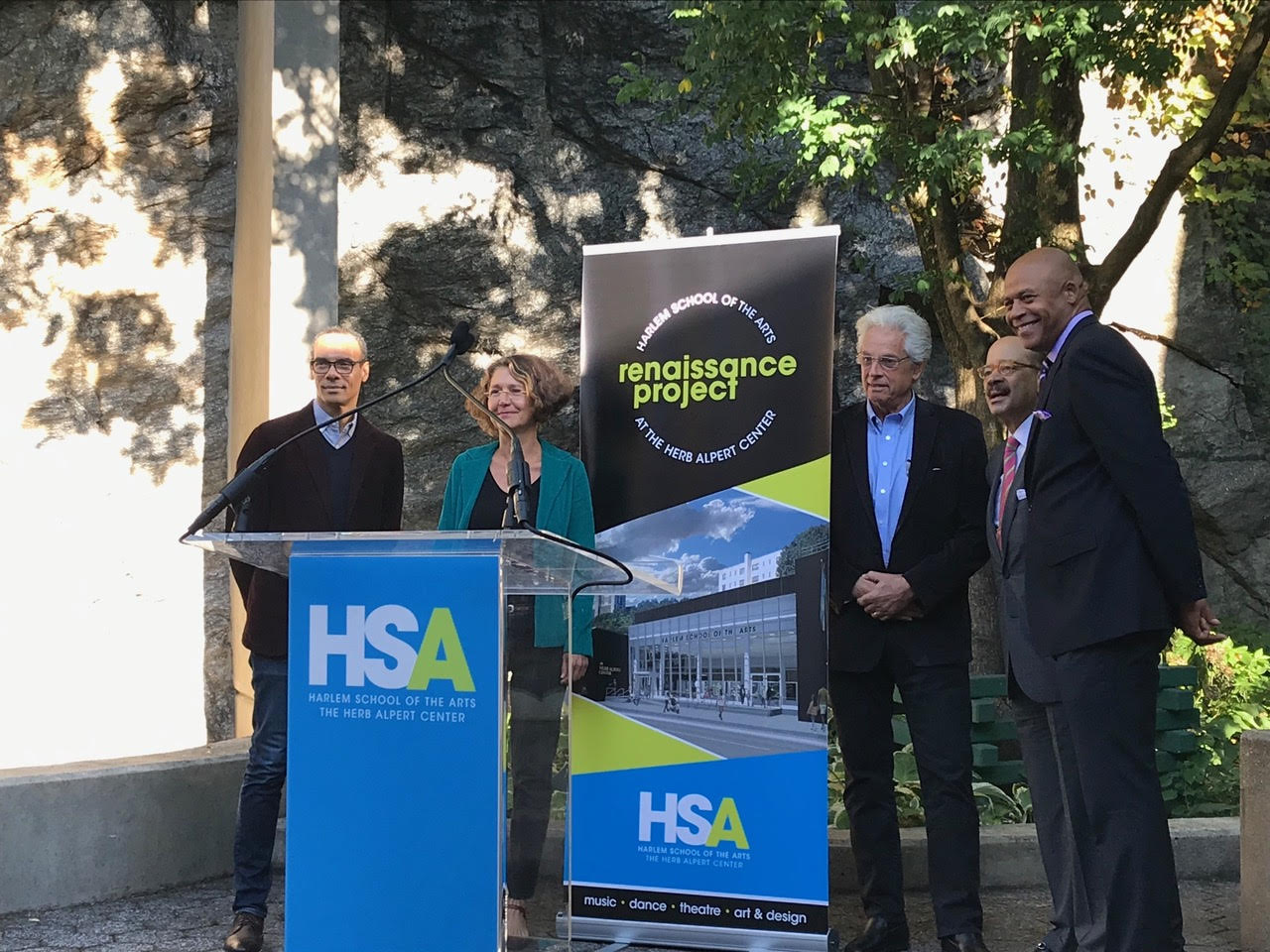 Photos courtesy of the HSA

On September 13th, Harlem School of the Arts broke ground on a $9.5 million renovation project on their upper Manhattan building. The project, called The Rennaisance Project, includes the replacement of the building’s brick exterior and the renovation of the lobby, which doubles as a performance space. The building is set to debut in the Fall of 2020.

Harlem School of the Arts began in a church across the street from its current location. Founder Dorothy Maynor organized the program in 1964 as a way to stimulate growth in the children of the surrounding neighborhoods, primarily low-income brown and black families. Within ten years the program had outgrown its confines. The current building, on 645 St. Nicholas Avenue, opened in 1979.

Since its inception, HSA has maintained a reputation as an excellent, unique, program. It offers four disciplines–music, theater, visual arts, dance–to children from pre-school through high school. More than 1000 each year. Its alumni fill your entertainment feed, from theater to music to television, but they also fill the school. Many of the staff present at the groundbreaking, as well as department heads, were former students who had attained success and returned to teach.

The renovation will be orchestrated by Imrey Studio in conjunction with John Storyk, a legendary acoustical engineer. Imrey Studio will replace a portion of the brick exterior with clear glass, opening up the lobby area/performance space. Storyk, who has worked on projects from Jimi Hendrix’s Electric Lady Studios to the Barra Olympic Park in Rio de Janeiro, helped redesign the space to make it an ideal performance space to show off the skills of the students.

If math is not your child’s favorite and are looking for help with their calculus assignments and write –  do my math homework online or do my homework choose one of the offered disciplines by HSA. Your child will study with ease and won’t need to order essay online.

The renovation has been made possible through the donations of Herb Alpert, famous jazz musician, and his wife, vocalist and author Lani Hall Alpert. The two donated the full cost of The Rennaisance Project, part of their continued philanthropy and support of HSA.