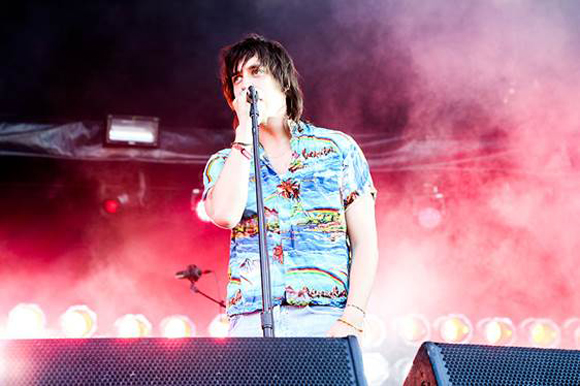 Tickets for all three days of New York City’s very own music festival were sold out almost instantly, with Saturday selling out faster than any other day. We’re sure The Strokes and Jack White had something to do with that.

Friday was definitely the day at Governors Ball, with Outkast headlining in honor of their 20th year anniversary. Outkast‘s undeniable energy, charisma, and funky lyrics kept the crowd dancing throughout their entire hour and a half performance.

English electro music duo, Disclosure was an unexpected hit at the festival (if you don’t believe us, you can ask Madonna, who was backstage taking pictures during their performance). Los Angeles’ native band, PAPA had an amazing, crow-pleasing set that had everyone dancing.  Saturday’s lineup was the festival’s prime acts, as it was the day that included electrifying performances by The Strokes and Jack White.

On the final day, Foster the People and Vampire Weekend incited the crowd to dance, bringing the festival to a close with an upbeat momentum that carried on long after the final act took the stage.

Luckily, over the entire festival weekend, the bad weather let up long enough to let the sunshine take the spotlight. Attendees of the music festival were recognizable, once they left Randalls Island, not only by their smiling faces but by their obvious tan lines.

The line-up for Governors Ball 2015 will be announced in seven months. The countdown has already started.