Gloria Vanderbilt Exhibit: The Left Hand Is The Dreamer 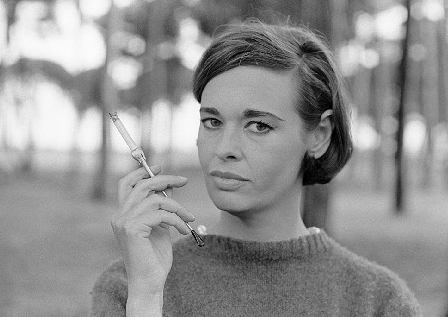 Gloria Vanderbilt has been many things in her lifetime: a mother (to Anderson Cooper), a wife, a lover (rumored affairs with Roald Dahl, Howard Hughes, Frank Sinatra, and Marlon Brando), a designer, an actress, a writer, a muse, an heiress, and more. Most recently, just after celebrating her 90th birthday, the icon has taken upon the role of an artist.

Gloria Vanderbilt and her son, Anderson Cooper, at the opening of her exhibit

A collection of her drawings, paintings, and collages are now on display in the 1stdibs Gallery at New York Design Center. More than 50 pieces, which she created in a span of eight months, are on view to the public and simultaneously on sale through 1stdibs. The exhibit is called “The Left Hand Is The Dreamer.” In an interview with W, she commented on this choice:

“In mythology and palmistry, the left hand is called the dreamer because the ring finger on the left hand leads directly to the heart. I find it a very poetic idea. And that’s why I only wear nail polish on my left ring finger.”

Ms. Vanderbilt studied art at the Art Students’ League in New York and with Robert Beverly Hale, a former Metropolitan Museum of Art curator. Her first solo exhibit took place in 1952, when she showed a collection of paintings. She has lent her paper works to the Hammer Gallery in New York and the Southern Vermont Arts Center in Manchester. The pieces on display right now are mostly playful, imaginative drawings done in plenty of color. The title work, “The Left Hand Is The Dreamer,” is reminiscent of a child-like Chagall.

“The Left Hand Is The Dreamer” 2013, pastel and collage on board

The exhibit is a fascinating look inside the mind of the matriarch of one of America’s oldest and richest families.

“The Left Hand Is The Dreamer” is at the 1stdibs Gallery on the 10th floor of the New York Design Center, from February 27th until March 28th. The works are available for purchase at 1stdibs.com.