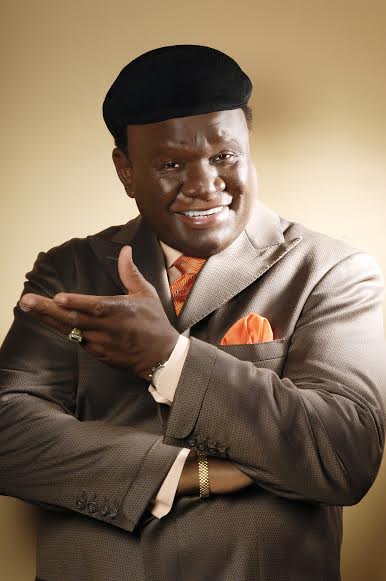 George Wallace has been one of the top American stand-up comics for decades. The Atlanta native moved to New York City in the 1970s, finding success as an advertising executive. While working in the advertising world, he tried stand-up comedy, getting his start alongside his long-time best friend Jerry Seinfeld. The two would ultimately move out to Los Angeles, finding mainstream success quickly after they each made their debut on The Tonight Show.

While George has been seen in plenty of movies and television shows, stand-up remains the focus of his career. George maintains a heavy travel schedule just as he maintains homes in multiple cities. His New York City base is close to Central Park, but his favorite restaurants are all around New York City. Over lunch at A.G. Kitchen, George took Downtown on a journey around our city, giving five local dining recommendations.

George’s live schedule is posted at www.georgewallace.com, while he can be followed directly on Twitter as @MrGeorgeWallace.

“I hadn’t been up there in 10 years or so, they’d remodeled the place, but they didn’t remodel the food. The food was so good, I’m going back on Sunday. The fried chicken and the barbecue ribs — exceptional.

It’s still run by the family. A good day to go there would be Sunday between noon and four, they have gospel brunch…The music is so good and sometimes I sing with the lady. Just a great atmosphere. If you get a chance, go to Sylvia’s, tell the manager I sent you and I guarantee whatever you have, you’re really going to like it. The prices are good, you’re going to get great helpings. If you’re talking about soul food, you’re talking about Sylvia’s.”

“It’s overlooking the [Central] Park and the food is just great. The first time I went was about eight years ago. It’s absolutely fancy, it costs a pretty penny, but the pastries were wonderful. I’ll go back there soon.”

“The #1 steakhouse in America. I have never had a bad meal there. I think they take credit cards now…Sawdust is still on the floor. The steak comes out sizzling. The waiters are 80 years old. (laughs)

Every dinner is going to be a hundred dollars a head. The first time I went had to be in the 80s, that’s when I was the vice president of an ad agency. Back then they had another location on Northern Boulevard in Queens.”

“Chinatown is still there, but I like Shun Lee Palace. It’s expensive, though. Chinese restaurants you usually get chicken wings and fried rice and it’s $8.95. I can get the same dish from Shun Lee for $27. (laughs) They do deliver.”

“I’m a guy who one day can eat for $8 and the next day it can be $600. If it’s an $8 restaurant, it’s Chick Fil-A, which recently opened in New York City. When they opened, you couldn’t get in there…They’re closed on Sundays. You can’t have a restaurant that’s that good that’s closed on Sunday. Even Jesus wants chicken on a Sunday. (laughs) That’s the finest fast food restaurant you can sit down at.”