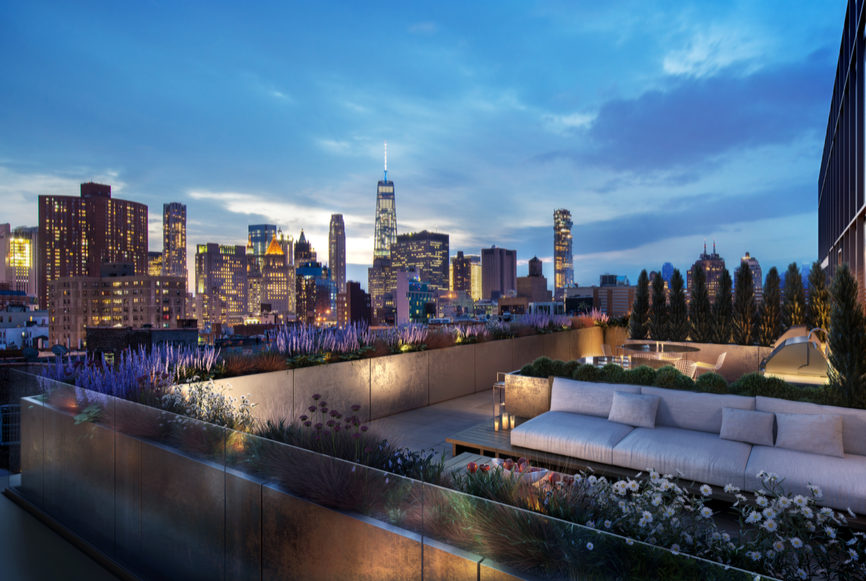 The new ESSEX STREET CROSSING is bringing together the Lower East Side community with a forward-thinking look at the way New York lives, works, and shops.

It’s hard to imagine there was even one acre of vacant land in Lower Manhattan let alone six. But there it sat, mostly vacant for 50 years until 2008, when then-Mayor Michael Bloomberg put out a call for development proposals.

The challenge was that it had to offer mixed-income residential and office space, as well as room for the longstanding community grocer, Essex Street Market. Taconic Investment Partners answered
the call, and with a team that included L+M Development Partners and BFC Partners. They offered an RFP that included luxury living and rental units, a senior living facility, a museum space, and the Market Line, a 700- foot subterranean stretch from Essex Street to Clinton Street, filled with food purveyors, retail shops, and restaurants.

“What makes New York so great is the diversity and the proximity of different kinds of people living next to one another,” says Ben Baccash, Assistant Vice President at Taconic Investment Partners.

Bloomberg’s team spent five years doing community outreach to develop the specifications for what must be included in the developments. “One thing our development team worked on in
this first phase is hitting as many of the commitments to the community as we can,” says Rohan Mehra, a principal at the Prusik Group, which is spearheading the Market Line and other retail components.

Some of the nine sites that comprise the full $1 billion Essex Crossing project include The Rollins, a residential unit (including both market rate and affordable units) and the Frances Goldin Senior Apartments, a senior living facility, both currently occupied. In addition, there will be luxury units, with everyone having equal access to the site’s amenities. “Overall this makes Essex a very forward-looking development,” says Baccash.

Essex Crossing will also include office space, and the International Center of Photography (ICP), which will combine the museum’s current Uptown and Downtown locations into one centralized space.

“The best buildings are where different programs and people collide. This building was so exciting to work on because it has so many programs and you can choreograph how they are organized and how they mix,” says Dana Getman, associate principal at SHoP Architects, which designed the site’s first condominium, 242 Broome. “We pushed the building in [because] we want people to use the sidewalks, there are retail and cafes, and the museum. [People are] going to meet on that corner so opening that space up was really important to us.”

The most exciting draw of the project is the 150,000 square foot Market Line, which will be the city’s largest marketplace, a world-class food and retail destination. “Inspired by Essex Street Market, and
the fact that we’re in the heart of this historically significant gateway to immigrants for the past 150 years, we wanted to create New York’s first world-class market,” says Mehra. “There is a proliferation of food halls, but those are places to eat.

This is a market.” Phase one of the Market Line includes approximately 75 vendors grocers, butchers, and shop-mongers all are carefully curated small businesses. “As we dove into it, we knew we needed a good representation from the Jewish, Chinese, Italian, and Latino communities,” says Mehra. A design feature, the “light scoop,” will soar above street level to give the subterranean space an airy feel.

In 2020, the next phase will honor the arts and textile heritage of the Lower East Side by including a music venue, gallery, maker space, and local fashion designers. Finally, a food hall with 45 vendors and seating, will bookend the development. Mehra says, “This whole project is really an incredible example of a partnership between developers, the city, and the community.” D

By Jill Sieracki
This article ran in Spring 2018