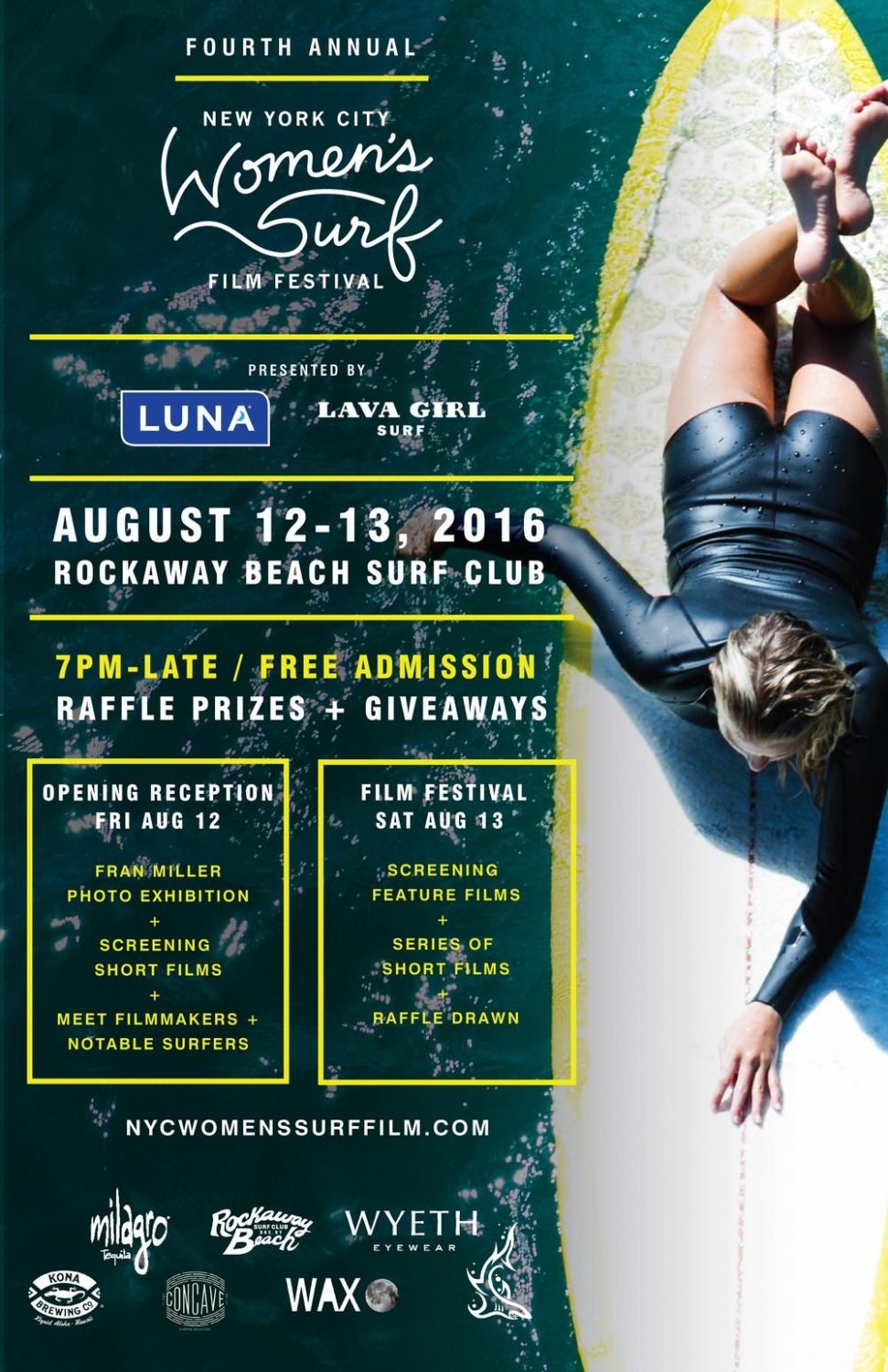 “The level of excitement surrounding this year’s Women’s Surf Film Festival is greater than ever. We have such great filmmakers, artists and surfers coming from around the world to celebrate, inspire and connect with the women’s surf community. The films are curated from around the world and the surfer’s featured represent such a beautifully diverse mix of cultures, styles and influences.”

In addition to the opening reception and film screenings on Aug. 12, Davina is especially excited about a photographic exhibition taking place on that Friday:

“This year, the film festival is enhanced by a fantastic photography exhibition by Australian surf photographer Fran Miller. Fran is a regular contributor for WSL, The Inertia and Sunshine Surf Girls…and not least, a surfer. We are thrilled to combine her art exhibition with the film festival and introduce her work to the New York City surf scene.”

The NYC Women’s Surf Film Festival 2016 continues on Saturday, Aug. 13 with more screenings. More info can be found at www.nycwomenssurffilm.com.