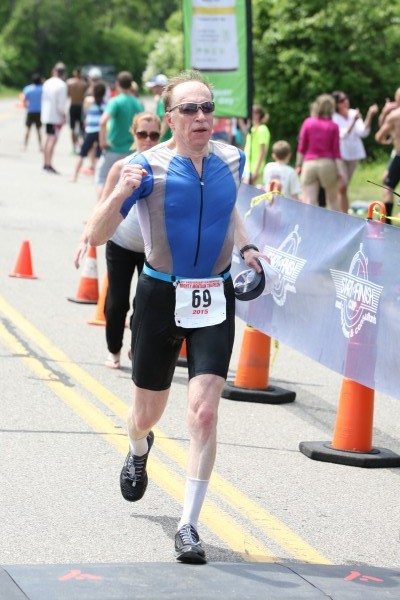 In preparation for international competition in London, noted New York developer, philanthropist and patron of the arts Elie Hirschfeld placed at the top of his age group in this weekend’s prestigious Central Park Triathlon.

The accomplished triathlete continued his impressive string of performances past the age of 65 by completing the grueling “sprint distance course” course in a total time of 1 hour 23 minutes 21 seconds.

“It’s a great feeling to compete at such a high level in my cherished hometown of New York in the park that has become a second home to me,” said Hirschfeld.

Hirschfeld and the other competitors biked two full loops around Central Park for a total of 12 miles, ran an additional three miles and finished off the event with a ¼ mile swim in Lasker Pool at the North End of the Park.

“It was a beautiful day, a great competition and to me, a great run-up to the London Full Olympic distance in London next Sunday,” said Hirschfeld who has competed in more than 100 triathlons over his impressive career.

He now heads to England for the AJ Bell London Triathlon which is the world’s largest, attracting more than 13,000 triathletes and 30,000 spectators.

“It’s a gold standard event,” Hirschfeld said. “And Central Park has played a key role in getting me ready for it.”