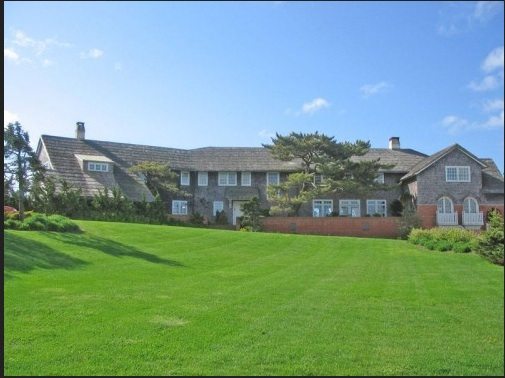 The celebrated and storied East Hampton home of the renowned New York developer and philanthropist Elie Hirschfeld will play host to the Preview Party of the East Hampton Historical Society’s 2015 House & Garden Tour.

The magnificent 12,000 square-foot mansion on 200 feet of dazzling ocean front was chosen by former President Bill Clinton and former Secretary of State and current presidential candidate Hillary Clinton as their summer vacation home in 2011 and 2012.

“It is truly an honor for me that the Historical Society selected my home as the venue for such a meaningful event on the East End of Long Island,” said Hirschfeld.

The landmark home was originally designed and built in 1920 by celebrated architect John Custis Lawrence and boasts five fireplaces, eight bedrooms, 7.5 baths, two powder rooms, a large living salon, formal dining room, gourmet kitchen and a massive library. Hirschfeld noted that the former President did a fine job of reorganizing the library during his stay at the home.

“The President showed me how he reorganized the library not only by subjects but also by putting them in chronological order,” Hirschfeld said.

Hirschfeld, whose Manhattan projects include the Grand Sutton co-op and the Crowne Plaza hotel, bought the 12,000-square-foot oceanfront property in 1996.

“Manhattan is my home, but East Hampton will always hold a special place in my heart,” says the iconic New York figure who has become a prominent figure on the East End.

In June, the accomplished triathlete excelled in the Mighty Montauk Triathlon, the proceeds of which benefitted the Lustgarten Foundation for Pancreatic Cancer Research , the St. Therese Youth Group , The East Hampton PBA and The Montauk Ambulance Squad.

The benefit Preview Party will run from 6 to 8 p.m. “Where Lily Pond Lane Meets Georgica Beach,” in the Hirschfeld home.

Tickets start at $200, which includes admission to the self-guided house and garden tour the following day. Tickets to the tour alone are priced at $65 in advance and $75 on the day of the event.

They can be purchased online or at the Historical Society building at 101 Main Street.

Or go online to: easthamptonhistory.org