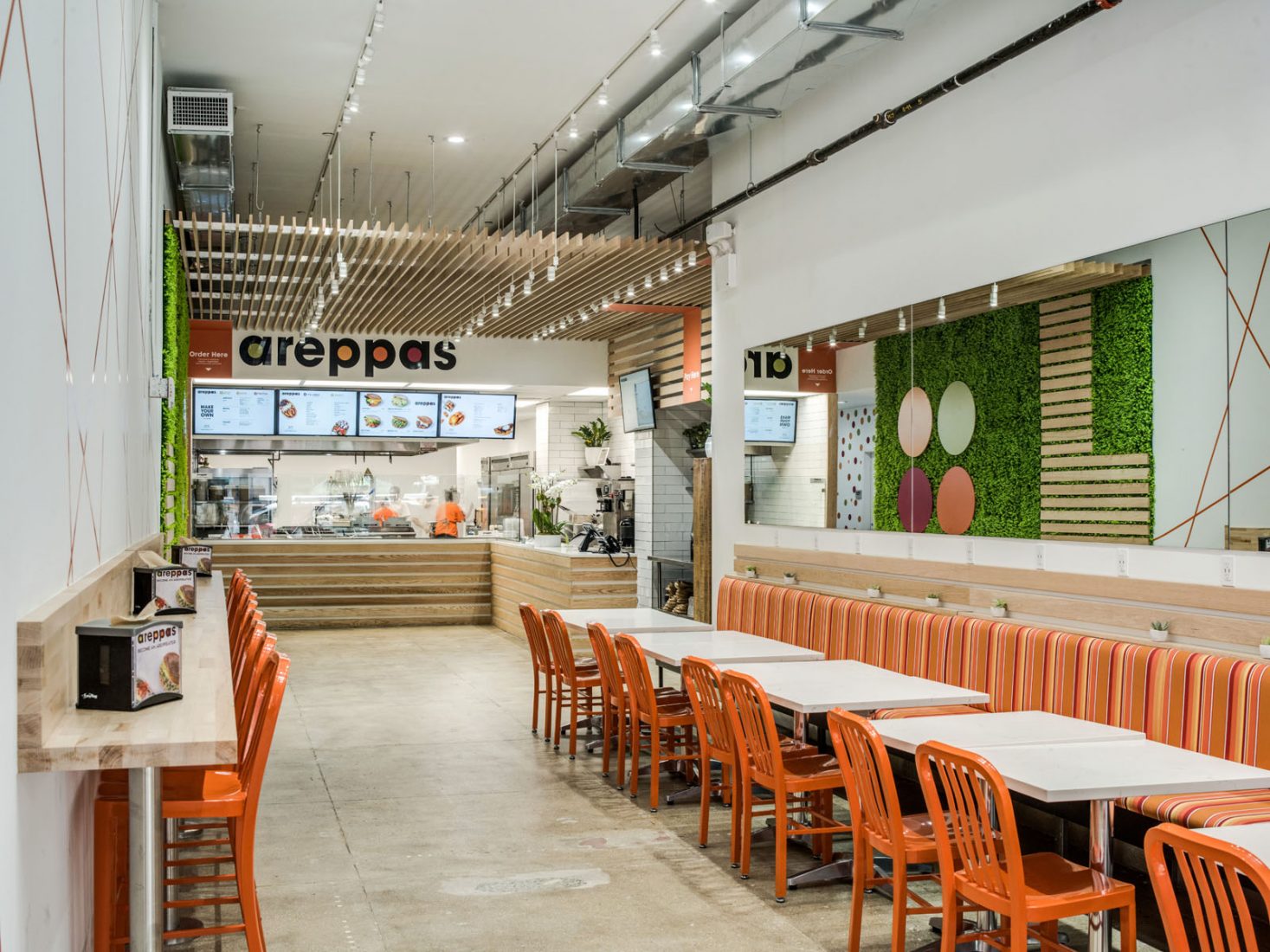 A second Areppas restaurant has opened in Downtown Manhattan. We at Downtown are offering our readers an Areppas survival guide to help you celebrate.

Every culture has its flatbread food. If you’ve heard anyone argue whether “tacos are sandwiches,” that is the truth they’re approaching. Arepas are a flatbread food common in Columbia and Venezuela. It’s a bit like an english muffin made from corn, but more flat and less crumbly. Arepas are cut open into pockets and stuffed with…well, let your imagination soar.

Areppas with two p’s is a restaurant in the sandwich shop style: Bread -> Protein -> Toppings -> Sauce. You pick as you go down the line. In addition to their signature arepas, they also have a number of other snack options, as well as arepa bowls. Arepa bowls work a lot like burrito bowls, except that you can add treats like platanos (plantains).

They also have dessert options.

The arepas and more

There are plenty of protein options for your arepa, from beef and chicken to short rib (I had the short rib). There’s also a veggie option that I was grateful to see was a lot more involved than “we cut up some vegetables for you.”

You have to be careful when you reach the toppings. The rigidity of the arepa means limited space. The number of arepa combinations is a little intimidating, especially with options that you might not be familiar with in a sandwich, like beets and chickpeas. If you’re not familiar with arepas, I would recommend going with one of the premade options, all of which looked delicious. If you’re the kind of person who loves to load up on toppings, I would recommend the bowl instead. If you’re already an expert, then you do you. Don’t let me stop you.

While you’re there, don’t forget to grab something on the side. Check out the empanadas and tequenos (think South American mozzarella sticks).

Dessert is here so that I can talk about one thing and one thing only: the churros. Oh boy. This might be one of the best churros of my life. This would be true even if it wasn’t drizzled with chocolate sauce and sprinkles and then jammed into soft-serve ice cream. It is rich and substantive while still keeping a nice crunch. The ice cream is pretty standard fare, but it’s really just there to be scooped up by the churro.

Areppas is a treat that I didn’t know existed. It’s a small chain that works to stay authentic to the food’s roots. The arepas themselves can get over-packed, but that is as much because of the number of options as it is because of the nature of the bread. Check out the new Areppas location at 115 East 23rd Street, New York, NY.