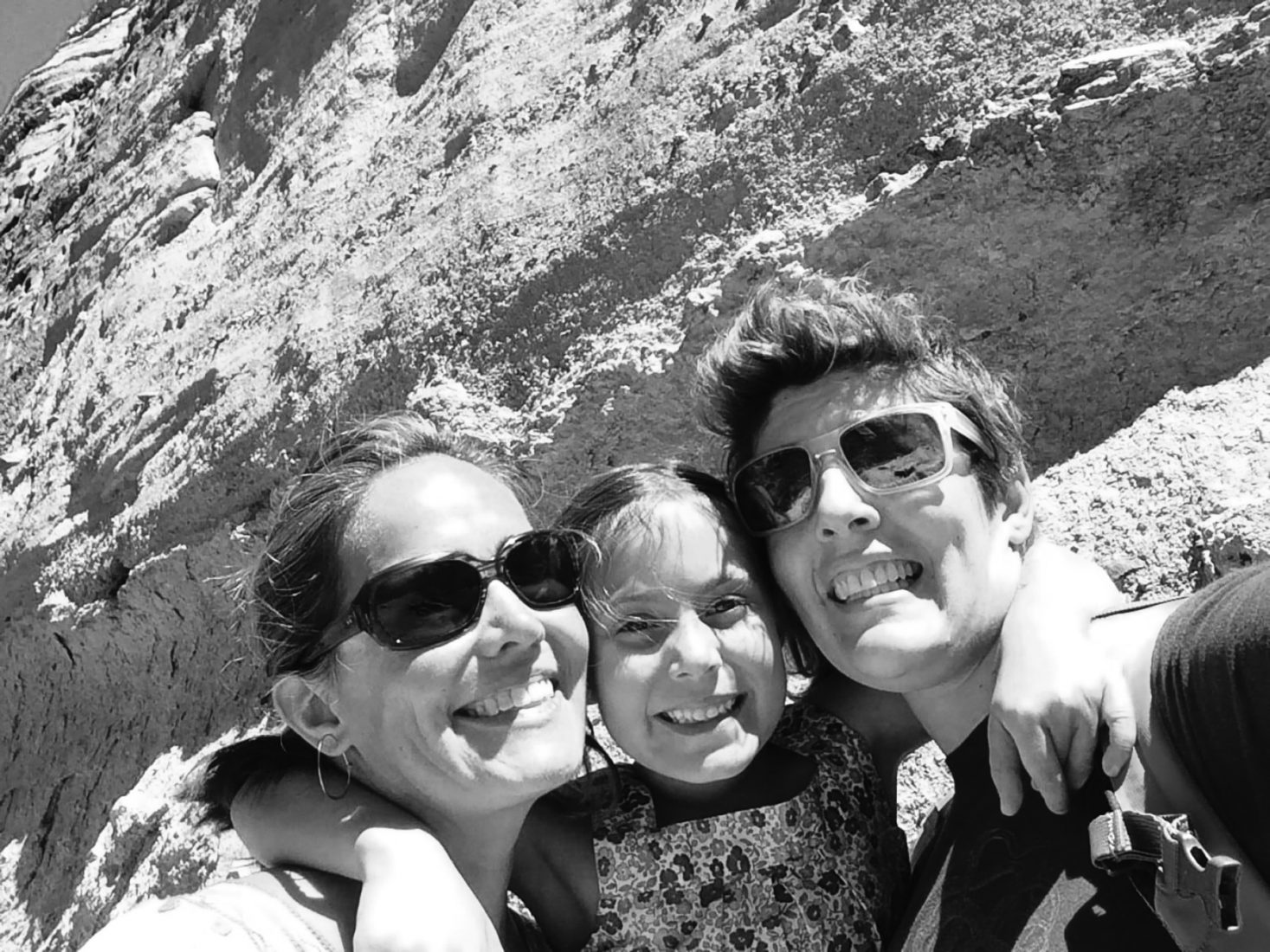 SALLY KOHN One of the leading progressive voices in America today. A television commentator on CNN and formerly on Fox News, Sally worked for over 15 years as a community organizer. Her writing has appeared in publications such as the Washington Post, New York Times, New York Magazine, More Magazine, Afar Magazine, and many others. She has recently authored The Opposite of Hate.

I am inspired by Charlene Carruthers, political thinker and activist and co-founder of the Black Youth Project 100—she’s just an incredibly powerful and thoughtful human being writing and leading at the intersection of queer rights, feminism, and racial justice. Every time I am in her orbit, in person or through her writing like her book Unapologetic, I’m better for it.

Mona Eltahawy is a radical Egyptian feminist scholar who always expands my mind in ways I didn’t know were possible. She has a new book coming out this fall called The Seven Necessary Sins for Women and Girls and I can’t wait to read it.

And then I don’t wanna name just one but I’m so inspired by all of the new progressive women leaders in Congress! I remember when my friend, the incredible organizer and leader, Pramila Jayapal was elected to Congress and it felt like such an impossible coup and one off and now she’s co-chair of the Progressive Caucus and there’s a giant record number of women, especially women of color, right alongside her transforming the way we think about power in our country and how things actually get done! Amidst all the crap and bad stuff going on in Washington and in our politics in general, this is supremely awesome and worth celebrating!

I really like people and want to understand what makes them tick; what gets them up in the morning; what gets them down; and what would really make a difference in their lives. Through all the bumps and turns, that curiosity about people has been enduring and driven most if not all of my work.

Don’t pay attention to social media; it will make you want to be someone you’re not and make you think that’s the only way to succeed. The way to succeed is to be yourself, to find what you’re passionate about, and set your own direction. And then, sure, you can post about that later, but your compass, your direction, has to come from inside.

With regards to gender equality, I don’t want to pick one fight because there’s so much that needs to happen. And it’s impossible to separate “gender” issues from race, class, anti-Semitism, Islamophobia, and so on. I think the area in general that needs the most attention is the fundamental misperception among some in our society that opportunity and progress for some comes at the cost of others. The imperfect, messy history of our country has always been made better—for all of us—when we have expanded opportunity and inclusion. That’s not just how some people move forward. That’s how we all move forward, together.

I’ve always wanted to write a book since I was a little kid.  And I’m incredibly proud of the work and thinking I put out in The Opposite of Hate: A Field Guide To Repairing Our Humanity — and incredibly humbled by the reactions of readers who are finding the book so useful and impactful in their lives and in their analysis of the world around them.

I struggle to find it every day, just like most people and especially just like most women. I was lucky to have parents who filled me with a sense that I could do anything, yet I’m always bumping up against the reality of my own constraints and the world around me suggesting otherwise. I don’t think confidence is an attitude so much as an action. Every day I put one foot in front of the other, act confidently, and hope my mind falls in line.

I don’t think kindness is everything. I happen to think structural, systemic equality and justice are even more gorgeous. But I also think the simple idea of treating everyone you meet—and everyone you don’t actually meet but simply think about or talk about—with basic respect and dignity, that is a kind of radiant human beauty of the soul that we should all aspire to. And it is damn sexy when you see it being done in real life.

My daughter.  When she laughs, when she learns something new, when out of the blue she hugs me and tells me she loves me.  Those are the best moments of my life.