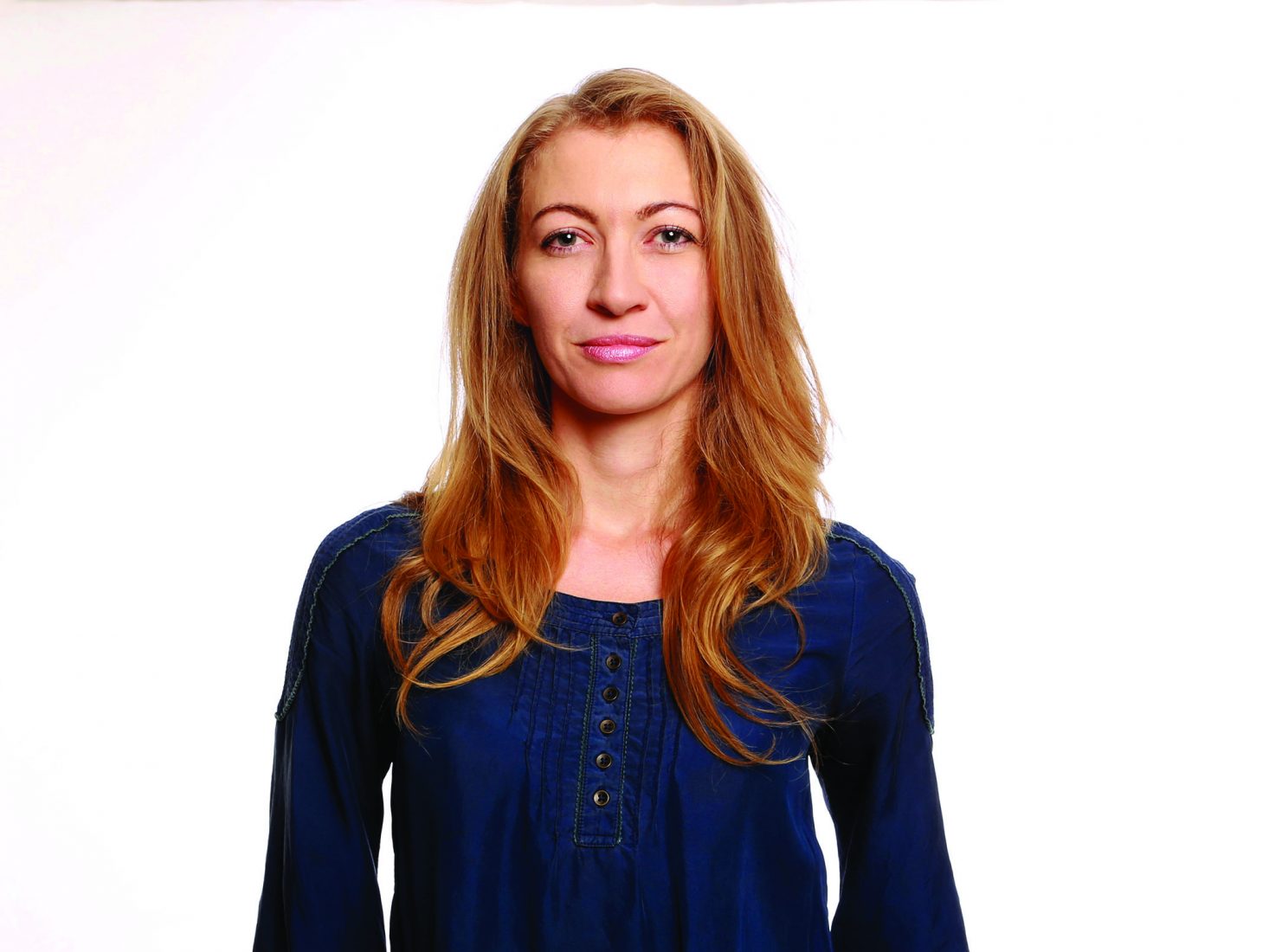 GOSIA LUKOMSKA The director of integrated media at Peripheral Vision International, who has led innovative media initiatives in the field of Social and Behavior Change Communication in East Africa.

In my work, I’ve been lucky to meet many brave, incredible women, who are changing their communities and breaking barriers, big and small. Uganda—where we do most of our work—has no shortage of women who may never become household names, but are no less inspiring. We have a segment on a program we created called Newz Beat, a weekly TV show for young people in which the anchors deliver the news in rap, where we profile citizen heroes. Recently we featured Susan Kigula, who while on death row taught herself law, obtained a degree, helped dozens of inmates get released from prison, and last year won her own freedom. Another woman we profiled is Stella Nyanzi, a human rights defender and academic who was unlawfully detained for what the government called “cyber-harassment” of the president. Lastly, there is Eunice (pseudonym), a university student whose exposition of a corrupt professor brought to light the widespread sexual abuse of female students in educational institutions at all levels. These are just examples that come to mind, but there are many. The future of Africa will be bright because of women like them.

The mission of our organization, Peripheral Vision International, is to support local organizations and activists to catalyze social change in Africa. By the very nature of how we work, we have to be very attentive, listen, collaborate and help others fulfill their mission. We’re different than many other NGOs in that sense. We don’t go into a situation with any presumptions, and we don’t even put our name on our work most of the time. We assess the environment on the ground and see what’s working. Sometimes that means using media technology that’s available rather than introducing new things. For example, we piggyback on existing informal DVD distribution networks to get our message out to remote areas. That may seem antiquated to many, but it’s what works in the context.

Be kind, but have a firm handshake.

Don’t apologize when you don’t need to.

Women’s health and childcare. We need to make it easier for women to pursue both their motherhood and professional dreams at the same time. Those two things shouldn’t be mutually exclusive but for many women, they still are. There is still a lot of stigma and guilt that women face when they pursue professional ambitions while being mothers. Societal attitudes must change, but that needs to be coupled with real policy changes. Women need adequate maternity leave, protection against pregnancy discrimination, affordable health and child-care. That would be a good place to start.

Through our initiatives, we’ve not just tapped into culture, but we’ve helped create culture and shape it in a positive way. Our programs have become part of the local zeitgeist. Newz Beat, which I mentioned earlier, became a cultural force and made the news and politics accessible to young people, which make up a huge proportion of the population. In Tanzania, we used it to engage youth during the elections. We also created Africa’s first “puppet reality show” called Chicken & Chips which is not only hilarious, but it is helping shift harmful gender norms. These shows are written, created, and produced by a team of incredibly talented East Africans whom I’ve mentored over the years. That’s what I’m most proud of in my career.