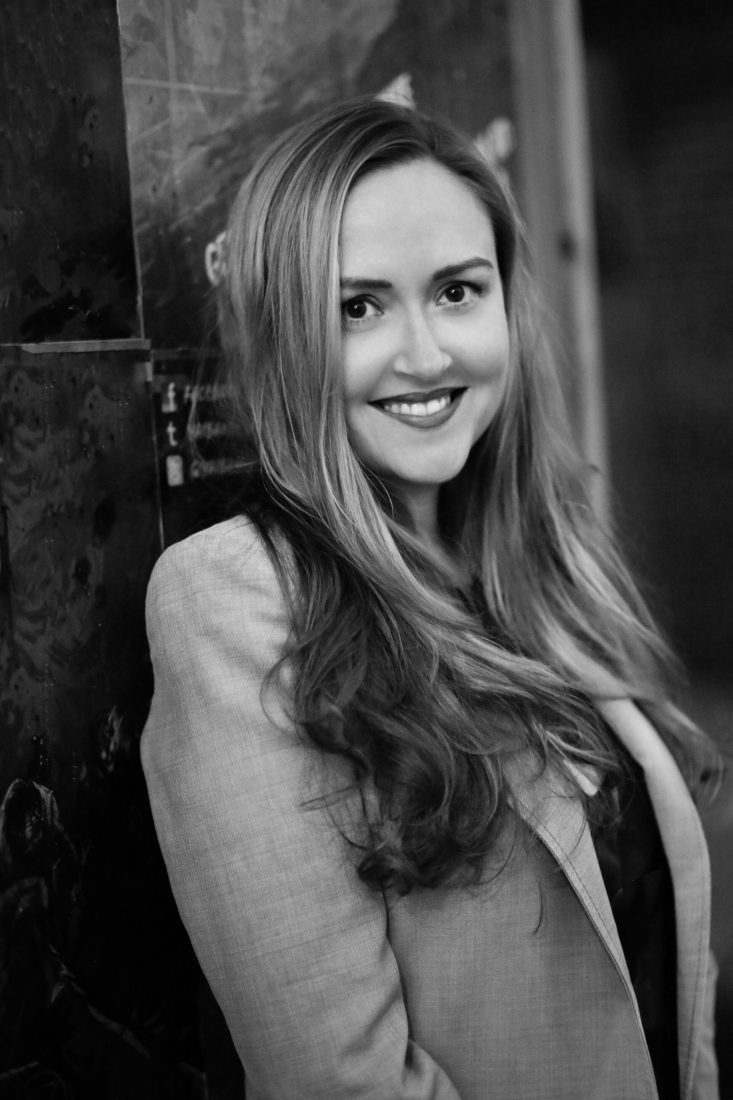 1.   Name three women that inspire you, and tell us why.

For a twelve-year-old girl in St. Louis, Missouri in 1985, Madonna’s attitude and fashion was absolutely a revelation. She made me feel as if just being a girl was somehow a rebellion.

Eleanor Roosevelt’s work to advance the rights of African Americans and women would have been enough for me to put her on this list, but she also played a pivotal role in the U.S. joining the then-nascent United Nations and drafting the Universal Declaration of Human Rights. Her powerful role really stands out a time when there were only about 10 women in Congress.

When Prime Minister Jacinda Ardern became the first elected official to take maternity leave while leading her country, she won the hearts of hundreds of millions of mothers worldwide—including mine! Bringing her 4-month-old baby to the UN General Assembly was a huge first in a chamber where the vast majority of world leaders are men. And it went a long way to dispel the notion that women cannot be both leaders and mothers. Just thinking about how many young women saw that photo and thought it was normal makes me giddy inside.

2.   What has been the secret to your success?

I am the middle child in a family of all girls, and I went to an all-girls school for most of my life.  It sounds crazy, but until I went to college, I didn’t actually know that there were jobs women weren’t supposed to have or aspire to.  This confidence, or ignorance, was a huge bonus when I was starting my career. If you don’t have that confidence/ignorance, then my second secret is that I try to inject fun or humor into my life whenever possible, including at work.  In my early 20s, I was certain that being funny was a liability, but it can be a powerful weapon when wielded correctly.  Oh, and hard work helps too.

The best piece of advice I could give is to network, build alliances, and learn how to ask people to give you what you deserve. Finding a woman mentor can also be a great source of confidence and inspiration. Also, learn quickly how to stop apologizing for wanting power and success.

4. In the fight for women’s equality, what area do you think needs the most attention?

For women to truly be equal, they will need to attain equal political and economic power.  To enable this to happen, we need to get rid of the biggest obstacles. One obstacle that really stands out is the lack of any family leave and the cost of early childcare. As someone who was lucky enough to get paid maternity leave—a paltry 12% of American women get it—I can attest to how critical having this leave was to the health of my son, to my mental and physical health, to my marriage, and to my ability to continue working full time in a way that was productive for everyone, mostly my employer.

My UN agency, UNDP, works around the globe in the poorest countries to get women elected to parliaments, pass and enforce laws against domestic violence and gender discrimination, train women police in conflict zones, help women get access to maternal healthcare, and to credit and jobs, to name just a few of the awesome things UNDP does to support women around the globe. I am incredibly proud of this work we do quietly every day in some of the most dangerous and challenging countries on earth for women.

My late father was a constant source of support to me growing up. He instilled in me the absolute certainty that I could do whatever I wanted to do, as long as I was willing to do the work. I had a lot of audacity in my 20s, and looking back I probably had no idea what I was doing. But this confidence gave me the courage to try new things and keep trying until I succeeded. I also have a solid group of girlfriends who are both in New York and across the world, who are always ready to give me advice and support. And I was lucky enough to marry a man who is a constant source of inspiration and humor.

Humor, intelligence, and a great jumpsuit.

Wandering aimlessly through book stores, turning my pillow to the cool side at night, my son’s laugh.