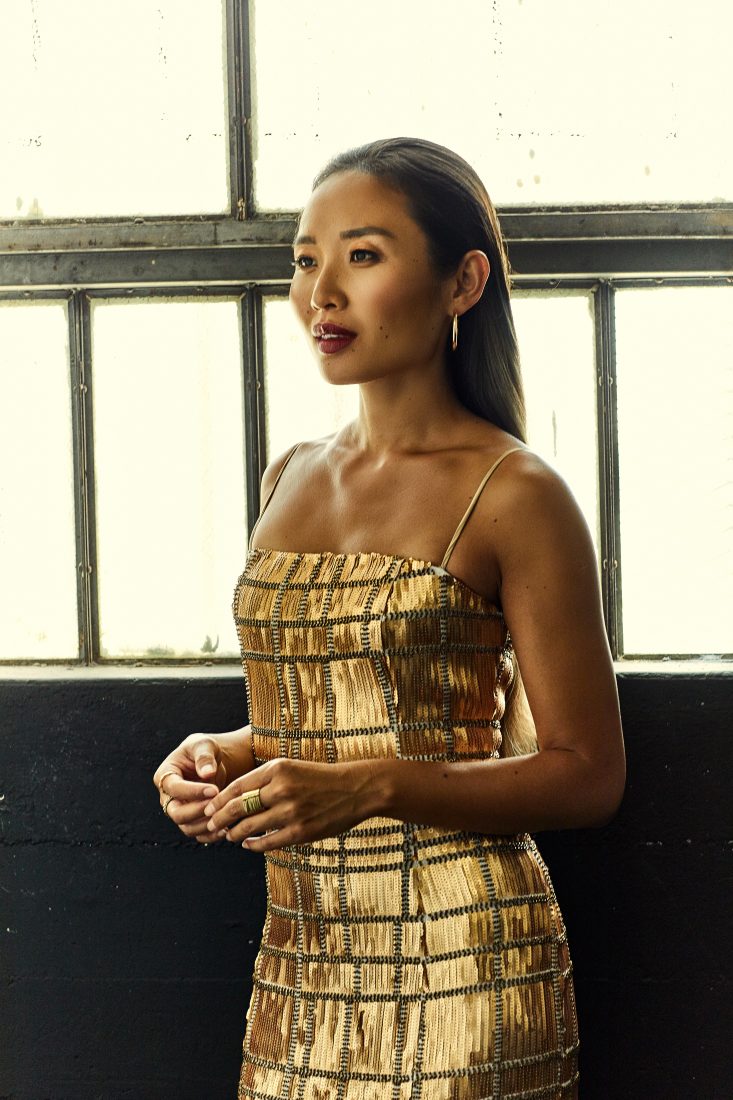 Downtown chats with actress Li Jun Li of Wu Assassins about her career, her love of martial arts, and growing up as a Chinese American immigrant.

Li Jun Li’s voice is bright and friendly on the phone. Li Li, as her friends call her, is celebrating: the electronic ad for her new show Wu Assassins has just gone up in Time Square. She plays Jenny Wah, a businesswoman who is left to run her parents’ restaurant and take care of her brother. The show is set to come out on August 8th, an auspicious date in Chinese culture, and she’s enjoying the anticipation.

Dan Metz: Could you explain why the date of Wu Assassins’ release is so important?

Li Li: Eight, in Chinese is Ba, and it rhymes with Fa, which means to make a fortune, prosperity, and success. So if you ever see anyone with a phone number full of 8’s or a license plate with a lot of 8’s, chances are they’re Chinese.

DM: I just finished watching The Exorcist season 2. I was gonna just watch a couple of episodes but I ended up watching the entire season. I was crushed about it getting canceled in the merger.

LL: Oh, thank you. Not a lot of people even knew about it, but it’s one of the best things I’ve ever done. I loved it so much. Wasn’t John Cho great?

DM: Yes! I was just about to ask: how was acting next to John Cho?

LL: Really great. We got along really well and it was so fun. I’ve been really fortunate with that cast as well as Wu Assassins, that we all really became so incredibly close. We made friends and family for life. He’s wonderful to work with. So it was a really good experience.

DM: Tell me a little bit about your character Jenny Wah. Who is she?

LL: She is a young businesswoman with a BA who had her own dreams but had to put them on the back burner when her parents all-of-the-sudden decided to move back to Hong Kong and left her with the family restaurant. In doing so, she ruined some relationships with some of the other characters in the show, and she definitely carries a lot of burden of expectations from her parents of what it means to be a good Chinese daughter, what it means to be a loyal daughter to your parents’ wishes. As well as taking care of her drug-addicted brother.

DM: Do you relate to her story?

LL: Absolutely. I’m first generation. I’m an immigrant. I moved to NY when I was 9 years old. I go through things every day that a lot of my friends who are not Asian American probably won’t understand. Wu Assassins explores similar themes, of being an Asian American living in a western country.

DM: Tell me about some of those experiences.

LL: Sure. Just normal cultural practices. As simple as taking your shoes off when you get into the house. A lot of people don’t do that. It always baffles us because you’re carrying the New York City filth into your apartment if you don’t take your shoes off.

Then there is fighting for the check at a restaurant. Some people will never understand how far we’ll go. Sometimes we see our relatives physical with each other in order to get the check for dinner. Nothing too violent, don’t worry.

With Chinese culture, we are raised by our parents up until we are independent enough, and we have our own jobs, and then the role reverses, and we then take care of our parents. We don’t see it as a debt, obviously. It’s love. It’s family. It’s something that isn’t practiced often in the western world.

DM: You have taken on a lot of diverse roles. You were a social worker in The Exorcist; you are a businesswoman and restaurant owner in Wu Assassins; you played an FBI agent. How much research did you have to do for these kinds of roles?

LL: Different roles, different research. When I was playing a cop on Chicago PD, we did some ridealongs. We trained with retired cops. We trained with guns that I think a lot of people wouldn’t be as comfortable with. It was actually really intimidating because we were given really intense situations to be in. For the FBI roles, it was obstacle courses, boxing gyms. Social worker, I just did some research on the internet.

This role is the closest to something that I can relate to. It’s one of the network’s first original stories, so we were given the freedom to really explore at our own pace.

DM: Tell me about being part of a Netflix original series.

LL: It’s definitely something that I’ve always wanted to do. Something physical. I like being physically challenged. I like martial arts. I’m not obsessed with it, but I always knew that it was a direction I would eventually take happily. So when I learned about Iko Uwais being cast in it, it made it that much more exciting because his… I don’t know if you’ve watched his movies The Raid 1 and 2.

LL: Oh my god. It’s incredible. It just changes the…it’s a whole different genre. So as soon as I found out about it, it made it that much more exciting that I got to be in this show.

DM: Tell me about training for this very physical role.

LL: It was so funny because a lot of shows, you hear actors and actresses saying, “Oh yeah, I had two to three months to train for it.” I was one of the last people to be cast for the show and I found out and I flew out in the next two days. I flew into Vancouver, I had my fitting, and after my fitting I went right into the studio to where I met the stunt team and they taught me my first fight.

I had never been so sore. I didn’t even get to warm up properly and that was completely my fault. I was so caught up and so excited that I went right into it. The next day, I have never been so sore in my life. I couldn’t even breathe in and out without everything hurting. It was awful.

We also had a very tight schedule, so we would learn the fight a couple of days before we would shoot it and then we would do it. The thing is, most of the cast, they’re actually real martial artists, so it makes it much easier for them to learn how to film on such a tight schedule.

DM: Did you have a chance to learn from some of the other cast members who were established martial artists?

LL: Not in a way that we were able to take our time and give each other lessons, but Lewis Tan who is in our cast, has become such a close and dear friend of mine. I always go to him for advice. If I’m posing for a photo, I’m always like “Lewis, is this okay? Is it at the right angle?” I just want to make sure I don’t disrespect the art or look stupid.

DM: What is next for you? If you can share.

LL: I’m not allowed to share, but it’s very exciting. And it’s a comedy. And it’s with someone that I very much admire, and have admired for a long time. So, yeah. That’s all I can say about it. And it doesn’t take place in present time. That’s it.

LL: Definitely different than anything I’ve done in my entire resume.

DM: What would you like to do in the future?

LL: I definitely want to continue to pursue this direction: action. I really do love it. I’m training on my own. I mean, granted I’ll never be as advanced as a martial artist like Iko and my fellow castmates who have been training since they were kids.

DM: What do you want viewers to take away from Wu Assassins?

LL: I just really want people to enjoy it. It’s a really exciting show. It’s important that, on top of the martial arts that are going to be amazing, we were able to achieve it without sacrificing a good story.