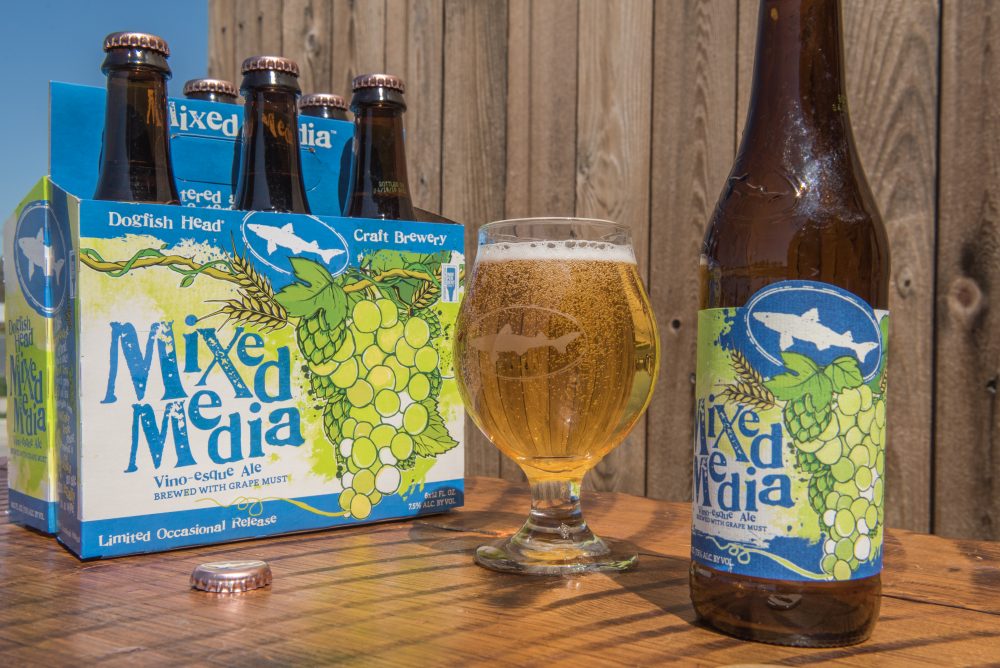 There has always seemed to be a sharp divide between beer and wine, both in composition and in culture. Although with the rise in popularity of craft beer and craft beer breweries we’re seeing hoppier additions to fine dining beverage menus, there still existed a gap in the bridge between wine and beer – until now. Dogfish Head Brewery has effectively closed this gap with a new release that’s the closest to being wine a beer can legally be, the aptly named Mixed Media.

Dogfish Head, coming from its humble beginnings as the smallest commercial brewery in America back in 1995, has grown to be a powerhouse in the craft beer scene, providing a wide range of both old standard and more experimental beers, also including several restaurants and a growing spirits division in their empire. Citing spontaneity and experimentation as two of its core values, while also putting out a wine-beer hybrid every year since the late 90s, Dogfish Head concocting a beer that takes 49% of its fermentables from grapes isn’t too tricky a picture to paint. Mixed Media weighs in with a 7.5% ABV and a spicy, white wine body, touting notes of sweet melon and white grape, according to the brewers, who go on to say that this new brew is perfect for “wine drinkers who are at beer drinking occasions.”

Mixed Media will make its debut at the end of this month, preceding the return of their Festina Pêche neo-Berliner Weisse in early May. For more release dates, restaurant locations and information about the company, visit the brewery’s website, and to stay on top of the latest news in beer, wine and everything else food, head over to our dining section.