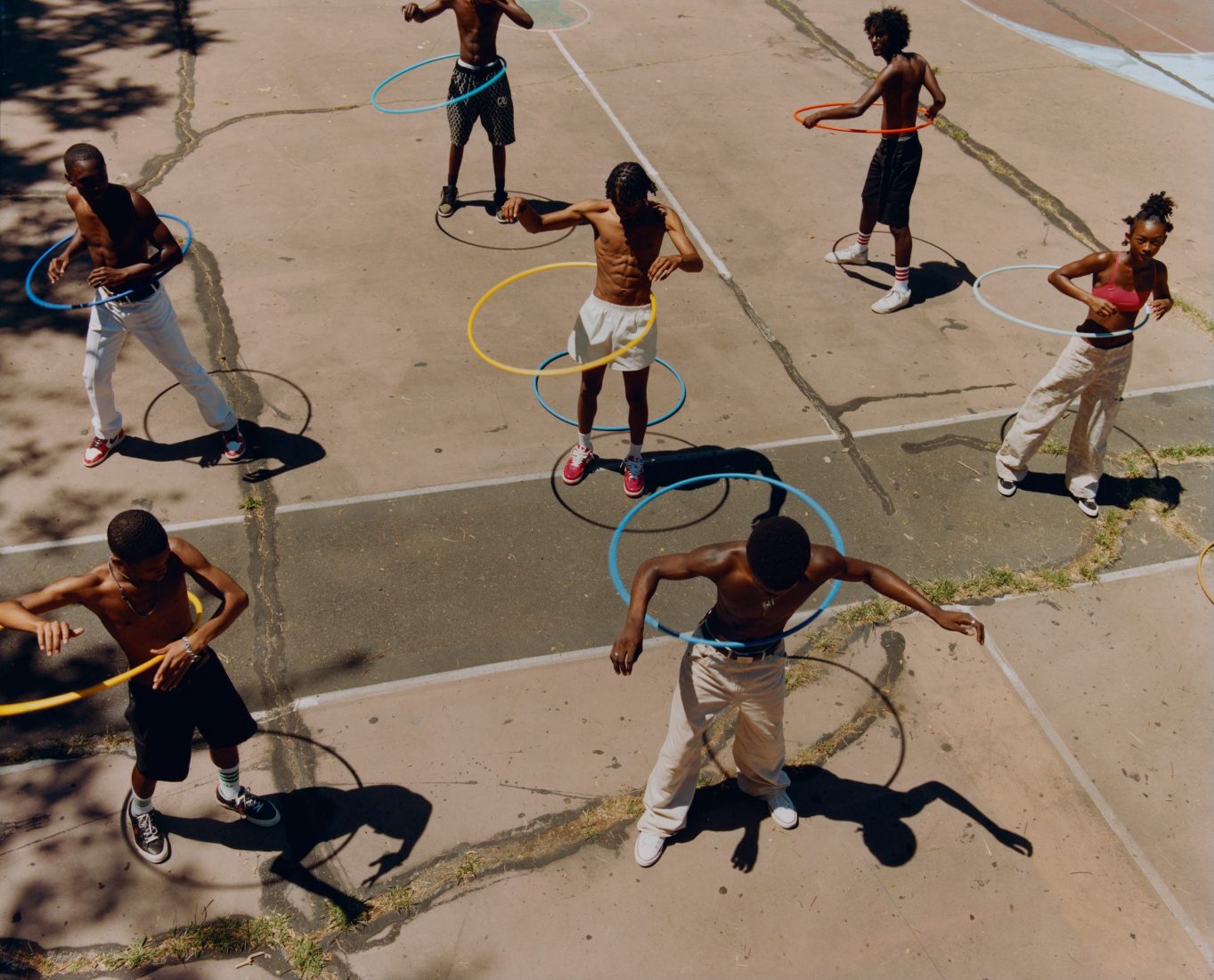 If humans had to make every decision from scratch, nothing would get done. So our brains take shortcuts–they build models based on past experience to help us make important decisions and impressions as fast as possible: tigers bad, fire hurts, Philadelphia Eagles choke. The problem is that, when our brains decide that they have enough information, they become reluctant to update the model. Worse than that, we stop seeing our model as a model; it is easier to treat it as fact.

Photographer Tyler Mitchell was fascinated by images of recreation, especially on blogging and social media sites like Tumblr. A young black man from Atlanta, he was acutely aware that the children and teens in the images, especially the boys, were all white. Very few reflected Mitchell’s life and experiences.

The 24-year-old says that his newest exhibition, “I Can Make You Feel Good” at the International Center of Photography, is utopian. It shows photos and videos of black children and teens, especially boys, playing and relaxing outdoors. Its utopian nature comes from the fact that black children are so often unable to relax and play freely.

Mitchell’s exhibition opens with three screens showing projected videos of teens. The screens are an outward-facing triangle in a room of blank walls and a single mirror, so there are no distractions. As you watch, voiceovers of young teens explore personal anecdotes of bias and prejudice. One girl recounts an incident where a store employee followed her around an arms-length away as she shopped. A boy vents frustration at how his proud Nigerian family and heritage is ignored and discarded by those who see him only as another African-American. Another girl describes the exhausting effort she had to make to manage expectations and assumptions made about her by others based on her skin tone, specifically, in this story, the parents of a white friend.

All the while, you watch videos of black kids sitting, posing, or laying in a relaxed heap on a picnic blanket enjoying the outdoors. But this–for me at least–was just a primer.

If you walk through another room full of stills of children and families, and you find yourself in a likeness of a suburban backyard: fake green grass beneath your feet and a white picket fence along the walls. Beanbag lounging beds stretch across the fake grass, inviting visitors to lie down and look up at another projector screen above their heads, with soothing, lively music playing in the background.

From “I Can Make You Feel Good” by Tyler Mitchell

This was where I had my ah-ha moment. This was where the exhibition struck home for me. I laid on that beanbag watching footage of black boys playing–riding bikes, swinging on swings, playing touch football–and I let the voices that I had heard earlier run through my mind. After a minute or so, I became aware of that assumption model working in my head, picking out flashes of recognition and sorting them according to experiences, stories, and media from some time in my past. Did that boy have the same haircut as a young gang member from the tv show The Wire? Did one of the boys on the bike look like a picture that I had once seen on the news of a bike thief? Human brains love to take images and make stories, and I became painfully aware of the tools which my subconscious wanted to use to build that story.

I thought back to the boy frustrated that people refused to see his proud family narrative; the girl trying to make sure that her white friend’s mom didn’t think of her as one of “those” black girls; of the other girl who likely now, if she didn’t before, spends all of her energy while shopping figuring out how to act to preemptively prove that she wasn’t there to steal anything.

I spent 20 minutes watching shots of a young boy’s ice cream dripping onto a camera. Watching groups of boys on swings and playing tag. And I forced myself to peel back all of the layers of assumptions which I, a 28-year-old white man who considers himself to be pretty progressive, had painted onto silent stock footage of boys enjoying the outdoors.

What Mitchell’s “I Can Make You Feel Good” has done, at least for me, is to remind me that the model exists and that the inputs are not–and never can be–so accurate that we can forget to update and reflect on it from time to time. And maybe we can approach a utopian time when everyone can look at children playing, shopping, or riding bicycles, and see nothing more than that.

Flooded With Memories: “Flood” By They Might Be Giants Celebrates Thirty Years