While women have made inroads in culinary education, professional kitchens and restaurants in recent years, the ratio of women to men across the spectrum from line cooks to chefs/owners remains low. In turn, the James Beard Foundation’s 2017 Women in Culinary Leadership program takes initiative to increase gender equality within the food world. Applications are now open for the program, with 20 positions available and 19 top industry leaders currently signed on as mentors; deadline for submissions is Sunday, Mar. 12.

Founded in 1986, the James Beard Foundation celebrates, nurtures, and honors chefs and other leaders making America’s food culture more delicious, diverse, and sustainable for everyone. The Beard House, as located on West 12th Street, will be hosting Women Chefs Rule on Feb. 27 at 7:00 PM. Downtown had the pleasure of speaking with Dirt Candy’s Amanda Cohen — who will be participating in Women Chefs Rule — and JBF President Susan Ungaro about food, working with the JBF, and what they have coming up.

More information on the James Beard Foundation can be found at www.jamesbeard.org, while Amanda’s popular establishment can be visited online at www.dirtcandynyc.com.

Where did the idea for JBF Women In Culinary Leadership come from?

Susan Ungaro: When I joined the Foundation as President over 10 years ago, having come from being Editor-in-Chief of the woman’s magazine Family Circle, it occurred to me just how few women were being recognized in the culinary/restaurant industry, and how this did not reflect the diverse food world in which we live. I was set on designing a James Beard Foundation program that encourages women to break through the “gastro-ceiling.” Rohini Dey, a JBF trustee and founder/owner of Indian-Latin Vermilion Restaurants in NYC and Chicago was the first person to call the roadblocks for women in our food world “the gastro ceiling.” In 2012, Rohini and I spearheaded the Women in Culinary Leadership program, a paid mentorship program which helps aspiring women chefs and restaurateurs build in-depth leadership and management skills either in the kitchen, or in restaurant management and hospitality.

Who were the first big supporters of the program?

Susan Ungaro: Rohini Dey was the co-founder of the WCL program and first major supporter. When we developed the concept of an accelerated learning and leadership model, the curriculum was initially tested by Rohini and her staff at Vermilion. Rohini mentored the first WCL recipient, Eliza Martin. Support of the program grew in consecutive years after that. An incredible group of restaurateurs and chefs around the country signed on to financially sponsor the women and train them in their kitchens and restaurants. Among the first mentors were Christina Tosi, Momofuku Milk Bar, New York City; Elizabeth Blau, Elizabeth Blau & Associates, Las Vegas; April Bloomfield, Spotted Pig, John Dory Oyster Bar, The Breslin, NYC; Kevin Boehm, Boka Restaurant Group, Chicago; Kevin Brown, Lettuce Entertain You Enterprises, Chicago; Tom Douglas, Tom Douglas Restaurants, Seattle; and Cindy Hutson, Ortanique Restaurants, Miami.

How has the program changed over time?

Susan Ungaro: I’m proud to report the WCL program has grown consecutively over the last four years, and for the class of 2017 there are 20 positions available offered by 19 mentors. A total of 28 Women In Culinary Leadership positions have been offered over the past three years, and of those candidates who have graduated, most have received job offers from their mentors.

The James Beard Foundation has expanded its commitment to correcting the gender imbalance in the culinary industry by launching another Women’s Leadership Program this year. The Women’s Entrepreneurial Leadership (WEL) program, which began accepting applications for the inaugural class on Feb. 15, 2017, is designed for female chefs/owners interested in growing and expanding their current culinary business. The program was initiated by JBF supporter Jodie W. McLean, CEO of EDENS, one of the nation’s leading private retail real estate companies, and will be supported by additional grants, including Women Chefs and Restaurateurs, a Founding Partner of the WEL program. WEL comprises an annual fellowship for a class of up to 20 women to attend a five-day entrepreneurship/leadership training program that will run from Sept. 10 to 15, 2017, developed with and hosted at Babson College. Targeted to women chefs/owners of one restaurant or food business, the curriculum will address advanced business and finance concerns related to entrepreneurship and expansion, as well as provide gender-specific training and leadership development. An emphasis on work/life balance and other cultural issues will also be part of the program.

In addition to the Babson curriculum, JBF’s Women’s Entrepreneurial Leadership Program will create and administer a group of mentors who agree to provide expertise and career development support to the participants on an ongoing basis once they leave our business leadership program. Occasional in-person meetings and webinars will be encouraged throughout the year in order to grow a strong network of women leaders across the country. Members of this advisory committee include James Beard Award Winning Chef Traci Des Jardins; Ruth Gresser, chef/owner, Pizzeria Paradiso; Cindy McLoughlin, JBF Trustee and Partner with CohnReznick; JBF Award-Winning Chef and Trustee Anne Quatrano and more.

What makes a person eligible to apply for the JBF Women in Culinary Leadership?

Susan Ungaro: Women with a background in hospitality or the culinary arts and at least two years of relevant work experience are encouraged to apply for a chance to participate in an eight-month mentor program with top industry leaders such as Rohini Dey, Richard Melman, Tom Douglas, Mary Sue Milliken, Elizabeth Blau, and Gina and Linton Hopkins. In addition to generously financing the sponsorship of his or her candidate, the mentor designs a development trajectory at inception, which evolves depending on the mentee’s performance and ability. Monthly written reports and coaching conference calls with the James Beard Foundation are an additional way we evaluate progress and to provide feedback and encouragement to maximize the learning experience.

What are some of the New York restaurants that have placed people via your program?

Susan Ungaro: The 2016 WCL program is the first year that has included a New York restaurant mentor and the program is still ongoing, ending in May 2017. April Bloomfield has mentored two women in this class at her restaurants The Breslin and The Spotted Pig. I’m confident that one, if not both women will receive offers to stay on.

Accepting applications aside, what’s coming up for you?

Susan Ungaro: All of us at the Foundation are busy making plans for our James Beard Awards this spring. We celebrate the best of food media in New York on Apr. 25 hosted by Andrew Zimmern and then move to Chicago for our May 1 Restaurant & Chefs Awards Gala hosted by Jesse Tyler Ferguson.

Amanda, you are cooking at the Women Chefs Rule dinner at the James Beard House on February 27. What does it mean to you to cook with an all-female lineup?

Amanda Cohen: People might say it doesn’t matter, but it does. The food press has ignored female chefs for years, and there are a lot of us out there, so to have us all in one room, cooking at the same time, is a way of saying that we are not mythical unicorns. We exist in large quantities.

What do you primarily look for in a new kitchen employee? Are there particular skills? Is it the attitude?

Amanda Cohen: There are lots of things that I look for, but the number one is showing up. Seriously. Just show up. That’s half the battle right there.

What is your favorite item on the Dirt Candy menu?

Amanda Cohen: When I choose between my children, it’s usually the youngest who gets favored, and the newest item on my menu is my most divisive: the pumpkin pad thai. The noodles are made of butternut squash and they’re garnished with fermented pumpkin and pumpkin dumplings. It’s a lot of pumpkin. What divides people is the sauce. My sous chef is Thai and we worked really hard to make sure that the sauce was real pad thai sauce — not take-out pad thai sauce, –and that means it’s very sweet and very sour and very spicy all at the same time, and for some people that’s just too much.

What was the first restaurant you ever worked at in New York?

Amanda Cohen: I did an internship in the pastry department of Bobby Flay’s Mesa Grill and it was eye-opening. I had to throw out almost everything I learned in cooking school and rebuild my skills from the ground up. I think I cried at least once a day.

When not busy with work, what do you like to do for fun?

Susan Ungaro: Escape to the movies — looking forward to the Oscars. And cook and eat simple comfort food at home with my family.

When not working, what are some of the restaurants you like most in New York?

Susan Ungaro: My favorite restaurant is the James Beard House. I think of us as the most dynamic place to eat in the city.

Amanda Cohen: I rarely go to the same place twice because I’m always trying whatever’s new, but a few places I’ve gone back to more than once are Anita Lo’s Annisa because it’s just a classic, and Jonathan Wu’s Fung Tu. We have all these Korean chefs right now who are getting acclaim for bringing high-end dining to Korean cuisine, so I don’t understand why Fung Tu isn’t getting hyped for doing the same thing with Chinese. [Editor’s Note: Fung Tu was recently featured on the Downtown website.]

Susan Ungaro: For more information and/or to apply to the 2017 WCL program, visit jamesbeard.org/women-leadership-programs. Also, our call for culinary school scholarships will be online soon. Check out our website, jamesbeard.org, and sign up for our free e-newsletter, Beard Bites, to stay up to date on this exciting food world of ours!

Amanda Cohen: Show up. As a life philosophy I know it’s not the most inspirational but — honestly — you can’t get anywhere if you don’t even bother to show up. 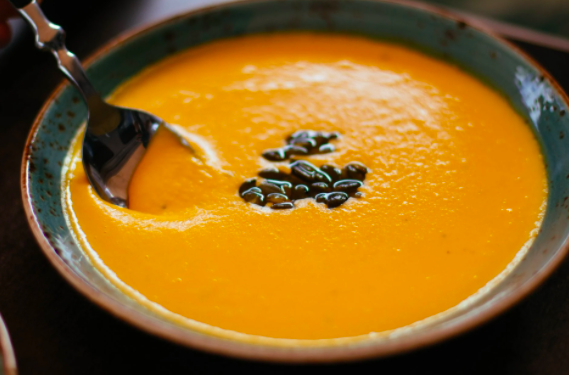