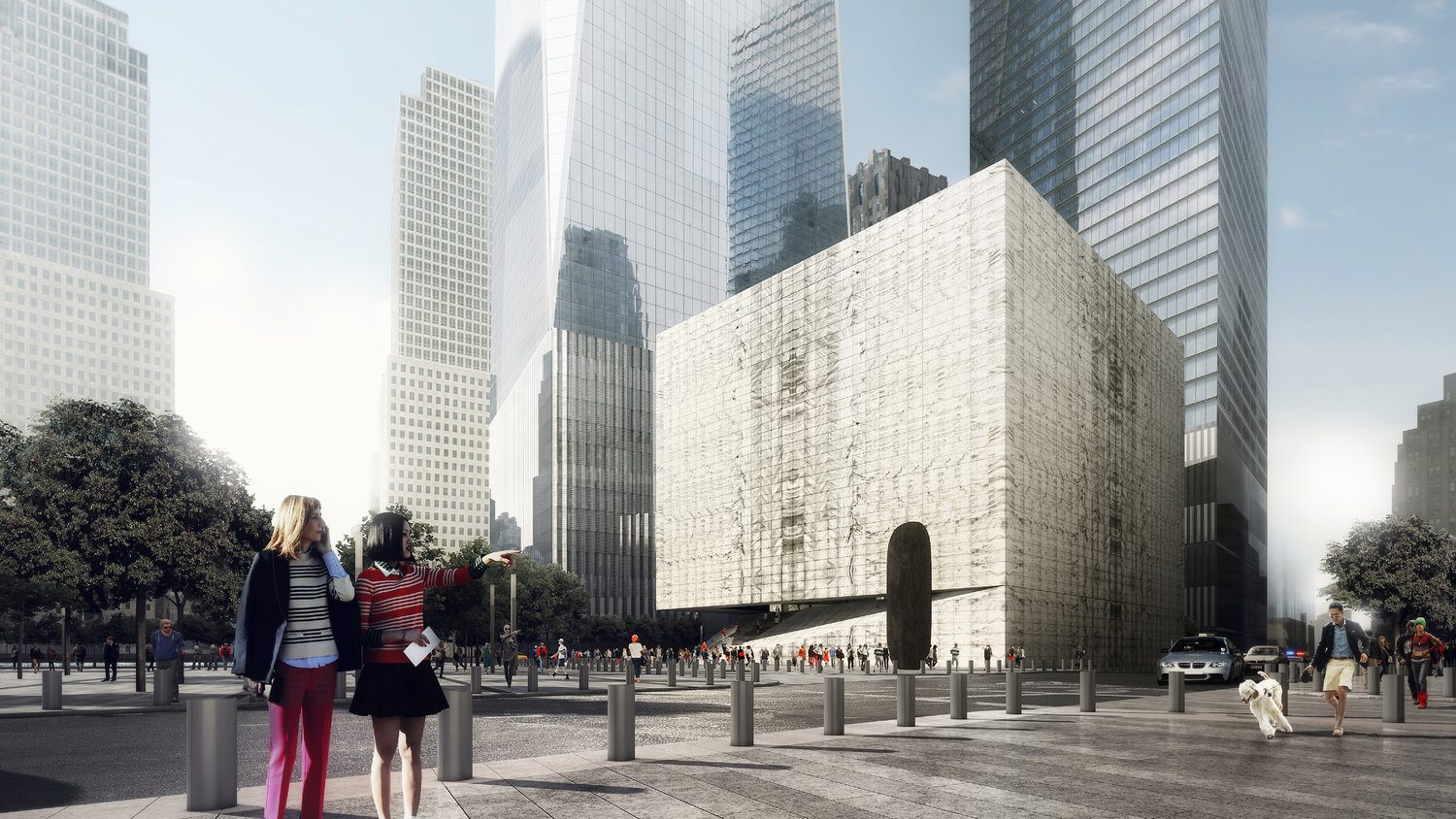 Yesterday, the board of directors of the Perelman Center and President & Director Maggie Boepple unveiled the design for the new performing arts center, located at the World Trade Center site. The Perelman Center will produce and premiere theater, dance, music, film, opera, and multidisciplinary works while offering a range of amenities for visitors and residents in the Lower Manhattan community.

In addition to its design plans, The Perelman Center’s board of directors also announced the organization’s newly-elected Chairperson: Brooklyn native Barbra Streisand. Ms. Streisand will take her place at the helm of The Perelman Center’s board effective immediately, joining a number of respected leaders in business, culture, and government from New York City and beyond.

Designed by New York-based REX, the concept for The Perelman Center is inspired by the Center’s mission to defy experiential expectations. Its design cues were taken from The Perelman Center’s aim to foster artistic risk, incubate original productions, provide unparalleled flexibility, and deliver the most technologically-advanced and digitally-connected spaces for creative performance.

“Today the World Trade Center site stands as a monument to our nation’s ability to prevail in its darkest hour,” Governor Andrew Cuomo said. “The Perelman Performing Arts Center will highlight the values that make New York exceptional — the celebration of diverse cultures from every corner of the globe. This Center will help complete the renewal of Lower Manhattan and, on behalf of all New Yorkers, I welcome this institution and thank those who are working to make this vision a reality.

“REX’s bold, elegant exterior, and ingenious interior demonstrate a deep understanding of the very specific needs of this performing arts house,” said Maggie Boepple. “Coupled with theater consultants Charcoalblue, REX has, from the inside out, designed and created brilliant solutions for this exciting project.” Joshua Prince-Ramus, Principal of REX, said, “The Perelman Center is an immensely flexible canvas on which directors can script the patrons’ entire experience from their very entrance into the building. It is a ‘mystery box,’ a constant source of surprise for theatergoers and the community. We are honored to be involved with such an important project on such an important site.”

Considered the final piece of the World Trade Center master plan, the performing arts center has — for over a decade — been part of the vision for the renewed World Trade Center site, and today’s announcement is the result of the continued efforts of key officials on the local, state, and federal levels. It is one of several milestones in recent months, including a $75 million gift from board member and benefactor, Ronald O. Perelman, that signify strong forward movement for the long-awaited project.

Larry Silverstein, Chairman of Silverstein Properties and Interim Board Chair said, “The World Trade Center master plan successfully balanced the site’s commemorative function with the need to recreate a vibrant neighborhood reflecting the energy and humanity of New York City. The Performing Arts Center is an integral part of that plan.”