Danica McKellar talks PBS NOVA’s “Secret Life of Scientists and Engineers” and her next book, to appear in the Hallmark Channel’s “Wedding Bells” 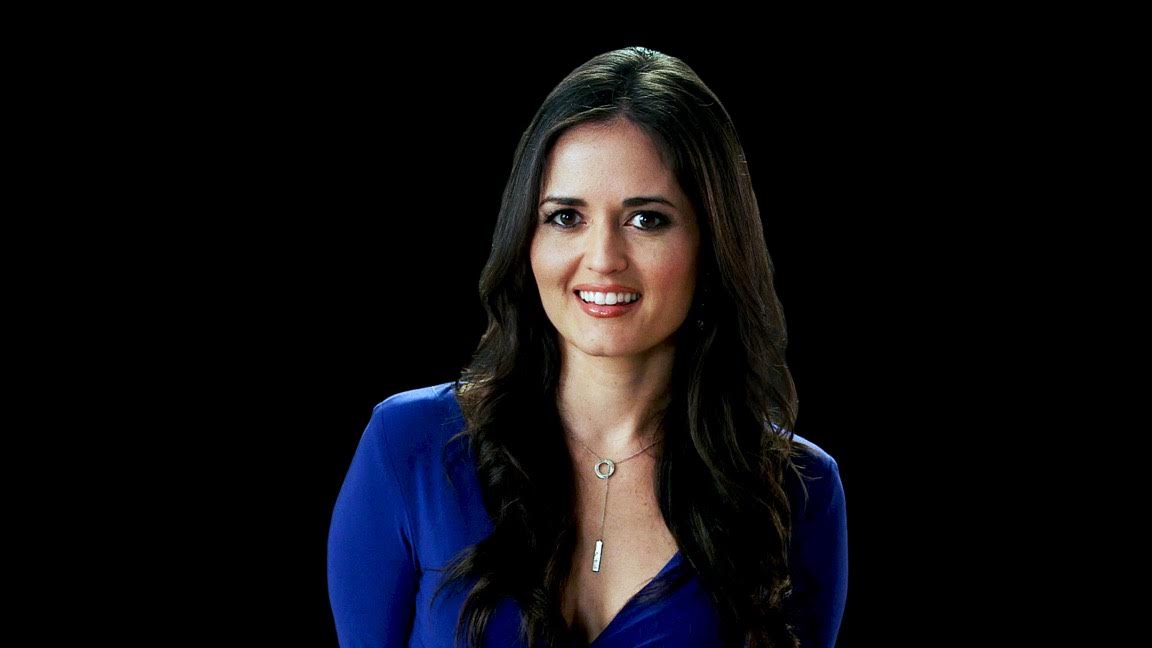 Danica McKellar first became a household name in 1988, starring as Winnie Cooper on the iconic TV series, The Wonder Years. Her turn as Winnie wasn’t her first acting gig –- she had previously appeared on episodes of The Twilight Zone -– nor would it be her last; beyond voiceover work, Danica has been seen on The West Wing, How I Met Your Mother, The Big Bang Theory, and Impractical Jokers. But close to a decade ago, Danica also established herself as an acclaimed author, having penned four best-selling educational titles.

June 2016 is shaping up to be a productive month for Danica. Related to her success as an author, Danica is featured on the Emmy-nominated PBS NOVA series Secret Life Of Scientists And Engineers this month; her Secret Life episode next airs June 2 and 7. That same weekend, her new movie for the Hallmark Channel, Wedding Bells, premieres on June 3 at 9:00 PM; she stars alongside Kavan Smith, Bruce Boxleitner, and Tammy Gillis. All the while, Danica is working on a new book for Random House.

Downtown caught up with Danica for some Q&A about all facets of her career. She can otherwise be found online at www.danicamckellar.com and visited on Instagram and Twitter via @danicamckellar.

When did you first realize that you were great at math? Did a particular teacher or mentor realize your skills and encourage you?

Danica McKellar: In the 7th grade, a teacher named Mrs. Jacobson came in mid-way through the year, and suddenly the topic that had been scary to me was accessible and even fun. That incident really taught me that presentation is everything when it comes to math and put me on a path to a life-long love of the subject.

Is anyone else in your family exceptional when it comes to numbers?

DM: Both of my parents are extremely smart, however, neither of them are in a profession that uses high-level mathematics. As a child, they encouraged both my sister and I to play brain games and solve puzzles, so that is where is all started.

How did the opportunity to be part of PBS NOVA’s Secret Life series come up?

DM: They approached me and I thought it sounded like a great idea.

Is there a professional accomplishment that you’re most proud of? Was it publishing the Chayes-McKellar-Winn Theorem?

DM: Actually, I am the most proud of my series of books aimed at encouraging girls in math: Math Doesn’t Suck, Kiss My Math, Hot X: Algebra Exposed, and Girls Get Curves.

Besides your series of books, are there plans to do more within the math field when it comes to mass media? Might we ever see you hosting a podcast or an web series related to math?

DM: I really enjoyed putting together the web series Math Bites with the Nerdist company.

Do you have a follow-up to Girls Get Curves in the works?

DM: Based on popular demand I decided to go younger. So my next book will be for the youngest of children and that will be coming out in March 2017. I am in the midst of an eight-book deal with Random House for toddlers through 3rd grade.

Is it true that you will autograph your books if someone donates a copy to a local library?

DM: At www.KissMyMath.com/autographoffer, people can see how to get an autograph from me if they donate five or more copies of my books to their local libraries. I really want to encourage availability of these books to all kids, particularly to those who can not afford to purchase them.

A few years back, I went to see the short-lived band Tinted Windows at The Mercury Lounge and you were said to be in the audience. How did you wind up at that concert?

DM: That does not sound familiar. I believe that was a rumor.

Finally, Danica, any last words for the kids?

DM: Math can be scary and hard and boring…it’s true that it has that potential. But remember that math is a language, and you can talk about anything in the language of math — it can be your taxes or the probability of whether that guy you have a crush on is going to call you.

I am dedicated to showing all kids, but girls in particular, that math is a powerful tool that you can use to make your brain sharper and stronger. It can actually be fun and relevant in your life, and is certainly not something to be scared of!