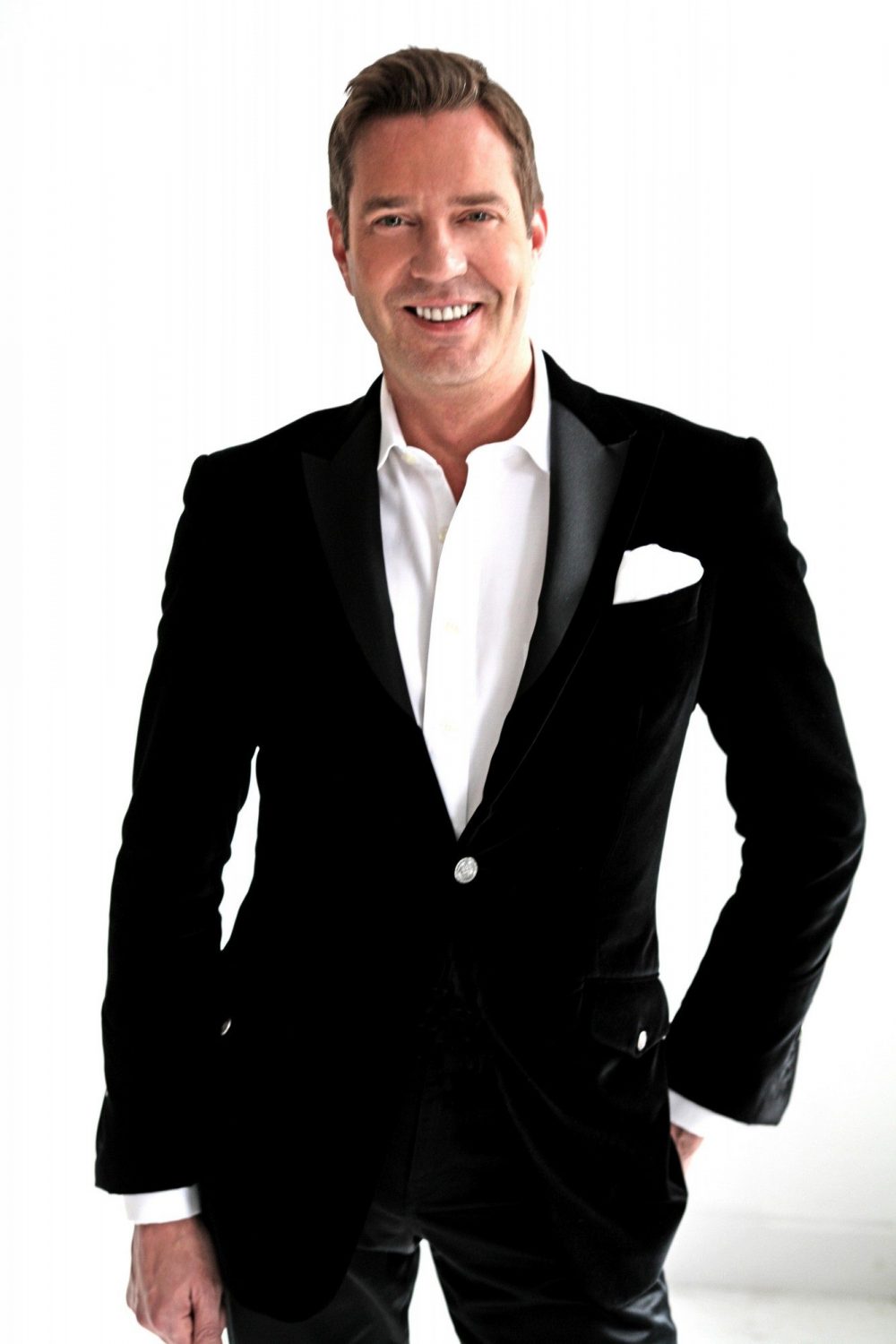 Originally from Cincinnati, Steven Reineke is not only an in-demand conductor, composer and arranger, but also the Music Director of The New York Pops. Steven joined The New York Pops as Music Director during the 2009-2010 season, conducting the Pops’ annual concert series at Carnegie Hall in addition to Pops tours, recordings and television appearances. Those responsibilities would be enough for most artists, yet Steven also makes time to serve as the Principal Pops Conductor of the National Symphony Orchestra, the Toronto Symphony Orchestra, and the Houston Symphony; he also frequently guest conducts with the Philadelphia Orchestra and the Boston Pops.

On Dec. 16 and 17, Steven will be leading the Pops for the holiday-themed Make The Season Bright. The Carnegie Hall’s event will feature four guest artists, sisters Liz Callaway and Ann Hampton Callaway and brothers Anthony and Will Nunziata. Judith Clurman’s Essential Voices USA will also be on-stage at the Stern Auditorium for Make The Season Bright. The Pops’ 34th season continues on Mar. 10 with another Carnegie Hall event, Life Is A Cabaret: The Songs Of Kander And Ebb, which coincides with John Kander’s 90th birthday.

Downtown spoke with Steven about his work with the Pops and what life is like as a conductor. The New York Pops can be visited online at www.newyorkpops.org and followed on Twitter via @NewYorkPops.

What led to you becoming a conductor instead of a musician? I understand you had also majored in trumpet performance in college.

Steven Reineke: Conductors are musicians, too! My fondest childhood memories are ones that involve making music. Whether it was playing my trumpet, playing the piano, or acting in plays and musicals, I knew from an early age that music would become my livelihood somehow. I loved playing in bands and orchestras through high school and college, but I really found my passion in conducting. There’s something magical about standing in front of an orchestra and shaping the sound of a group of musicians.

For the less informed music fan, if a conductor is presented with the same sheet music as another conductor, what makes a conductor’s style distinct?

SR: Conductors have a lot of say in how a piece of music is performed. Conductors make decisions about the tempo of the music, how loud or soft particular players should be, and which portions of the orchestra should be highlighted at any given moment. It’s very much the same as a director being presented with a Shakespeare play. You could see two completely different productions of Romeo and Juliet — the words and story are the same, but the performances are completely different. In music, it’s about how interpret the score.

Do you hang out with other conductors?

SR: I have a lot of good friends who are in the music business; many are conductors, but most are singers and instrumentalists. It’s a soloistic field, so we almost never get to work together with other conductors!

Do you ever play music for fun?

SR: Absolutely. I’ve been known to tickle the ivories at parties around town!

Outside of the classical realm, who are some of the artists and musicians that you regularly listen to?

SR: I’m a huge fan of Ella Fitzgerald but I also love listening to other great singers of that era, including Billie Holiday and Frank Sinatra to name a few. People that know me understand my huge love of Dolly Parton as well. I’m also blown away by recent solo albums by my friends Megan Hilty and Carrie Manolakos.

When it comes to the New York Pops, do you have any responsibilities beyond your work as a conductor? Do you help book any of the talent?

SR: A lot of my work at The New York Pops is behind the scenes! I work with our office staff to set the direction for the orchestra, which includes planning concerts and building programs as well as booking talent. I feel lucky to be the Music Director and Conductor at The New York Pops because that comes with the perk of seeing my vision for the organization come to life. It’s been amazing to watch programs I dreamed up become reality at Carnegie Hall!

Tell me more about the upcoming 2016-2017 season. What are some of the highlights?

SR: To be honest, I’m really excited about the whole season. We’ve had two fantastic concerts already, and the rest of the season is going to be incredible. December is always a lot of fun — we do three shows at Carnegie Hall. On Friday and Saturday, Dec. 16 and 17, we will do a concert called Make The Season Bright. I’m particularly excited to invite my friends Ann Hampton Callaway, Liz Callaway, and Anthony and Will Nunziata to sing some really fantastic holiday quartets with the orchestra. Then we’ll do our annual Family Concert, this year: Twas The Night Before Christmas. In April we’ll celebrate Kander and Ebb, another legendary composer and lyricist team. Finally, in April, we’ll explore singer/songwriters throughout history. It’s going to be an awesome season.

Are there any special events coming up that are off-site or in a unique venue?

SR: Our summer series is already in the works — we are the resident orchestra at Forest Hills Stadium in Queens. The venue is absolutely legendary. It seats 13,000 fans, and bands like The Beatles and The Who have played there. Barbra Streisand did a huge solo show there in the 60s. 2017 will be our third summer out there, and it’s really going to be spectacular.

What was the first big event you ever conducted for the New York Pops?

SR: Oh wow. It was a big one. My first concert with The New York Pops was like a conductor audition, without them even telling me that’s what it was. It was our 25th Birthday Gala in 2008, and it was my Carnegie Hall debut. Talk about a lot riding on the show! I guess it went pretty well, since they hired me that summer, and I became the second Music Director of The New York Pops in 2008!

Do you have a “bucket list” when it comes to pieces or performers that you’d like to conduct?

Do you presently have any orchestrations or compositions in the works?

SR: Nothing on my plate at this exact moment, since I’m gearing up to do all of my holiday concerts around the country. December is my busiest month of the year. I’ll be doing Christmas concerts with all four of my orchestras — The New York Pops, National Symphony, Toronto Symphony and Houston Symphony.

SR: My husband and I love to travel. A lot of times that will be getting away to a sunny beach for a few days of R&R. Other than that, we like to cook and spend time with friends.

What is your favorite restaurant in New York?

SR: Oh, that’s so hard to say because there are so many! I typically don’t need super fancy places. For barbecue, we love Blue Smoke, great Italian at Cafe Fiorello, Mexican at Rosa Mexicano, or Asian at Tao.

Finally, Steven, any last words for the kids?

SR: The single most important thing that made my dreams become a reality were the incredible teachers that nurtured and influenced me along the way, the ones that saw a special spark inside of me and fanned that flame with their knowledge and inspiration. Whether one chooses to make a career out of the arts, or simply spend a lifetime enjoying them, an early cultural education is an invaluable part of childhood development. I want every young person to have that opportunity. Don’t give up!