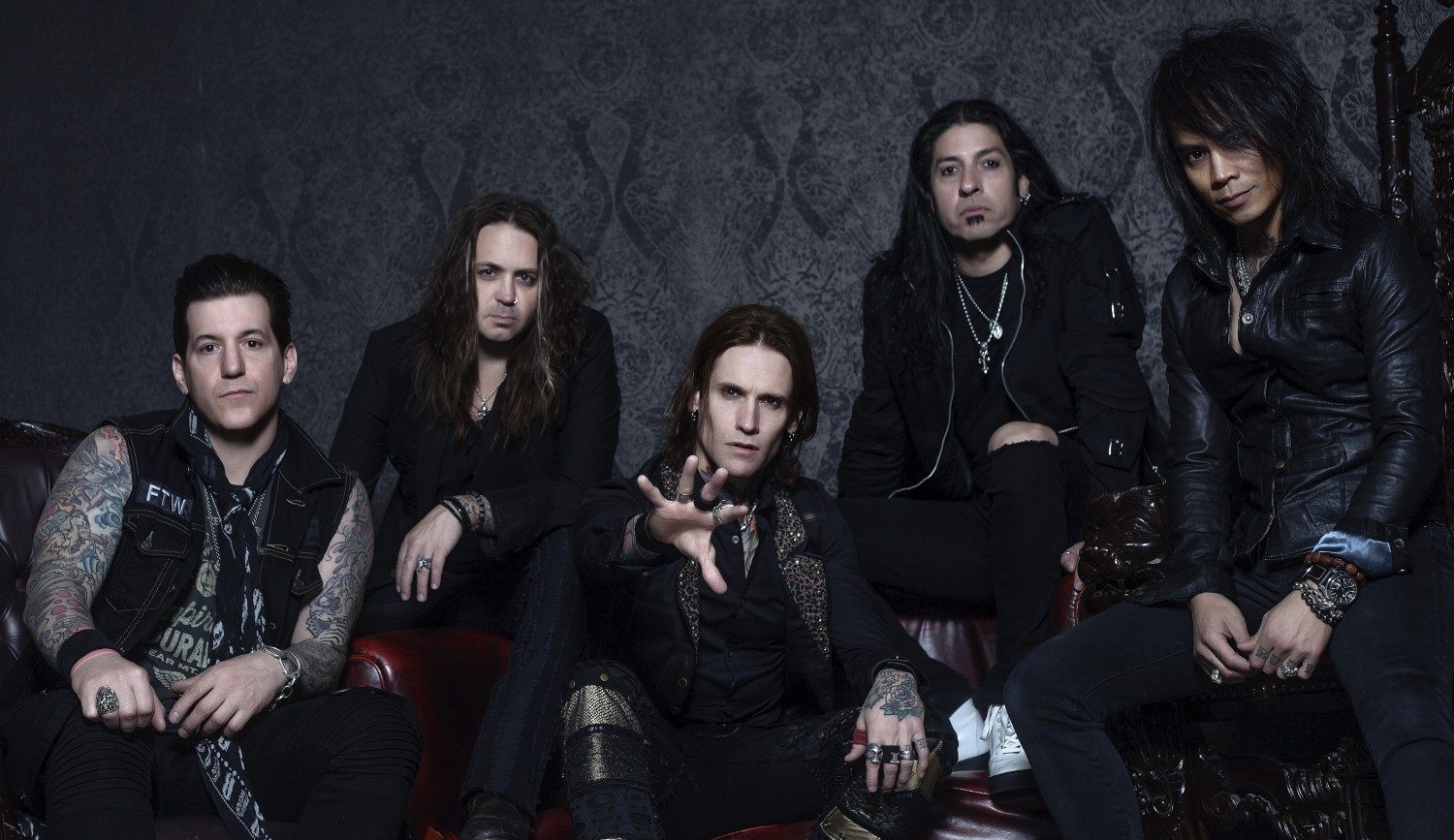 Several years after forming in 1995, the band known as Buckcherry hit it big with its self-titled album. Hits like “Lit Up,” “For The Movies,” “Dead Again” and “Check Your Head” were big on rock radio in 1999 and 2000. The band’s second full-length for Dreamworks, Time Bomb, yielded a few singles but did not fare as well. When three of its five members quit in 2002, the band went on hiatus and few people thought that Buckcherry would ever be heard from again.

In 2005, frontman Josh Todd and guitarist Keith Nelson reformed Buckcherry with three new members and, quite honestly, few people took it seriously; Josh had released a solo album and he and Keith had nearly become two-fifths of Velvet Revolver during that hiatus. But everything changed in 2006 with the release of Buckcherry’s third album, 15. 15 turned out to surpass the success of Buckcherry’s first major label effort through hits like “Crazy Bitch,” “Sorry,” “Everything” and “Next 2 You.” 2008’s Black Butterfly bought more hits, as did 2010’s All Night Long, 2013’s Confessions and 2015’s Rock ‘n’ Roll.

Now a decade since Buckcherry’s relaunch as one of America’s top rock bands, the quintet — which also includes guitarist Stevie D., drummer Xavier Muriel and bassist Kelly LeMiuex — is paying tribute to its long-standing fans by playing the entire 15 album on its upcoming tour. That U.S. run includes a Sept. 20 stop at New York’s PlayStation Theater. In support of the Sept. 20 gig, Keith spoke to Downtown about what else is coming up for Buckcherry.

The Los Angeles-based group can be visited online at www.buckcherry.com, beyond keeping up accounts on Twitter and Facebook.

On this upcoming tour, you’ll be playing all of 15. When you were recording the album, did you have any idea that some of those songs would be hits?

Keith Nelson: We recorded at the now-defunct Mad Dog Studios in Burbank, California. We did it in 15 days, that’s where the title comes from. We didn’t know we had hits, but we knew it was good and different than anything else that was going on at the time.

Do you have a favorite song on 15?

KN: So many favorites from that record, it’s been fun to revisit them all on this tour. This week my favorite it “Brooklyn.” I’m sure next week it will be a different one.

Besides 15, will you be playing songs from all of your other albums at the PlayStation Theater? Or will 15 be the majority of what’s played?

KN: We will play 15 in its entirety and a few others people may know.

Where was the first gig that Buckcherry ever played in New York City? What do you remember about it?

KN: I do believe the first gig we every played was at the Bowery Ballroom and we shared the bill with Honky Toast from New York City. We became friendly with Richard and Eric from the band as a result.

Had Slamhound or your pre-Buckcherry band ever played in New York?

KN: Josh was the frontman for Slamhound and I’m certain they played New York. I do believe the song “Brooklyn” is an account of part of that trip.

KN: It’s all about the pizza. Lombardi’s in Little Italy or L&B in Bensonhurst.

How did the tour pairing with Candlebox come about? Prior to this tour, had you ever played alongside Candlebox?

KN: We have played a few festivals and a rock n’ roll cruise or two with those guys. Great guys, great band, and thankfully no pre-recorded tracks running!

Prior to joining Buckcherry, Kelly was not only in Goldfinger, but also on the L.A. scene with the Electric Love Hogs. Did you or Josh ever encounter him back in the Sunset Strip heyday?

KN: I never did, but I was well-aware of him and his skills. I know Josh, Stevie, and Xavier were all a part of that scene and knew him.

After this tour wraps, what’s ahead for Buckcherry?

KN: Focusing on making another record and getting back on the road.

When you’re not busy with music, how do you like to spend your free time?

KN: I like to be on two wheels. Motorcycling and bicycling are two passions of mine that I actively-pursue.

I had the pleasure of interviewing you in 1999 or 2000 when your self-titled album was starting to do well. My closing question was “any last words for the kids?” and you recommended using Astroglide, as based on the advice of Steve Jones. Is that still applicable advice?

KN: (laughs) I remember that quote. It still applies. 17 years later and I’d say always stay true to what you believe in and try to surround yourself with good people. It’s a challenge in this business but not impossible.

So finally, Keith, any last words for the kids?

KN: It’s all about the songs. And develop a sense of humor — you’ll need it to survive out here!