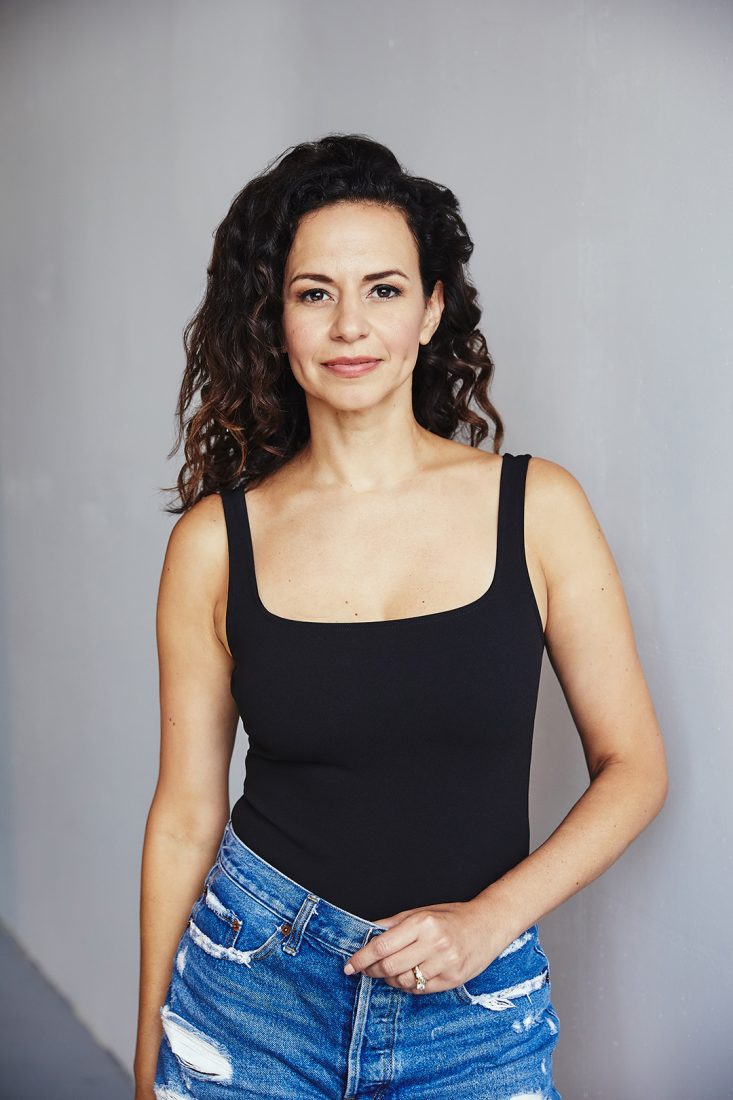 The series is part of JCC’s cancer care partnership with Breastlink New York, an initiative that offers complementary care to those living with breast cancer.

This free series kicks off on Monday, June 1, and airs every Monday at 6:00 pm. It’s co-hosted by Caroline Kohles, senior director of health and wellness programming at the JCC.

“People living with cancer right now are anxious and afraid,” Kohles says. “They are going to be sheltering in place for much longer than the rest of us because their immune systems are so compromised. They need practices and tools to help with the fear and anxiety and a bit of entertainment to distract them and keep them focused and positive.”

“Together we will laugh, cry, and learn—while boosting our health,” says Gonzalez, who is currently battling breast cancer. “Along the way, I will share my personal journey with cancer. I will also share how my theater skills and loved ones got me through some tough times.”

Currently starring as Angelica Schuyler in the megahit Hamilton (until the Broadway shutdown in March), Gonzalez also originated and starred as Nina Rosario in the Tony Award-winning Broadway musical In The Heights, for which she received a Drama Desk Award. She has starred as Elphaba in the Broadway production of Wicked, for which she was honored with a Broadway.com Award for Best Replacement. She also appeared on Broadway in Aida, Lennon, and Dance of the Vampires, and Off-Broadway in Eli’s Comin’.

Shows feature guest Broadway stars, who offer guidance to those facing health challenges during the pandemic.

Each is followed by a live Q&A on Facebook Live. You can register online in advance here.

The series will feature appearances by Dr. Alison Estabrook, renowned breast surgeon and co-founder of Breastlink New York. The June 1 episode will feature a conversation with Krysta Rodriguez (Spring Awakening, The Addams Family, In the Heights), and guidance from positive psychologist Maria Sirois, a master teacher, facilitator, author, and international consultant who focuses on the resilience of the human spirit when under pressure and/or during the significant transition.

Subsequent episodes of Broadway’s Best for Breast Cancer! will feature health and wellness experts, as well as Broadway stars:

Broadway’s Best for Breast Cancer! is endorsed by JCC community partners Sharsheret, The Nia Technique, and The American Cancer Society. It’s just one part of the JCC’s robust array of health and wellness programs for cancer care, all of them free for those in treatment or at risk for breast cancer.