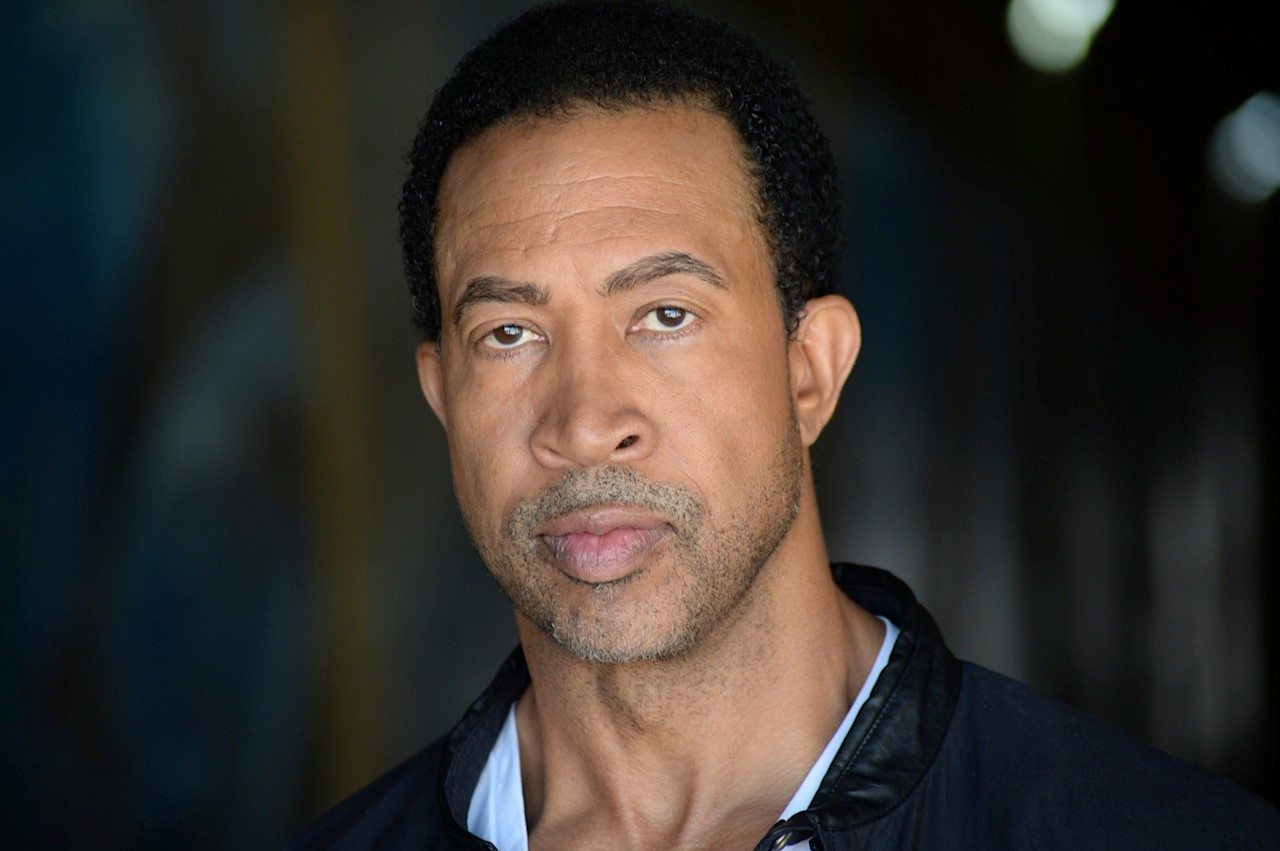 John Marshall Jones has been seen in major movies (e.g. Good Morning, Vietnam, White Men Can’t Up, Con Air), yet episodic television has been where he has thrived. Over the years, he has been part of over 100 programs of all genres (e.g. Roseanne, Home Improvement, Melrose Place , NCIS, Glee). Presently, John can be seen on the acclaimed Amazon series Bosch, in which he portrays Special Agent Jay Griffin. One show is not enough for the Detroit native, however, as he will be appearing in the fourth and final season season of the Sundance show Rectify, while also having recently wrapped work on the forthcoming Call of Duty: Infinite Warfare video game.

Downtown caught up with John for some Q&A in which he not only talked about his current roles, but how he got to where he is today. Aside from acting, John also teaches others through a series called Mastering The Audition, which has turned him into an in-demand public speaker. Beyond his website at www.mastertheaudition.com, can be followed on Twitter via @BiggieFryz and on Instagram via @JohnMarshallJones.

What was your first paying role as an actor?

John Marshall Jones: (laughs) I played the 1st gravedigger in Wisdom Bridge Theater‘s production of Hamlet, featuring a young movie star named Aidan Quinn and directed by Bob Falls who since moved on to Broadway. I sang “The Gravedigger Blues” and got an ovation every night. The production was three hours long and we did eight shows per week. I made $100 per week. It was one of the best experiences of my professional life. I met a man named Del Close who became my mentor. The rest is history.

Do you have a role you’re proudest of?

JMJ: Yes, the role of Floyd Henderson on Smart Guy. When I began, there were so many negative stereotypical images of African Americans on TV. Those images were then exported all over the world and viewed by people who thought they represented who we are. I wanted to do my part to rectify that situation, so I turned down many opportunities that would have made me famous and instead focused on roles that would allow me to maintain my dignity.

Eventually, I was offered Smart Guy. It featured the first ever African American genius on mainstream television. When the whole world was telling young black boys to go bounce a ball, Smart Guy made it cool to be smart. It allowed other kids to be accepting of an African American genius. It showed a loving stable African American family with a strong, intelligent father. It was exported on Disney Channel to 170 countries around the world and still plays to this day. Mission accomplished.

Currently you’re on Bosch as a special agent and Rectify as an ex-con. Does it ever get confusing when you’re playing such different characters?

JMJ: Not at all — it’s refreshing. I studied classical theater at Northwestern University, so this kind of flexibility was required. The interesting part is not how different the characters are, but how similar they are. My job, as an actor, is to find the humanity in every character and make them real for you. I want you to see yourself in my characters. It’s our common humanity that truly links us together.

How would you describe Bosch to someone who hasn’t yet seen it?

JMJ: Bosch is a beautiful modern day film noir detective drama. It’s very much like a movie, but be careful, you’ll find yourself watching the whole season over one weekend.

Had you worked with anyone from Bosch prior to being cast on the show?

JMJ: No, but I have worked with Patrick Cady, our director, since. We worked on an amazing Sundance series, Rectify. On Bosch I play Special Agent Jay Griffin, head of a special Homeland Security task force. On Rectify, I play Pickle, an ex-con released back into the world after a 25-year incarceration. On both, I was directed by Patrick. Small world, right?

You’ve mostly worked in TV, as opposed to stage or movies. Was that a conscious decision? Were you branded early on as a TV actor by an agent?

JMJ: Actually, I was really focused on film early in my career then at 10 years old, my son, who was living with his mom full-time, decided he wanted to live with me. I wanted that way more than I wanted to be a movie star and the movie schedule just doesn’t work very well with being a single parent, so I switched to TV. The schedule is simpler. No travel involved. It gave me a chance to really be a father to my son. Now he’s grown into the kind of young man that any father would hope his daughter would marry and I couldn’t be more proud.

From appearing on so many key TV shows in the 80s and 90s, did you wind up with a lot of jackets from being on all those sets?

JMJ: I did, and surprisingly, some of them still fit.

Another upcoming role of yours is Admiral Raines for Call of Duty: Infinite Warfare. What were sessions for that like?

JMJ: The video game production process is so strange. It’s like acting in a space suit…in an empty room. You still have the relationship with the other characters but none of the environment is actually there. Then you see it on TV and it’s like “WHOA!” You’re flying fighter jets in space and doing hand-to-hand combat with alien robots. Most of the time you can’t tell that its animation. It’s a trip.

Is there a kind role you haven’t yet done by still hope to?

JMJ: Now that my son has come of age I’m focusing on reviving my film career. I have a project called The Last Revolutionary that is going to be pretty hot.

Do you have plans to write and/or direct more in the future?

JMJ: I’ve come to realize that I’m not good at everything. Then again, I’m really good at some things. Best to stick to acting and coaching kids in flag football.

I understand that you’re also an in-demand public speaker away from acting. How did that come about?

JMJ: I was asked to speak at an event in New Orleans and it turned out really well — very inspiring. I just had a knack for it. After that, I decided to start using those motivational skills to help others. I worked with health organizations and also with Kappa Alpha Psi Fraternity on our mentoring program. It’s very fulfilling.

Given that you have such a common name, have you ever been confused for Jon “Bones” Jones?

JMJ: No, not once, but I have been mistaken for Lionel Richie a bunch of times.

JMJ: A couple years ago I bought a big screen TV and a really comfortable easy chair. I didn’t leave the house for three weeks. Scared me to death. Now I spend time outside, working on my house or hanging at the beach. That’s the beauty of Southern California — it’s summer every day.

Finally, John, any last words for the kids?

JMJ: It is impossible to do something every day to make your dream happen and have it turn into nothing. Get up every day and live with a purpose. Claim your dream as real and then go out and work like its already happened, you just don’t see it yet.