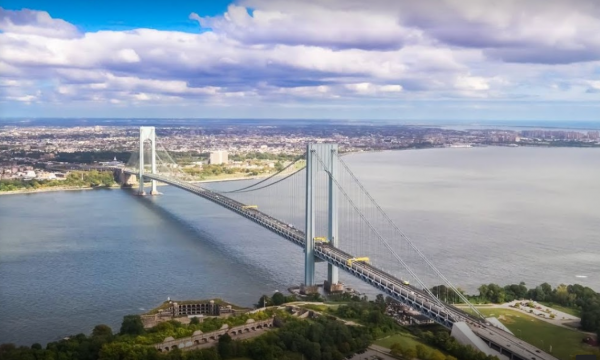 Julio Vincent Gambuto is so glad to be home.

Even more precisely, the film writer and director is not only happy to be back in New York, but back making films – or ‘Valentines’ as he delightfully refers to them – that are centered around his home borough of Staten Island.

After living in Los Angeles while he pursued a Masters degree at USC Cinematic Arts, the Emmy winner then worked for E! Entertainment and Nickelodeon, before returning home to begin making the movies he’s been dreaming about and planning for the last few years.

“My stories are about family and the real experience of growing up on Staten Island in the ’90s,”  Gambuto has said. “They’re a Valentine to my family and the people of the South Shore, so the characters have deep heart.”

‘Team Marco’ is his first production for ‘Borough Five Pictures’, and it is a heart-warming story of laughter and love shared through sports, in this case the traditional Italian game of bocce. It tells the story of a young boy who is too attached to his iPad and has his eyes opened by his old-school Italian grandfather.

The inter-generational friendship and the style of storytelling planned for the movie hark back to the classics ‘Cinema Paradiso’ and De Sica’s ‘Bicycle Thieves’, and whilst Gambuto acknowledges the budget constraints for this initial venture, he’s planning for the film to have a definite look, strongly honed by the talent of his crew. ‘Not to Wes Anderson level’, he laughs, ‘but with a definite sense of style’.

With Andrew Scrivani, the New York Times‘ food photographer, as the film’s producer, Borough Five easily raised over a million dollars in its first round for financing and is quickly moving to double that. But at this very instant, Gambuto is focused on a tasty task; finding the best Italian rainbow cookies in the borough.

Go to these websites for more information about Team Marco and BoroughFivePictures.com