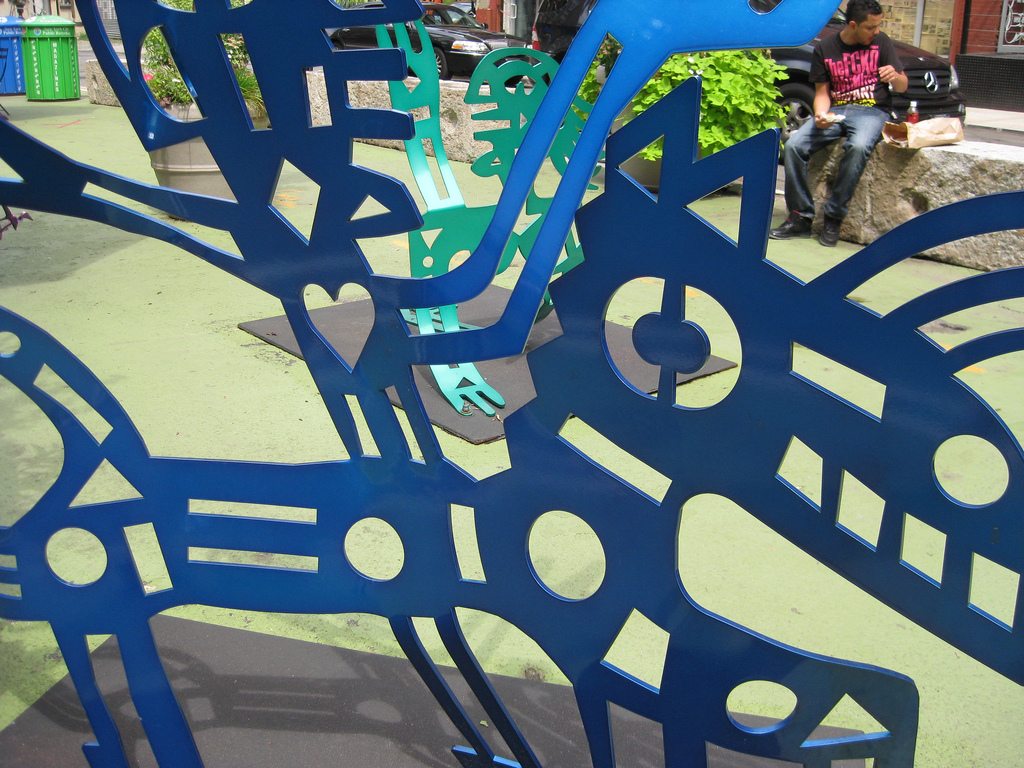 For the first time in five years, local artist Eleanora Kupencow has her own solo exhibit. Her exhibit, titled “Body Parts” is currently on display at Anderson Contemporary located at 180 Maiden Lane. The gallery features her work in both painting and sculpting, along with a couple of her uniquely designed “Fun Seetz” affectionately titled “Dash Hound” and “Fat Cat.” Two other pieces sure to catch the eyes of viewers are the 11 foot tall sculpture “Interfacing Couple” and the 10 foot tall “The Jitterbugs.”

Perhaps Kupencow’s best known sculptures, the “Horsing Around the Arrows of Time” series, were previously installed at two different locales within the city. The sculptures’ first stint came in 2008, where they were displayed atop the steps of Dag Hammarskjold Plaza for a year. They were then moved to the Pearl Street Triangle in Dumbo, Brooklyn where it stayed until 2010. Today, they are a permanent fixture at the Children’s Museum of the East End in Bridgehampton.

Kupencow’s exhibit will be on display until May 1st. The Gallery at Anderson Contemporary is open from 11 a.m. – 6 p.m..